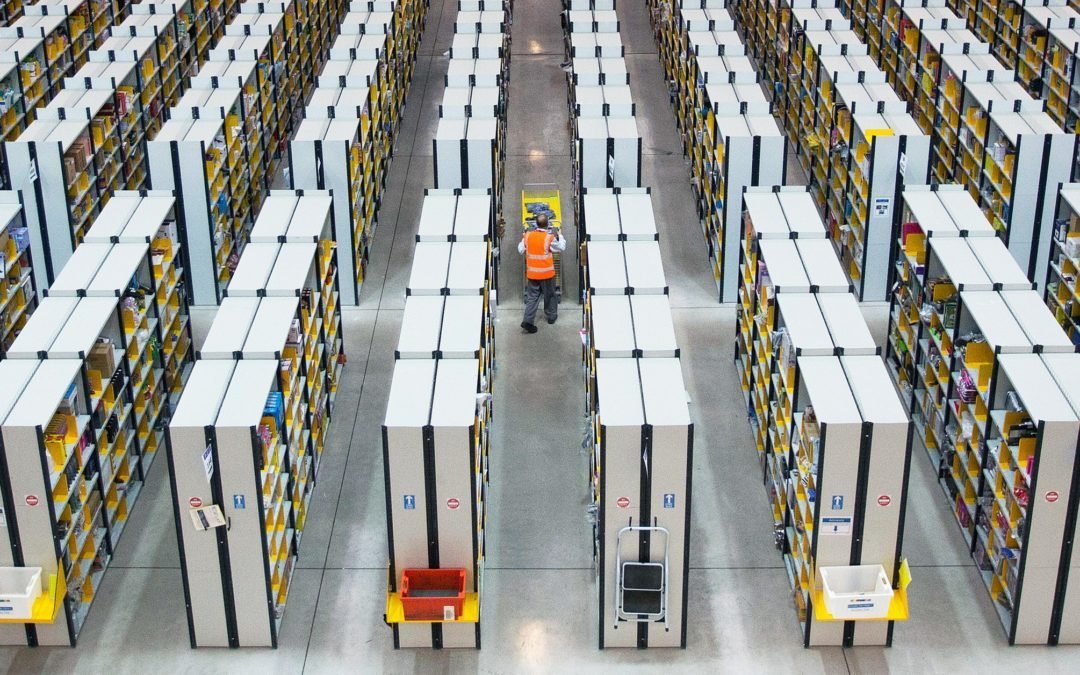 I sometimes think that if you could look in the safe behind Jeff Bezos’ desk, instead of the sports almanac from Back to the Future you’d find an Encyclopedia of Retail, written in maybe 1985. There would be Post-It notes on every page, and every one of those notes would have been turned into a team and maybe a product.

Amazon is so new, and so dramatic in its speed and scale and aggression, that we can easily forget how many of the things it’s doing are actually very old. And we can forget how many of the slightly dusty incumbent retailers we all grew up with were also once considered radical, daring, piratical new businesses that made people angry with their new ideas.

Benedict Evans is a partner at Andreessen Horowitz with a focus on consumer technology, ecosystems, and mobile platform. A long-time mobile analyst, Benedict has been working in the media and technology industries for 15 years.

This goes back to the beginning of mass retail. In Émile Zola’s Au Bonheur des Dames, a tremendously entertaining novel about the creation of department stores in 1860s Paris, Octave Mouret builds a small shop into a vast new enterprise, dragging it into existence through force of will, inspiration, and genius. In the process, he creates fixed pricing, discounts, marketing, advertising, merchandising, display, and something called “returns.” He sends out catalogs across the country. His staff is appalled that he wants to sell a new fabric at less than cost. “That’s the whole idea!” he shouts. Loss leaders are nothing new.

Meanwhile, the other half of the story follows the small, traditional shopkeepers in the area, who are driven out of business one by one. Zola sees them as part of the past to be swept away. They’re doomed, and they don’t understand—indeed, they’re both baffled and outraged by Mouret’s new ideas. Here’s the draper Baudu:

The place would soon be really ridiculous in its immensity; the customers would lose themselves in it. Was it not inconceivable? In less than four years they had increased their figures five-fold … They were always swelling and growing; they now had a thousand employees and twenty-eight departments. Those twenty-eight departments enraged him more than anything else. No doubt they had duplicated a few, but others were quite new; for instance a furniture department, and a department for fancy goods. The idea! Fancy goods! Really those people had no pride whatever, they would end by selling fish.

Mouret had a catalog, but it was Sears Roebuck that used catalogs to transform retail again. The pages below come from the retailer’s 1908 catalog; white-label and private-label products are not new either, and you can bet that Sears was using sales data to decide what market segments to enter next.

Amazon, of course, is the Sears Roebuck of our time, but it’s more than that. Amazon is systematically going through every branch of the idea tree around what retail is, and doing it without any pride. It’s trying everything that anyone has ever tried before, and anything else that it can think of that might make sense, as well. There is no one saying “that’s a good idea, but we’re a website so we wouldn’t do that.”

The clearest place to see this is in Amazon’s moves into physical retail. This is the opposite of pride or “principle.” Amazon’s job is “to get you the thing,” not “to be a website,” so what are the best ways to do it? What else might work? The project to make a convenience store with no human checkout process is an obvious experiment, now that machine learning and computer vision offer a route to make it work. (There are a number of startups pursuing all the possible vectors to doing this.)

More interesting, though, are the Amazon Four-Star stores, physical retail stores —currently in New York and Berkeley, California—that only sell products rated highly by users on its site. I joked on Twitter that they feel as though they were designed by very clever people who have seen shops in Google Street View but have never actually been inside one. There’s a sense of cognitive dissonance: The selection of products appears to be completely random. There’s a rice cooker, a Harry Potter Lego set, a cushion, a Roomba, a mixing bowl, a book about trees … It makes no sense. (In the words of Zola’s Baudu, “Those people have no pride!”)

Of course, sometimes “it makes no sense” is the right reaction (remember the Fire Phone after all). But when clever people do things that make no sense, it can be worth looking twice. Is this a new discovery model? A different way to change how people think about purchasing? Well, it’s another experiment.

All of this reminds me of stories about early Google and how the company systematically rethought everything from first principles. Sometimes this was just a painful waste of time, as it learned the lessons everyone else had already learned, but sometimes the result was Gmail or Maps.

Sometimes the experiment is still in progress: Though Amazon has managed to put Alexa into more than 50 million homes, it’s not yet clear what strategic value it will gain. But it’s better to own the experiment and get the option value than to sit on the business you already have and watch someone else try something new.

On the other hand, it’s interesting that Amazon seems to be doing as much experimentation as possible around the logistics model—from stores to drones to warehouse robots of every kind—but much less around the buying experience, other than small-scale tests of the Four-Star stores. After all, historically, department stores were about pleasure as much as they were about convenience or price. They changed what it meant to “go shopping” and helped turn retail into a leisure activity.

This has always been the gap in the Amazon model. It’s ever more efficient at finding what you already know you want and shipping it to you, but bad at suggesting things you don’t already know about, and terrible whenever a product needs something specific—just try finding children’s shoes by size.

This is probably inherent in the model. For Amazon to scale indefinitely to unlimited kinds of products, it needs to have more or less the same commodity logistics model for all of them. That’s the line it’s never been willing to cross. Amazon doesn’t do “unscalable.” And yet, while we now know there is nothing that people won’t happily buy online, not everything will fit that commodity model. So maybe that’s the real test of Amazon’s pride: Can it work out how to let us shop rather than just buy?