An Artist Takes an Unflinching Look at Her Own Hysterectomy 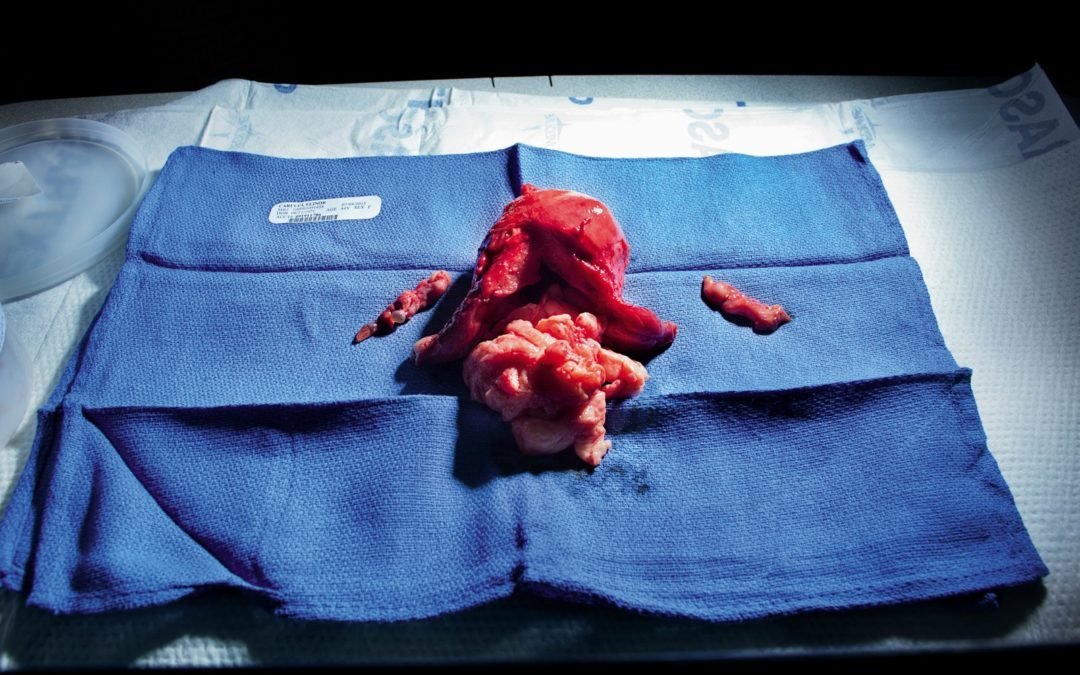 Elinor Carucci was just waking up following major surgery when her husband Eran gently whispered, “We have to take the picture now.” Before her hysterectomy, Carucci had convinced the hospital to let her document her own uterus post-op. But time was tight. The surgeon rushed to her bedside with a plastic bucket, lifted out the organ, and laid it, red and glistening, on a blue cloth-lined table before her. Reeling with anesthesia-induced nausea, Carucci summoned all her mental strength to fire off a few shots—click, click, click—before falling back into unconsciousness. 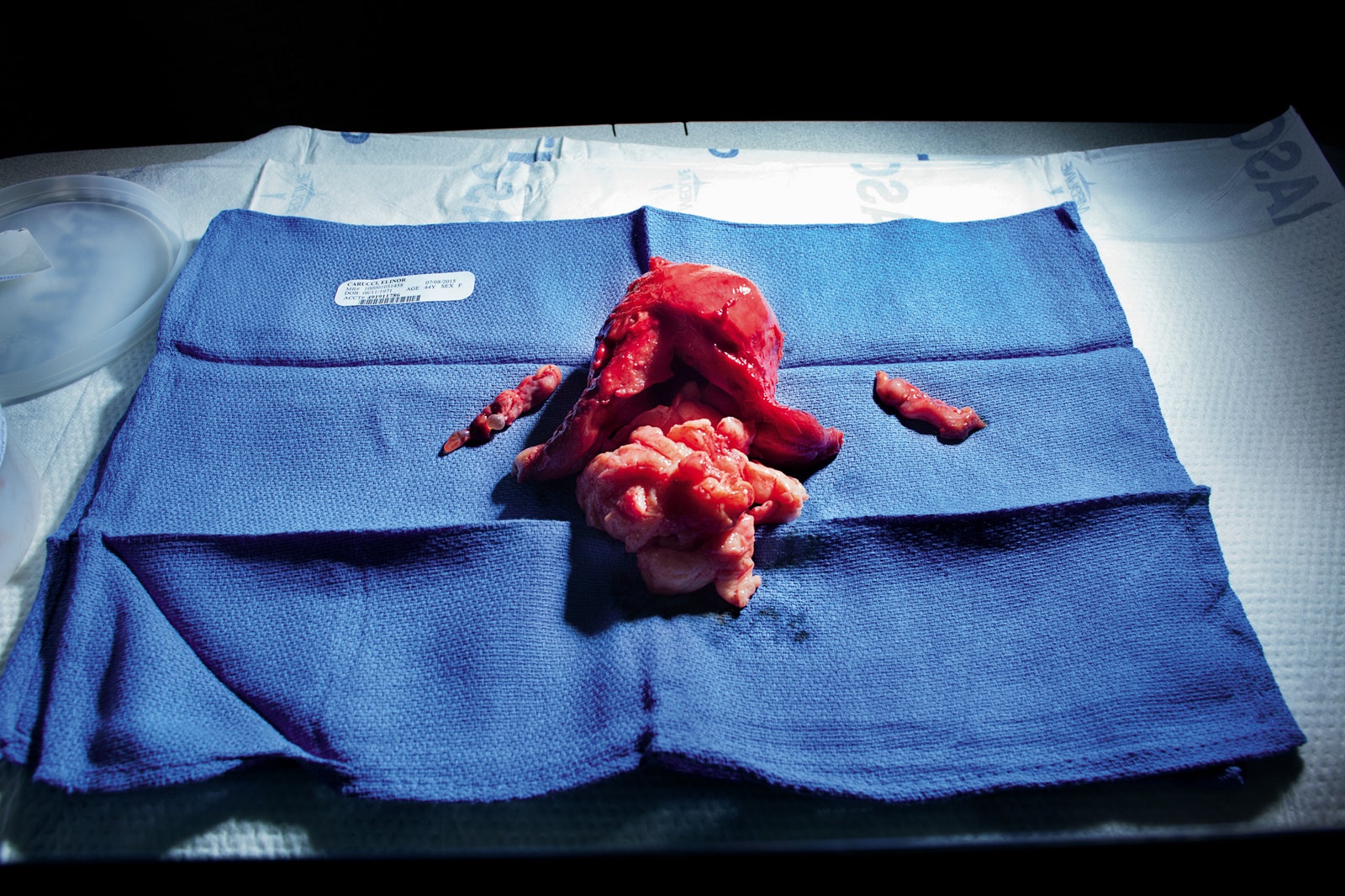 ‘My Uterus’ was taken after Carucci’s hysterectomy in 2015. Photograph: Elinor Carucci

A third of American women undergo hysterectomies, most in their forties, like Carucci. But few see their disembodied wombs, much less photograph them. The image appears like a gut-punch at the center of Carucci’s new book Midlife, an unflinching exploration of middle age and corporal loss that wasn’t easy to make.

“I had to look at my body up close and personal, look at my uterus for the first time, and part of it was damaging,” Carucci says. “It was just really hard for me to see.” 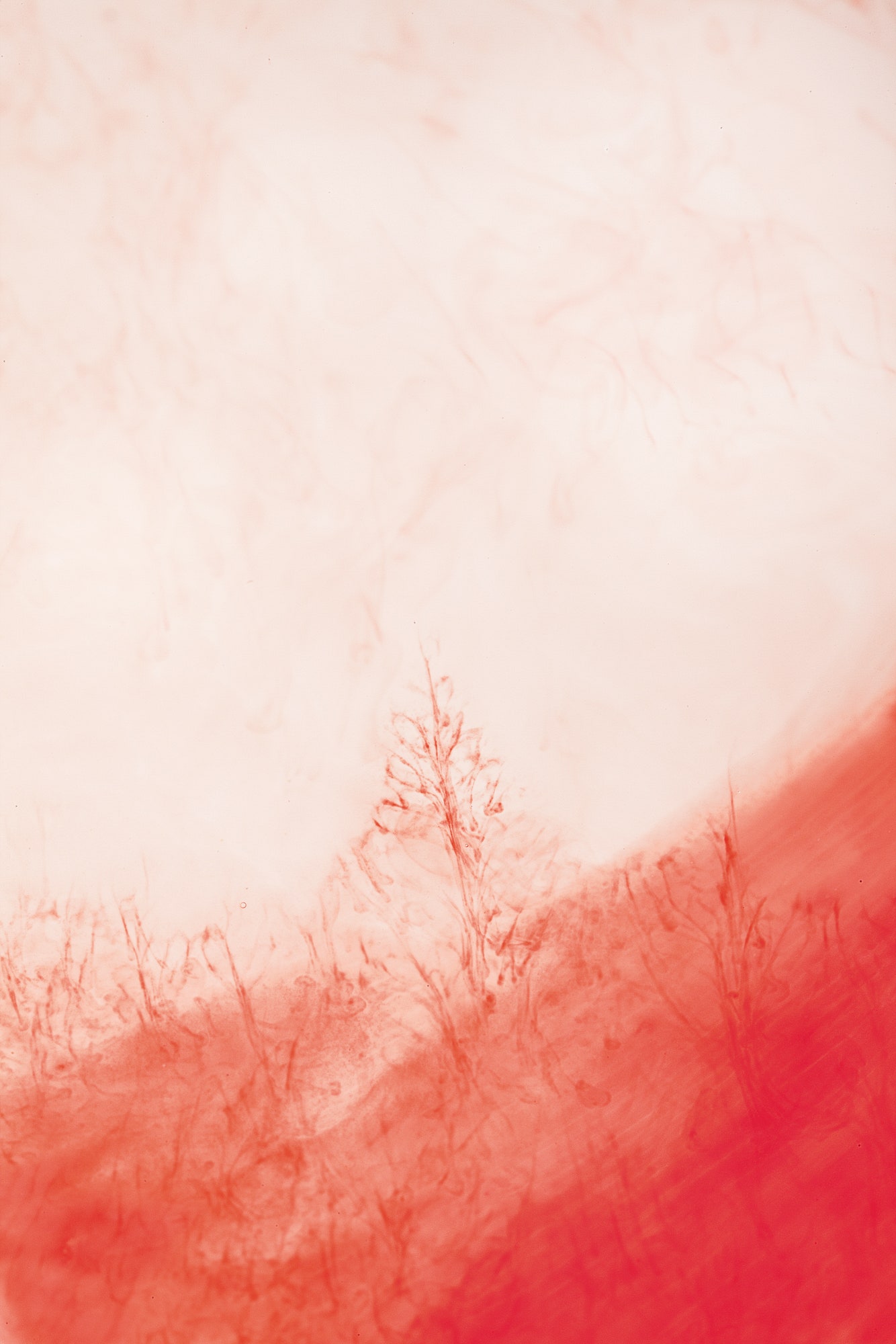 Midlife includes photographs of abstract red paintings Carrucci began making with her own blood in 2012. In the book’s afterward, she calls red “the color of an angry loss that I feel.”Photograph: Elinor Carucci

Carucci—an Israeli American photographer whose award-winning editorial work has appeared in WIRED—isn’t one to shut her eyes. Like photographers Nan Goldin and Sally Mann, she often reaches for the camera at moments others might set it down. Her parents’ divorce, her marital infidelity, and other family dramas figured into her earlier autobiographical works. The last, Mother (2013), captured the birth of her twins and early motherhood—a profound but intense season when stretched skin, sagging breasts, and other changes set in.