Can Sci-Fi Writers Prepare Us for an Uncertain Future? 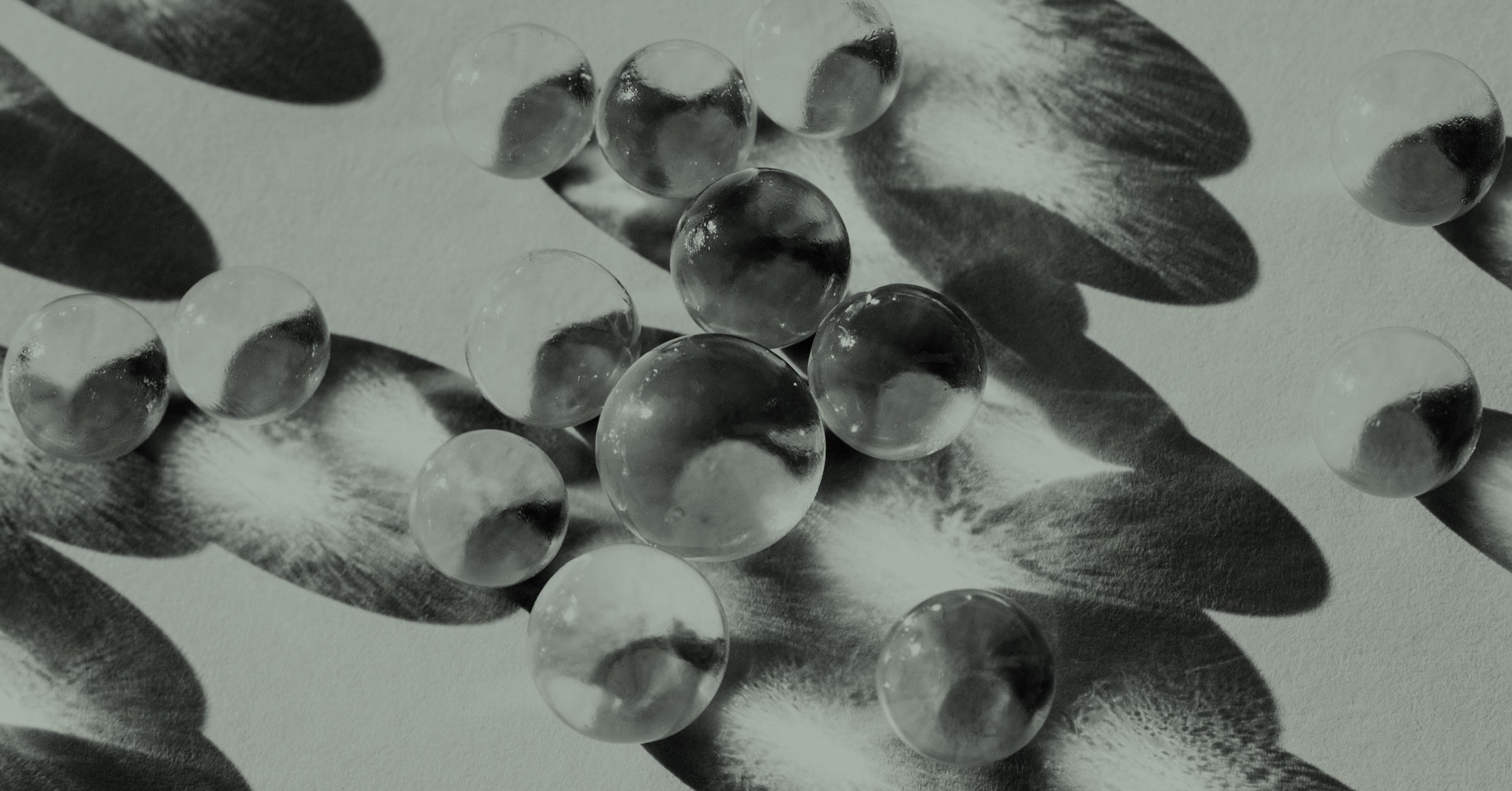 What will 2050 be like? As our existential anxiety is fueled by a burning planet, eroding privacy, and geopolitical instability, it’s a question that big companies have to take seriously. So earlier this year, the international engineering firm Arup attempted to envision what climate change might mean for their business—and beyond—in 30 years.

To do so, they turned to Tim Maughan, who was tasked with crafting four different “user journeys,” written accounts that imagined potential futures. “I invented a person in these scenarios and described their daily commute to work,” Maughan told me. “Who has to rely on private transport, who has public transport, who has to walk or bike? That tells you a lot about what’s happening in different outcomes.” In some of Maughan’s vignettes, climate change has ravaged the planet. In others, humans have taken action to slow the damage. Maughan’s job was to flesh out those futures in a series of descriptive sketches.

Rose Eveleth is an Ideas contributor at WIRED and the creator and host of Flash Forward, a podcast about possible (and not so possible) futures.

But Maughan isn’t a scientist or an engineer. He’s the author of Infinite Detail, a dystopian novel, and his vignettes are based in fiction, not fact. He’s one of a growing contingent of sci-fi writers being hired by think tanks, politicians, and corporations to imagine—and predict—the future.

Arup isn’t alone in turning to science fiction writers for their future planning. Harvard Business Review made the corporate case for reading sci-fi years ago, and mega consulting firm Price Waterhouse Cooper published a guide on how to use sci-fi to “explore innovation.” The New Yorker has touted “better business through sci-fi.” As writer Brian Merchant put it, “Welcome to the Sci-Fi industrial complex.”

Each company uses writers slightly differently, but the premise is often the same: Imagine the future for us, they say, so we can better prepare for what might be coming. Science fiction writers may be hired to bring to life scenarios the company has already researched (as in the case of Maughan’s contract with Arup) or to cook up ideas the company hasn’t even thought of yet.

It’s not just businesses, either. The use of sci-fi has bled into government and public policy spheres. The New America Foundation recently held an all-day event discussing “What Sci-Fi Futures Can (and Can’t) Teach Us About AI Policy.” And Nesta, an organization that generates speculative fiction, has committed $24 million to grow “new models of public services” in collaboration with the UK government.

All this raises an important question: Are science fiction writers actually qualified to consult on matters of business and international policy?

The answer is one that divides futurists, writers, and academics. Some argue that there is power in narrative stories that can’t be found elsewhere. Others assert that in our quest for imagination and prediction, we’re deluding ourselves into thinking that we can predict what’s coming.

Futurism (with a capital F) is not just a way of thinking about tomorrow. It’s an industry full of experts with degrees in fields like strategic foresight or operations planning. The World Future Society and the Association of Professional Futurists represent a small but growing group of professionals, many of whom have decades of experience thinking about long-term strategy and “scenario planning”—a method used by organizations to try and prepare for possible futures.

For many years, companies that wanted help mapping out their futures would turn to these classically trained Futurists for guidance. In the past few years, the demand for such professionals has boomed. “There’s a positive correlation between people wanting to work with futurists and the amount of uncertainty stemming from either geopolitics or tech or science,” says Amy Webb, founder of the Future Today Institute. And with increased demand, the circle of who gets to claim the job title of “futurist” has widened (something I myself might have contributed to).

But true Futurism is often pretty unsexy. It involves sifting through a lot of data and research and models and spreadsheets. Nobody is going to write a profile of your company or your government project based on a dry series of models outlining carefully caveated possibilities. On the other hand, worldbuilding—the process of imagining a universe in which your fictional stories can exist—is fun. People want stories, and science fiction writers can provide them.

“It’s a way to spur us down a line of thinking that we otherwise might not have and give us a conceptual framework,” says Damien Williams, a researcher in the Science, Technology, and Society department at Virginia Tech. Williams often uses science fiction as a teaching tool to push students to think about the future of a technology or policy.

But imagining fictional worlds does not a strategy make. “People will go through a worldbuilding exercise and feel very aspirational, then nothing happens,” says Webb. “You wind up with an organization that gets demoralized.” Alternatively, Webb has seen cases in which an energetic CEO becomes convinced that the outcomes of this so-called visioning session might be just over the horizon, and begins chasing ideas that make no sense for the company.

Some sci-fi writers turned consultants are aware of their limitations. “I’m not a futurist, I’m a writer,” Maughan tells me. But he has a background in journalism and spent years reporting on technology and the economy in the US, UK, and China, which makes him unique among his fellow sci-fi writers. (Some futurists really do straddle both worlds: Madeline Ashby, for example, is a science fiction author who also holds a master’s in strategic foresight and innovation.) In other cases, the writers asked to participate in corporate worldbuilding exercises or government planning projects have very little actual expertise in the issues at hand. Are those who write epic space operas (no matter how good those space operas might be) really the right people to ask about the future of work or water policy or human rights?

When it comes to injecting fiction into foresight, critics worry that writers are so good at spinning stories that they might even convince you those stories are true. In actuality, history shows us that predictions are nearly impossible to make and that humans are catastrophically bad at guessing what the future will hold. The novelist Cory Doctorow recently called the idea that science fiction could be predictive a toxic myth. “Science fiction writers are not fortune tellers,” he wrote.

And yet the idea that science fiction writers have presaged so much of today’s world persists. HG Wells, author of The War of the Worlds, is said to be the first person to call for a “professor of foresight” back in 1932. Even Star Trek seems to have predicted various technologies, including cell phones, GPS, Bluetooth headsets, and teleconferencing. But it’s important to distinguish between prediction and impact. Did Star Trek anticipate the cell phone, or were the inventors of the cell phone inspired by Star Trek? Listicles of “all the things sci-fi has predicted” are largely exercises in cherry picking—they never include the things that sci-fi got wrong. Think about all the science fiction that predicted food pills, the end of all diseases, space colonies, and memory implants (or erasures). “Part of the problem is not conflating the ideas we once had with the trajectory of technological evolution,” Webb says. Today’s science fiction will likely inspire the next generation in the same way.

In this line of work, specifics matter. It’s one thing to write a book about a refugee crisis, but quite another to predict exactly how the Syrian refugee crisis unfolded.

If we think that science fiction really is a reliable tool for inferring what might come tomorrow, then it has a natural place in future planning. But if it is not, then it runs the risk of convincing us that certain futures are inevitable. Can sci-fi writers be trusted to frolic through boardrooms, forecasting the future without supervision?

It’s tempting to turn to storytelling in times of crisis—and it’s hard to argue that we’re not in a time of crisis now. Within dystopian pieces of fiction there are heroes and survivors, characters we can identify with who come out the other side and make it out OK. Companies and governments and individuals all want to believe that they will be among those lucky few, the heroes of the story. And science fiction writers can deliver that, for a fee.