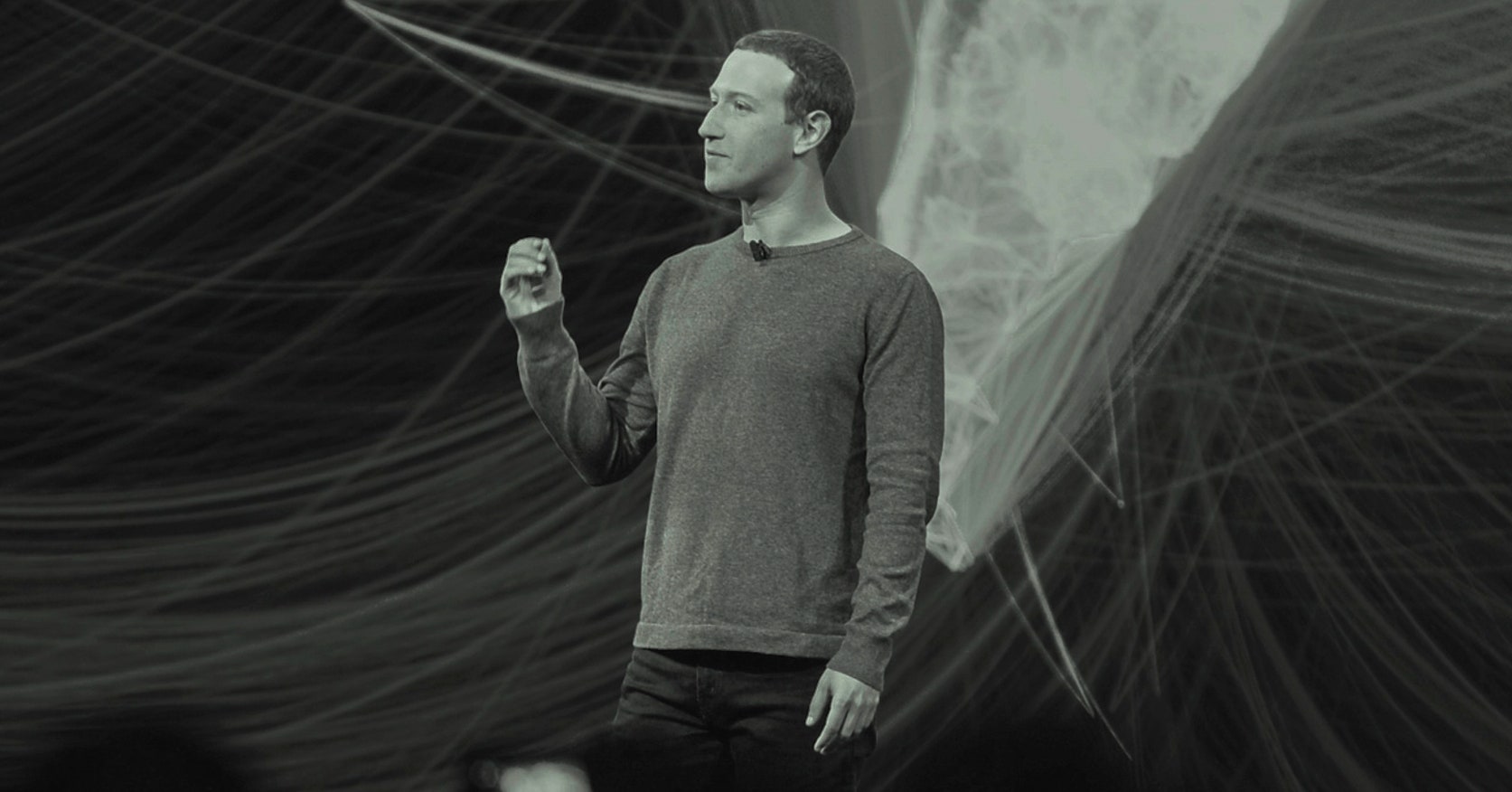 The opening to Chris Hughes’ much-publicized New York Times essay yesterday—attacking the company that made him vastly wealthy—was almost Shakespearean in its drama. After describing his last personal meeting with the Zuckerbergs—in their house, sharing a hug in parting with Mark’s wife, Priscilla—he lays out in 6,000-word detail how the empire Mark Zuckerberg built should be systematically dismantled and regulated for the good of us all.

Such proposals have been made before, by Elizabeth Warren, myself, and many others, but Hughes’ standing is something else altogether. His history with Zuckerberg and Facebook goes back a decade and a half. As Hughes described in this morning’s The Daily podcast, he actually shared a dorm room with a young Zuckerberg in their sophomore year at Harvard, back when the titan-to-be seemed little different than any other undergrad, worrying about dates and tidying up his room.

Antonio García Martínez (@antoniogm) is a writer and Ideas contributor for WIRED. Previously he worked on Facebook’s early monetization team, where he headed its targeting efforts. His 2016 memoir, Chaos Monkeys, was a New York Times best seller and NPR Best Book of the Year.

The picture Hughes paints of the later Zuckerberg—the young CEO Hughes began working for when he joined the budding social network after graduation—is very different. Much of Zuckerberg’s limitless drive to make Facebook successful was an apparent desire to achieve “domination” rather than mere riches.

My own contact with Zuckerberg as a Facebook employee was limited to a few meetings, but I experienced the company and culture he very much had a hand in creating, and that insatiable desire to dominate was still present years later. The advertising team I worked for and the revenue it produced were relative afterthoughts. It was all about usage and engagement. Sixteen years after the company’s founding, there’s no reason to think it will ever change under his leadership

Two very relevant examples of that drive were the acquisitions of Instagram in 2012 and WhatsApp in 2014. I’ve often joked that the secret to making a billion dollars in Silicon Valley is very simple: merely show Mark Zuckerberg a user growth chart that resembles Facebook’s in its early years. That’s precisely what the founders of Instagram and WhatsApp did, and it would be naïve indeed to claim Facebook bought the companies as anything other than an anticompetitive bid to head off future rivals.

So far, the plan has worked out: As usage of the core Facebook app has declined, the other two apps have filled in the gaps, boosting the Facebook conglomerate’s user growth to almost 2.4 billion people. Users might leave Facebook itself, but they don’t go far, opting for Instagram or WhatsApp instead. In the early decades of US antitrust enforcement, the mere act of buying up rivals to avoid competition was itself a violation. The current antitrust standard views violations through the lens of consumer harm—usually asking whether a merger or acquisition resulted in price hikes. But what does that even mean with a free app?

What it means is a lack of innovation. As Hughes argues, tech sectors with large, unchallenged incumbents—search, social, ecommerce—see relative stagnation as Google, Facebook, and Amazon acquire, copy, or dissuade upstart rivals while growing complacent in their own efforts at innovation. The stickiness of users to those companies might have as much to do with the lack of alternatives as with the quality of the current products.

While I’m less convinced of stagnation at Amazon or perhaps even Google, I see it more at my former employer. Ask yourself this: What new user feature has Facebook launched in the past five years (that wasn’t copied from some other app)? Facebook’s last creative gasp was an effort called Creative Labs, which launched long-forgotten apps like Slingshot and Rooms and was shuttered in 2015.

Or consider the team I worked on while at Facebook, ads. What fundamentally new advertising products has Facebook launched in the past few years? The company’s core moneymakers are the same handful of products launched during those fecund (and desperate) years around the IPO. Some monopolies, such as Bell Labs (back in the day) or Google (today), invest their excess profits in interesting R&D that benefits everyone. Where are the comparable efforts at Facebook that might justify an entrenched monopoly?

In addition to its hold on users, Facebook has a stranglehold on human attention. It is, as the title of Tim Wu’s excellent book on digital advertising puts it, the world’s premier attention merchant. Media—actual content creators like CNN, The Washington Post, or this magazine—must often bow to Facebook’s demands on how content is distributed on their platform, either catering content for Newsfeed distribution or “pivoting to video” when the company decides that’s the next big product play (and regretting it when Facebook changes its mind).

By intermediating that flow of human attention, being effectively a gateway to other media, Facebook can capture those eyeballs upstream of where they eventually land. In effect, all media lives downstream of a large attention river where Facebook has dammed the flow, only to sell your water back to you—water that you used to receive naturally. Plaints about fairness are about as relevant as similar objections to Craigslist devastating newspapers’ classified business in the early aughts. This is just the new reality.

The only way to change that reality is for the market’s referee, the government, to reappear after a several-decades-long absence and change the structure of the game. Which brings us back to Hughes’ proposal for the government to use its anti-monopoly powers to break up Facebook.

One thing worth highlighting is that antitrust is no silver bullet. Much of the positive reception to Hughes’ suggestion can be chalked up to an anti-Facebook animus stemming from the company’s innumerable privacy and content-moderation scandals. But there’s no reason to think a separate, spun-off WhatsApp would be any less responsible for things like group violence in India than one under Facebook’s ownership. Or that Facebook as a stand-alone app would instantly be more inclined to moderate potentially harmful content like bullying or terrorism.

To solve that problem, Hughes calls for new regulation, enlisting the government to frame rules around free speech online. As Hughes himself mentions, the notion of the government placing strictures on free speech is perilous. It certainly fills me with unease, but Facebook doing effectively the same makes me even more uneasy. In a revealing article in Vanity Fair, the team responsible for content moderation at Facebook is referred to as the supreme court, which it effectively is.

In closed-door meetings, employees accountable to no public body make decisions about what can or cannot be shared on our virtual public square. In an alarming irony, calls by Facebook critics for the company to more aggressively regulate content end up being calls for Facebook to assume more power over our lives—something we might one day come to regret. Like Hughes, I believe that if speech is to be regulated at all, it should be done by courts of law and legislators, not corporate policy teams. Zuckerberg himself has publicly stated he doesn’t want this power, and this is one wish the government should indulge. The solution to Facebook’s power is not granting the company even more.

Zuckerberg is a fan of the classics. In my memoir Chaos Monkeys, as Facebook neared total world dominance, crushing one rival social network after another in every country in the world, I somewhat ironically compared Zuckerberg to Alexander the Great, who supposedly cried for having no more world to conquer.

In reference to Zuckerberg, I’d now cite another chapter from Alexander’s life. After years of campaigning through Asia, the emperor faced a revolt from his men, who simply wanted to go home. As with Chris Hughes’ editorial, the revolt was led by one of his oldest and most trusted generals, Coenus, who gave a speech recorded in Arrian’s Anabasis:

“Sir, if there is one thing above all others a successful man should know, it is when to stop. With an army like ours, there is nothing to fear from any enemy; but luck, remember, is an unpredictable thing, and against what it may bring no man has any defense.”

Emperor Zuck may soon find his luck running out against the governments that run the real armies in this world. It might just be time for him to listen to his old general and pack it in, go home with the empire he has rather than pushing for even more domination.