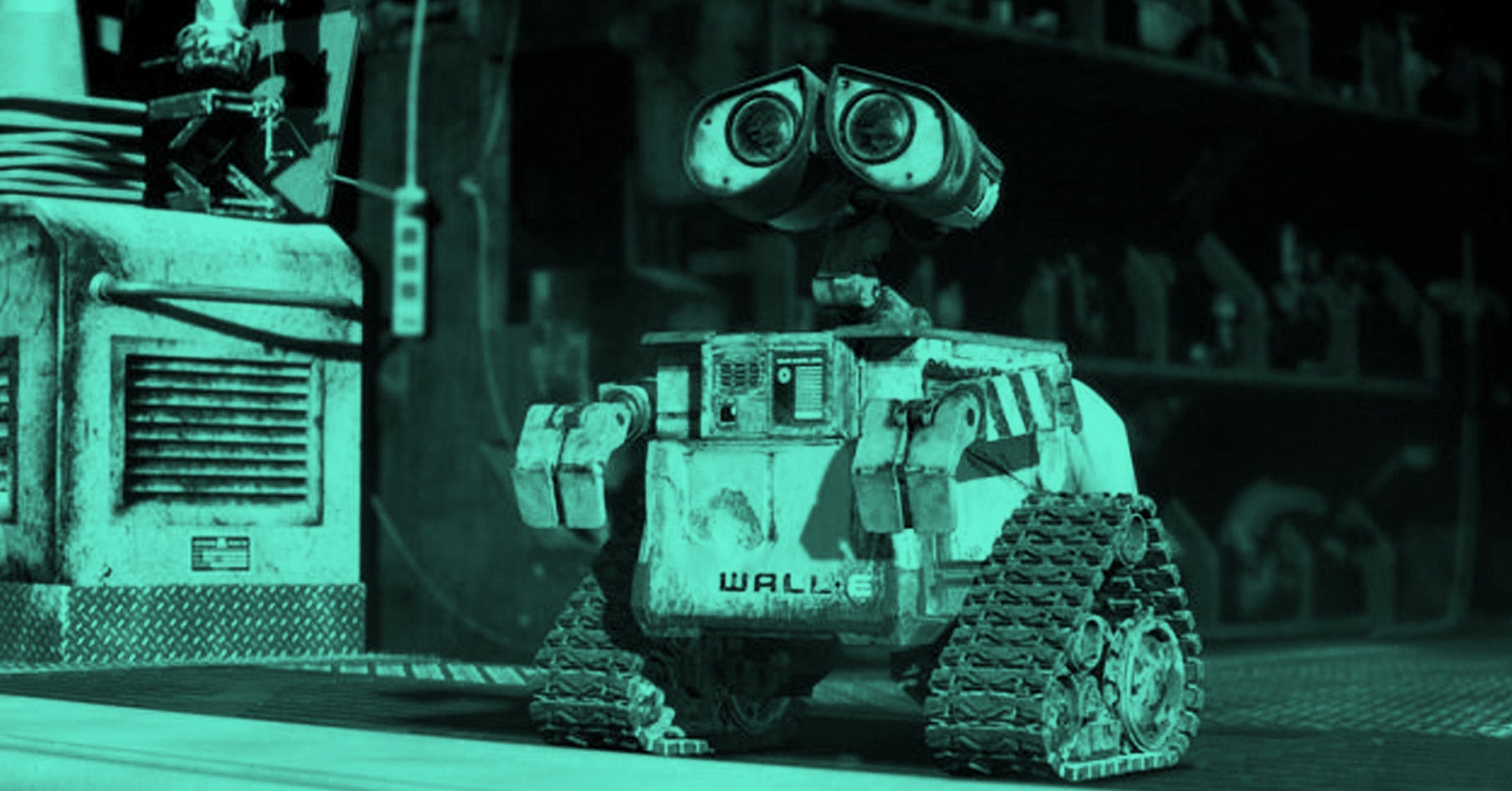 Author’s note: On my show, Marketplace Tech, we’ve launched a series on the technology behind climate change adaptation. It’s called How We Survive. You can find the first week’s worth of special coverage here, and stories will be ongoing as this conversation and technology evolve.

Here’s an unpopular opinion in some circles: We are going to have to use technology to adapt to the worst effects of climate change.

For far too many years, the world has been talking about slowing down climate change. With some success: The state of California now uses 30 percent renewables to power its grid. For the past two years, the UK has gotten more than half its energy from renewables instead of coal. The 2015 Paris Climate Accord was an actual, unironically gigantic accomplishment in terms of global cooperation on this existential issue.

But that’s not enough. The level of carbon dioxide in Earth’s atmosphere is now at its highest level in human history, at 415 parts per million. Scientists say the last time this was likely the case was 3 million years ago, when seas were at least 50 to 60 feet higher and major ice sheets didn’t even exist.

A United Nations report from early May said fully a million plant and animal species face imminent extinction, and their loss could threaten human health and safety. Then, of course, there was the UN Intergovernmental Panel on Climate Change (IPCC) report last year, which said we basically have 12 years to avert warming levels that will collapse society.

Combine that almost familiar-sounding horror with increasingly extreme weather all over the globe, geopolitical instability because of climate refugees and food scarcity, disappearing shorelines, and so much more, and you can see why the conversation about climate is starting to shift from slowdown to survival. I mean, guys. Bill Nye said the f-word.

Mitigation is the word the climate community uses for the set of solutions and technologies and policies that might help reduce overall carbon emissions, slow warming, and maybe even draw down carbon from the atmosphere and reverse the effects of global warming.

The word we use to talk about surviving the effects that are already here? Adaptation.

Adaptation isn’t a new part of the climate conversation, but it is tiny, in terms of global funding and action. In recent years, even months, though, it has taken on increased urgency. One noted climate scientist told me she thinks her role in studying and predicting and warning about climate change is essentially over—the point has, in fact, tipped, she said, and the way forward now is engineering and technology. William Collins, a climate scientist at Lawrence Berkeley National Labs, has been an author on multiple IPCC reports about climate change. He said he could write six more, but they’d all say the same thing. So, instead, he founded an accelerator at the national lab, so he can get in the trenches and work.

The Paris agreement actually included language about adaptation, and the UN has developed a climate change adaptation unit. Cities, states, and countries are working on adaptation, too—sometimes also called resilience. They’re developing strategies based on the predicted changes to their local weather patterns.

But adaptation has, in climate circles, been a taboo topic for many years, because some see it as surrender. Al Gore, in 1992, called adaptation “a kind of laziness.” It’s like saying we’ve lost, and the best we can do now is hunker down and hope to save as many as we can. And I can see why that’s depressing—but it’s also true. By 2013, in fact, in his book Earth in the Balance, Gore said pursuing adaptation alongside mitigation is “a moral imperative.”

Those of us who read and watch a lot of sci-fi, it could be argued, instinctively understand the argument for using technology to adapt to the worst effects of climate change—and we actually draw some hope from it.

Nor are we new to the idea that technology has allowed us to adapt to, survive, or even conquer such disasters. Life is humming along in New York 2140, thanks in part to technologies like diamond coating around submerged buildings that keeps the water out so people can continue to live in flooded Manhattan. Science fiction is full of both apocalypse and recovery, and specifically tales of defeating climate change.

In The Peripheral, William Gibson imagines a future in which some 80 percent of humanity has died of a combination of war, pandemic, and environmental collapse, and at one point a character laments how close people had been to developing the technologies that might have saved them.

The survivors have created buildings out of nanotechnology that removes carbon dioxide from the air. They generate power and light from fully restored rivers. They’ve essentially defeated climate change—but it’s too late. What if it didn’t have to be too late?

Now investors, academics, and entrepreneurs are taking baby steps toward a nanotech-enabled, climate-proof future. At the moment, this looks like precision drip irrigation that preserves water in newly drought-stricken farms; sophisticated algorithms for trying to understand massive data models of climate change, which can be used to precisely target risk for building owners and real estate developers; a startup that makes solar-powered, internet-connected panels that distill clean drinking water out of water vapor, so any home or school or building can be independent of a water utility.

And so adaptation, once referred to as the “poor cousin” of climate efforts, starts to look real, and hopeful, and feasible, and even logical. Not science fiction, just science.

But you can imagine my sorrow and surprise when I called Robinson, of whom I am quite a fan, to talk about his long history of writing about environmental disaster—on Earth (Forty Signs of Rain, New York 2140, and his Science in the Capital trilogy ) and on Mars (the Mars trilogy)—and he got quite heated over the idea of adaptation versus mitigation.

“I think it might represent a kind of cultural fantasy,” he said. “I want to insist on mitigation, because you can’t adapt to a planet that has an average temperature that is four or five degrees Fahrenheit warmer than it is now. We’ll get hammered. There’ll be crashing civilization. The people that survive, they will have adapted. Is that really something that we want to see happen?”

We need to reverse climate change, Robinson argued. We need to draw carbon out of the air to slow or even halt warming, focusing laserlike on tech that does that, like a cowboy sucking the toxins out of a rattlesnake bite. Only then, he argues, we can maintain Earth as a habitable place, and perhaps even undo the damage we’ve already done.

So far, that seems unlikely. Venture capital investment in carbon mitigation tech has been on the decline for the past decade or so, and investors have shied away from the next generation of “clean tech” after apparently not making enough money during the first go-around of solar and battery technology. The tech itself has progressed, but the up-and-to-the-right returns didn’t appear.

These days, Silicon Valley (with the notable exception of Elon Musk) has yet to engage meaningfully on the question of climate change at all, to be honest, which is interesting given that even modest sea-level-rise scenarios threaten to flood Facebook and Google, and possibly other campuses.

But venture capital firms and private investors are starting to notice that climate adaptation is both an opportunity and an imperative. Although only about 5 to 6 percent of total climate-related investment is in adaptation, that number must grow. One investor called climate adaptation “the greatest entrepreneurial challenge of our time.”

Other money is coming. In October, a Global Commission on Adaptation was formed, led by Bill Gates, former UN Secretary General Ban Ki-moon, and World Bank CEO Kristalina Georgieva; the World Bank pledged $200 billion to support it. Like climate change, adaptation is here.

I’m not deaf to what Robinson says, or to anyone who fears that technology that lets us adapt to a changed climate will also let us keep doing what we’re doing, in terms of pollution, plastics, emissions, and fossil fuels. I get that “offsets” don’t actually offset much of anything.

And I’m rightfully wary of what Meredith Broussard calls “technochauvinism”—the idea that a little technology can solve anything.

And then there’s the inequality—what William Gibson means when he says “The future is already here. It’s just not very evenly distributed.” There’s no guarantee that lifesaving technologies will be evenly distributed, or affordable.

Those who invest in climate adaptation technology with the dream of scaling companies for massive returns will have to be wary that they don’t worsen the social and political problems that underlie so much of the climate conversation already: The rich spew pollution, the poor are suffering as a result, and a fancy new tech solution might only be available to the rich polluters anyway.

But that doesn’t mean tech can’t make a huge difference, or that adaptation shouldn’t be done. The change is here, the need is real, and the solutions can come from any entrepreneur, any investor, any scientists or would-be startup CEO. It’s time for tech to get in the game. There’s no more time to waste.