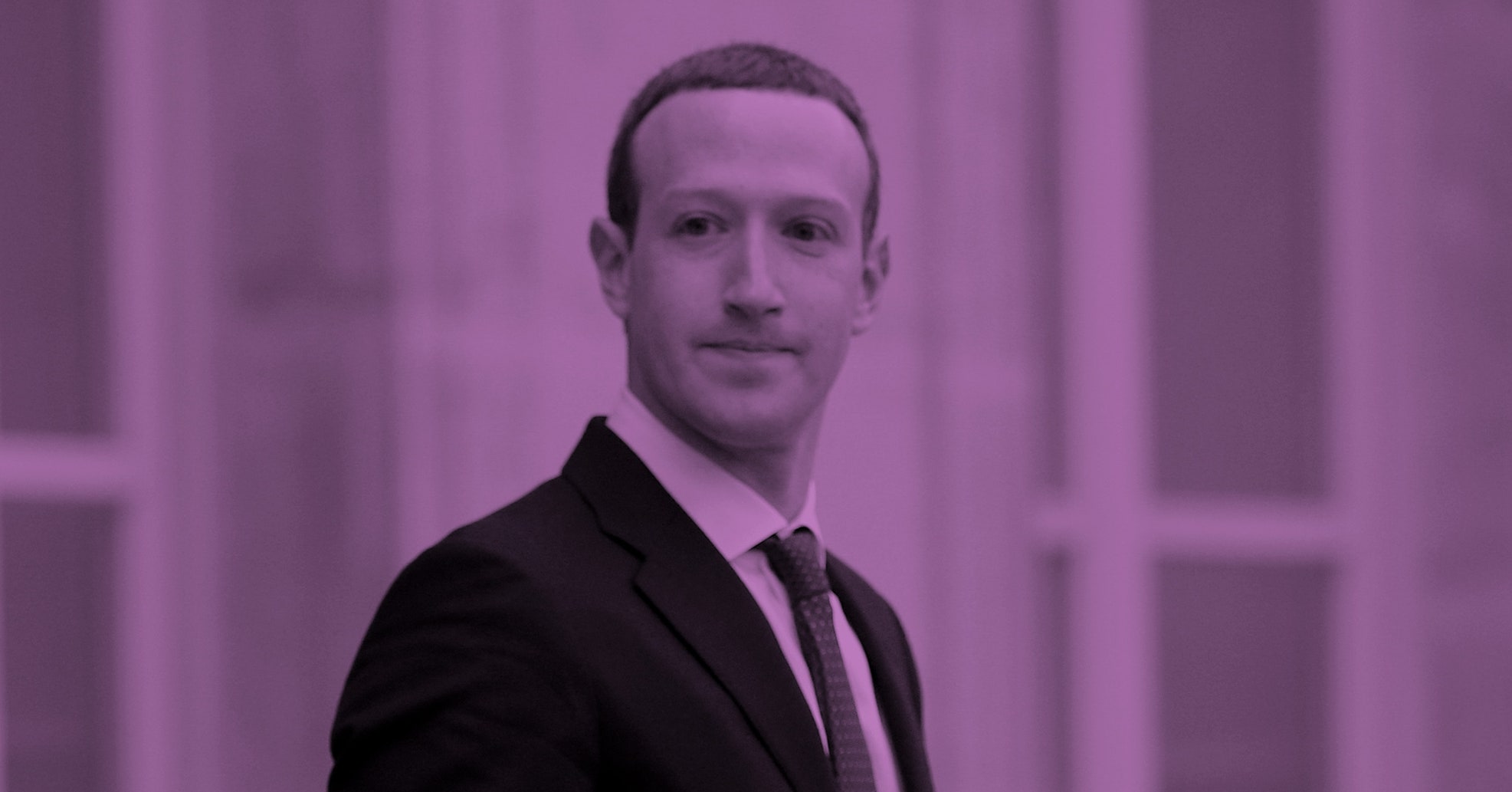 So, imagine there’s this place. You hang out there all the time. Your friends and family are there. It’s got neighborhoods, both big and small. There are businesses there, you get most of your mail there in the form of digital messages.

It’s not perfect: Sometimes there’s crime, or that one neighbor who keeps pushing the conspiracy theories about vaccines or politics. You feel like the security teams are getting a little better at handling those kinds of disruptions, and after all, every place has potholes, right? Or maybe you’re just getting used to it. But lately it seems like if people step too far out of line, they just sort of … disappear.

And as the place has gotten bigger, it’s matured. Now you can move yourself into more of a gated community to avoid the bad neighborhoods and the undesirable encounters. And that’s nice, because every day it seems like there’s a new infrastructure project designed to get more people into the place.

You know the leadership of the place isn’t perfect, and it’s not like you trust everything they’re doing, but you’re comfortable here, and so you stay. And you have to admit, the shopping has gotten a lot better. So many more stores and places to visit, it’s almost like you never have to go anywhere else.

And the best part is that the place finally got its own money! Talk about a milestone. It’s like your little digital home is finally turning into its own … country.

Yes, you guessed it, I’m talking about Facebook. And what I’m guessing is that this is exactly what Facebook wants to be. Not a company, a country.

And while Facebook’s ambitions appear unsubtle (at least to me), the biggest tech companies are all building more and more advanced and immersive ecosystems. So maybe it’s time to start asking: What is the functional difference between a company and a country?

It’s not a crazy question: We’re already at a point where huge multinational tech monopsonies have so much power over the global economy that central bankers and regulators are starting to wonder if they even have the tools to set economic policy, like they used to in the old days.

And the reason these big tech companies are different from other giant multinational corporations like Exxon Mobile or ConAgra or even, strangely, Microsoft is that their ambition really is to own all your interactions, not just your driving or your eating or your typing.

Amazon’s algorithms are setting prices for the rest of the world and there’s no business it doesn’t want to be in. Apple is less interested in being a big messy country that’s open to everyone, but would be happy to build an increasingly elite country club on the hill. Much like the NSA, Google would prefer that you forget they exist while they’re watching every single thing you do.

Oh, and these companies happen to boast user populations larger than any single country, not to mention the fact that they have annual revenues far exceeding many countries’ GDP dreams.

And now they want to create their own money.

Facebook’s proposal for Libra, a cryptocurrency backed by a basket of real currencies, and controlled by an independent body of partners based in Switzerland, might seem a step or two removed from being under Facebook’s control. But the power of Libra doesn’t lie in control as much as it lies in adoption.

Libra is meant to become the in-house currency for Facebook, Instagram, and WhatsApp’s combined 2.7 billion users. If that happens, it’ll create, almost overnight, a borderless collection of millions, maybe hundreds of millions, maybe even a billion or more people using the same platform to communicate, the same tools to shop and view ads and play games, and the same monetary system. It’s a network effect with the potential to remake global currency and financial systems.

And whether Libra is controlled by a neutral Switzerland-based consortium or not, if its primary adoption happens on Facebook, it’ll only centralize power with Facebook.

Now, yes, there’s a big “if” at the center of all of this speculation about Facebook’s metanational ambitions. That’s “if” Libra will get off the ground at all. Facebook could screw it up and fail to get enough partners on board to actually launch the thing. (There are 27 impressive names on board already, but 100 is the goal.) And because of the company’s many, many missteps over the years, Libra is already freaking people out—from actual lawmakers to central bankers. It’s going to be a fight.

But never say never, because you can’t think the Facebook team didn’t anticipate some static, here. The company doesn’t usually back down from an unpopular decision—it just apologizes later!

So let’s imagine that Libra does get off the ground. What’s its biggest competition? Hint: it’s not Bitcoin. Let’s start with the dollar—arguably the most powerful currency in the world. About 350 million people use the dollar around the world. That’s a little under 13 percent of Facebook’s claimed 2.7 billion users (across all three platforms), so even accounting for duplicates, fake accounts, and rounding errors, Libra could be used by more people—if not actual amount spent—than the dollar, and without a whole lot of sweat from Facebook.

Not buying it? Here’s an example of anemic adoption on Facebook. The company introduced Stories on Facebook in January 2017, and the feature was derided as a direct Snapchat ripoff that was so poorly implemented and confusing as to be laughable. By fall of 2018, over 300 million people were using Stories. Boom. Dollar.

The likelihood of Libra’s adoption is even higher because the company’s fastest growth is international, and Libra is likely to be the most useful in countries where the local currency is hyperinflated or banking is unreliable. Think of the 170 million Facebook users in Africa, many of whom already bank and transact on mobile phones. It’s an easy sell.

And if Libra starts big, the network effects of the Facebook platform will ensure that it just keeps getting bigger.

Over time, it’ll end up being easier to pay for things with Libra than with any other method. It might become trivially easy to exchange Libra for other currencies, if people even need to. It’ll remove barriers to sending remittances to other countries or international payments of almost any type.

Facebook will profit handsomely, of course, as will its big corporate partner-investors, like Visa, Mastercard, PayPal, Spotify, and Uber. They’ll end up in the unexpected position of being corporate central bankers, of a sort. And most significantly, the bulk of Libra users will be in what is essentially a closed network under the complete control of one CEO-slash-“emperor for life.”

At that point, there’s every possibility that Google or Amazon or even Apple will decide they need competing currencies for their private ecosystems (all three have rolled out some kind of payment options, if not their own fiat currencies, and there’s been speculation for at least a year that Amazon could launch a cryptocurrency). Who needs the lira?

You can see why bankers and government officials have the big-time jitters. These are government-level ambitions, by any measure.

Because although it may seem naive to ask if a company can really be as powerful as a country (the primary difference being, you know, the guns), in the case of Facebook, you have to admit, becoming a borderless pseudo-state seems to be the goal.

Facebook co-founder Chris Hughes is already raising the specter of Libra destabilizing weak government currencies, and rendering central bankers helpless to set their own monetary policy in some of those countries. And he’s a guy who understands Mark Zuckerberg’s ambitions better than most.

Zuckerberg is famously enamored of Augustus Caesar, and over the years, his vision of what he’d like to accomplish has clearly grown from chick-hunting the college population to creating a service and a “community” that has no boundary, no limiting factors, and hardly any oversight.

So let’s recap: Facebook has a massive stateless citizenry; a small, hand-picked ruling body; rapidly expanding infrastructure; and now, adoption willing, a unified currency. Also, if you really wanted to create your own borderless country, wouldn’t you eventually incorporate virtual reality, so people could literally live their lives inside your digital ecosystem, even if only via headset? We keep forgetting that Facebook owns Oculus, don’t we?

Introducing Libra right now shows us incontrovertibly that Zuckerberg’s ambitions have not even remotely dimmed. This guy is still right on plan for global domination. The only thing that’s missing is space—thank god for us that he shows no interest in the burgeoning tech bro space race.

Or maybe he’s already done a bit of inter-metanational diplomacy, and he and Jeff Bezos worked out a deal. Zuckerberg gets the Earth, and Bezos gets the moon.