How Hong Kong’s Protests Turned Into a “Mad Max” Tableau 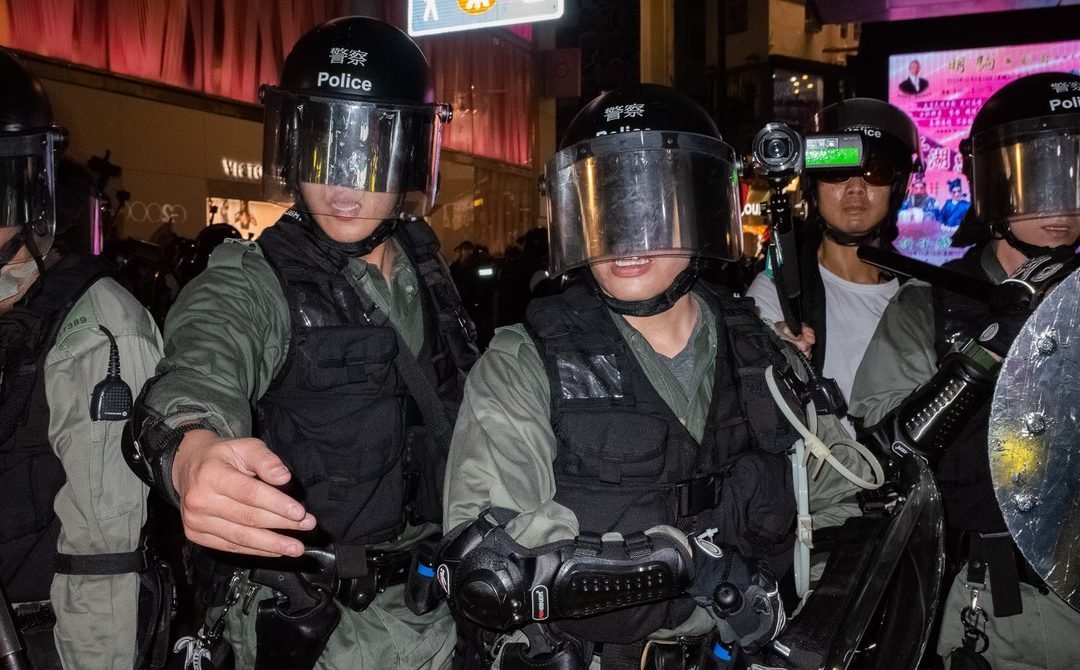 The turning point for police came later on Sunday afternoon, according to Cheng, when a media liaison officer’s calf was pierced by an arrow. “It was seen as a lethal attack,” he recounts. His colleagues believed “protesters wanted to kill the police,” he says, and were infuriated that they were not quickly authorized to carry more high-powered weapons, like AR-15s and submachine guns from the police arsenal.

Soon, word came down from the Kowloon West Regional Commander to seal off the campus, Cheng says—the idea being that police could arrest the protesters inside and strike a blow against a core group of hardcore demonstrators. Later that night, police issued a warning that they would use live ammunition if needed, and officers began carrying the heavier weapons some were clamoring for. Cheng took up a post guarding the perimeter of the campus, settling in for a siege of then-unknown duration.

Ted Hui, a pro-democracy lawmaker, arrived at PolyU on Sunday around 7:30 pm with an assistant, hoping to act as a mediator between police and the demonstrators inside who wanted to leave. Hui, 37, is soft-spoken and introspective in conversation, but appears to transform during protests. Armed with an enormous white megaphone, he often charges to the front line to face riot police, haranguing them about the use of force and the legal rights of demonstrators.

The police, Hui says, have taken to accusing him of being paid by the US government—a conspiracy peddled by officials in Beijing who say the US is behind the protests and eagerly repeated by their supporters in Hong Kong. At PolyU, he notes, the atmosphere was intense. “They were all preparing for a battle, a real fight with the police,” he says, but younger protesters in their teens were frightened by threats from police that they would face rioting charges, which carry a 10-year sentence, if they tried to leave.

Hui rounded up around 30 people who wanted out and tried numerous exits, but found himself “bluntly refused” by officers who shouted taunts at the protesters, he says. So they retreated back into the campus core.

On the edges of campus, the conflict continued to rage. On an overpass at around 9 pm, police drove an armored vehicle toward a line of protesters, who pelted it with a hail of Molotov cocktails. Flames engulfed the dark blue truck as it was forced to back away, eliciting cheers from protesters.

Hui spent the night on the campus pavilion, a large outdoor area, posting updates on social media and feverishly attempting to broker a solution with the help of other lawmakers, as the chaos played out around him. “I saw people bleeding and people who were carried into the campus, they can’t even walk. Some were shot in the head, some were shot in the chest, many were sprayed by the water cannon,” he says. “It was a night I just can’t forget for life. If you were there, you know that it’s a war zone.”

As Sunday melded into Monday, the protesters’ initial excitement gave way to exhaustion. Officers began to taunt protesters, ironically blasting Cantonese love songs over a loudspeaker, not to confess their adoration for the remaining occupiers, but rather to send a message. The titles of their chosen tracks: “Ambush From All Sides” and “Surrounded.”

Jimmy had spent the night battling police, but after narrowly escaping a rush by tactical officers and facing compounding legal trouble, he decided it was time to go. He regrouped with five of his friends and took shelter in Innovation Tower, a more recent addition to the campus often referred to as “the spaceship.” Inside, they ran into three women who were increasingly panicked about being trapped.