How Mysterious Protest Messages Have Filled the Skies 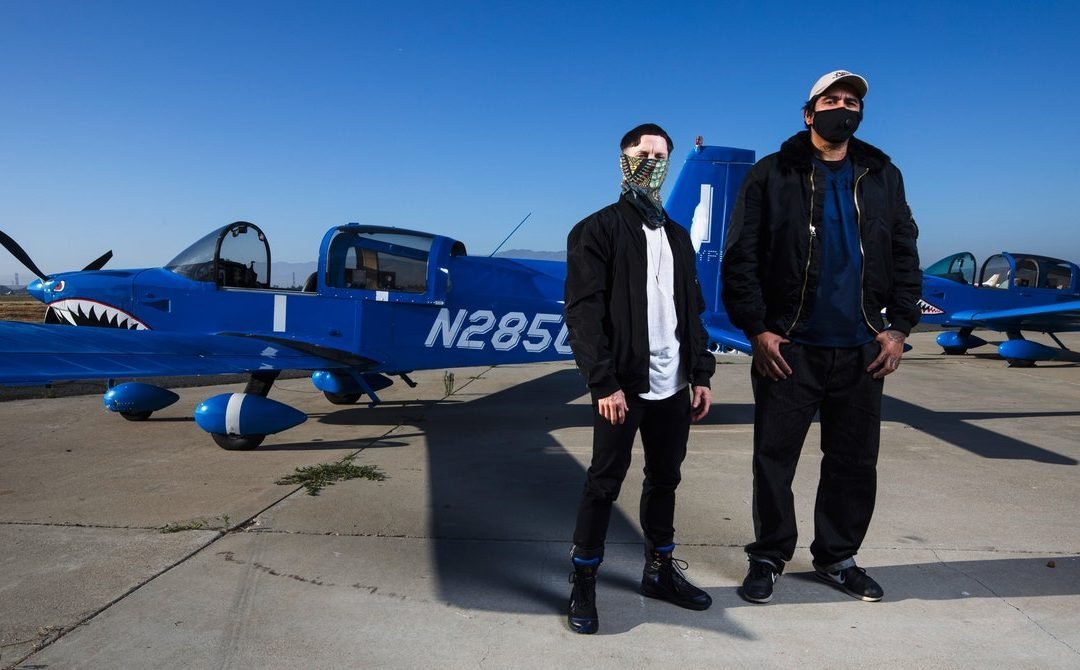 When the Covid-19 pandemic hit the US in March, the face-to-face world shattered. McNutt’s classes went online. Employees who could work from home did so, and even then, many eventually joined the ranks of those who had been laid off. The In Plain Sight team was already mostly online, so they continued to work as they, along with the rest of the world, witnessed essential workers, including medical professionals, janitorial staff, and grocery store clerks—many of whom are immigrants and people of color—move to the front lines. The world began waking up to the reality that many of the same people working so others could “stay home” were the same people most at risk, not only because of increased exposure but because of America’s deep systemic inequities. Cassils recalled wondering, “Is this project still relevant? Is it disgusting to make art when people are dying?”

In April, fearing a Covid-19 outbreak, migrants detained at Tacoma’s Northwest Detention Center spelled “SOS” in the facility’s yard. According to Maru Mora-Villalpanda, CEO of Latino Advocacy, the NWDC—where much of her advocacy work takes place—allegedly began spraying chemical cleaning agents inside poorly ventilated rooms. Soon, “they started noticing skin and eye irritation and then nosebleeds,” she says. (NWDC did not immediately return a call seeking comment.) “There’s no end to the violence that [Immigration and Customs Enforcement] can inflict,” Mora-Villalpanda says. To this day, those inside are telling her, “if I don’t die of Covid-19, I might die because of the chemical exposure.” Esparza and Cassils redoubled their efforts.

On May 24, the US passed 100,000 deaths from Covid-19. The following day, George Floyd died while in the custody of Minneapolis police. As Americans lurched into June, grief-stricken, scared, angry, and isolated, millions of people from all 50 states took to the streets to protest, the most significant form of community they had had since the novelty period of clapping for health care workers at 7 pm. France, New Zealand, England, and more countries joined in. Drone footage captured miles of people marching. On TikTok, Gen Z took activism trolling to new heights. Protesters in Hong Kong made videos to educate Americans about how to avoid facial-recognition surveillance. Donation links and resources crowded feeds. According to the Count Love Project, which has been chronicling and capturing US protest data since 2017, their nightly review queue increased more than tenfold. On Juneteenth, The New York Times front-page story was a compilation of reactions from leaders of the 1960s civil rights movement to recent demonstrations. These leaders, now mostly octogenarians, expressed a wide range of emotions, from joy and hope to fear and skepticism, but they all, as Times New England bureau chief Ellen Barry wrote, “marveled at [the protest’s] quicksilver spread.”

On July 3, as esparza and Cassils were getting ready to take off with the skytyping pilots, they were surely struck by how much the country they were about to fly over had changed since they conceived of their idea one year ago. On the ground, Dunnerstick was fighting off exhaustive DDoS attacks on the pristinely protected website he had created, while the rest of the internal team (now 14 volunteers, in addition to the 80 artists) kept the project forging ahead. “We don’t have a ton of money,” Dunnerstick says. “So I bought a second server and cloned our whole environment in a totally new one but still left the old one up, which they kept attacking—a sacrificial little lamb.”

Now, nearly a week in, they are still skytyping messages, despite the attacks. On social media, the project is uniting people from all backgrounds. Shane Rogers is amazed by how it has united their small but mighty team and what it means for the larger cause. “Saturday night, after we had gotten done for the day, we were all sitting around the table with people from every walk of life,” he says. “I definitely don’t fit the mold of the people that were in this project—I’m not necessarily an artist; I’m from northern Idaho; I’m a family man with three sons—but we were able to come together, have a drink, laugh, and talk about the issues, the trials and tribulations. I had to call my wife that night and tell her.”