Lyft’s Lawsuit Against San Francisco Is Bigger Than Bike-Share 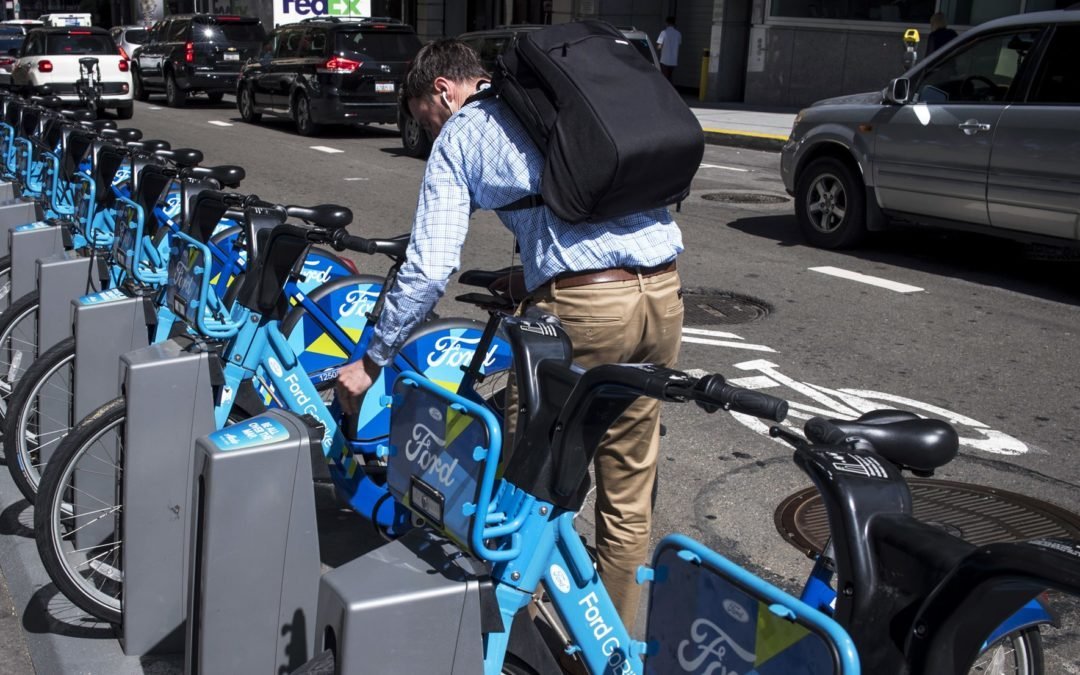 Lyft has sued the city of San Francisco. Or, to be more precise: Bay Area Motivate, the local subsidiary of the bike-share company that Lyft acquired last summer, is suing San Francisco. The dispute is over bike-share operations, and who is allowed to run bike-share programs in the city.

When Lyft announced in June 2018 that it would acquire Motivate, the largest bike-share operator in North America, the ride-hail company said it would also acquire Motivate’s bike-share contracts. This was an important part of the Motivate acquisition: The company has struck exclusive contract deals in places like the Bay Area, where Motivate operates as GoBike, New York City, where it operates as Citi Bike, and Chicago, where it operates Divvy Bike.

But the city of San Francisco seemed to challenge that exclusivity late last month, when it announced it would open up a permitting process for a larger dockless bike-share program—a process that would be open to companies other than Lyft and Motivate. The city argues that while Lyft has an exclusive permit to operate docked, station-based bike-share in San Francisco, it doesn’t have an exclusive permit to operate all bike-share.

The issue is even trickier because Lyft and Motivate’s contract is technically with a regional authority called the Metropolitan Transportation Commission, which has coordinated Lyft’s GoBike program across five Bay Area cities. MTC noted in a May 20 letter that the contract’s definition of “bicycle” is “silent on any distinction between station-based and dockless bicycles.”

Lyft had asked San Francisco to enter into an arbitrated dispute process. Eighteen months ago, that sort of process allowed the two parties to reach a compromise over a temporary dockless bike-share pilot program, which permitted up to 500 Jump electric bikes to hang on San Francisco streets. But as of Friday, those talks appear to have broken down.

In its lawsuit, Lyft says it borrowed “tens of millions of dollars” and spent $35 million to build and implement the bike-share program in the Bay Area, $15 million of those in the San Francisco alone. It says it’s still “years away” from recouping its investment in GoBike. The company’s lawyers write that San Francisco’s decision to open up its bike-share permit amounts to a “reneging on its contractual obligations … which allow San Francisco to profit unjustly from Motivate’s effort and investment in the burgeoning Bay Area Bike Share Program.”

The Lyft/Motivate lawyers also write that the company believes Jump and Uber “are actively lobbying certain San Francisco officials to allow JUMP to expand its e-bike presence in San Francisco notwithstanding Motivate’s exclusivity.” An Uber spokesperson declined to comment.

In a statement, a Lyft spokesperson wrote: “We need San Francisco to honor its contractual commitments to this regional program—not change the rules in the middle of the game.” The spokesperson said the company is “eager” to resolve the issue.

John Coté, a spokesperson San Francisco City Attorney’s Office, says the contract between Motivate and the city “does not give Lyft the right to a monopoly on bike sharing in San Francisco.” He said that Lyft, which is also working to develop its own dockless bicycles, could “seek a permit for dockless bikes on equal footing with everyone else.”

Local cycling advocates say they are concerned that the dispute between the city and bike-share companies might end in fewer accessible bikes in San Francisco. “This lawsuit is really about Uber versus Lyft, and who gets to be the private operator of a public good,” says Brian Wiedenmeier, executive director of the San Francisco Bicycle Coalition. “If the outcome of this lawsuit limits in any way access to safe, healthy, and affordable transportation, people who ride bike-share in San Francisco will end up losing out.”

This is not the first time that Lyft has sued a US city. In May, a federal judge dismissed its lawsuit against the city of New York’s Taxi and Limousine Commission over new driver minimum wage rules. Lyft had argued that the new rules subtly favored Uber.

In many ways, the dispute between San Francisco, the MTC, and Lyft is unique. But the lawsuit may have broader implications for other cities with contracts with Motivate. And for the wider transportation tech landscape, which has been roiled by change in the last two years. In early 2018, Jump and Motivate were nearly decade-old companies building up their bike-share businesses. But now they’re part of a larger drama, which pits two buzzy public companies—Uber and Lyft—against each other in a fight over city streets, and city residents’ dollars.