Reality Dating TV Still Has Some Growing Up to Do 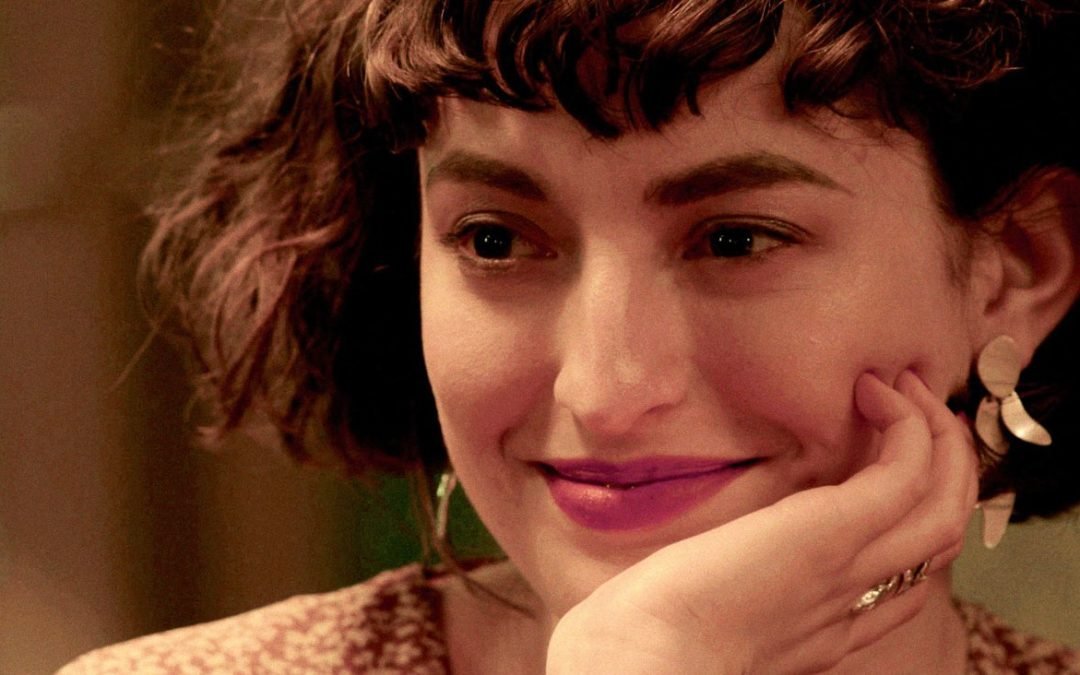 Leonard is a private investigator who’s experimented with LSD and loves oysters. He lives in NoLita, a fashionable downtown Manhattan nabe, and his wife of 34 years, Susan, died of cancer three years ago. “It was one of those storybook things that worked out,” he says of her, traces of grief scratching at his throat. “I was a lucky guy.” At 70, Leonard is eager to find love again. To find a partner he can travel with, learn from, and share laughter with. It’s admirable. It’s also a story we don’t witness with regularity on TV—the aging, sensitive widower in search of intimacy.

That is just one of the canny tricks of Dating Around, the chic six-episode Netflix series that isn’t concerned with arriving at a neat conclusion and is bereft of a clear thesis. It’s not your typical reality dating show. The setup adheres to a fierce repetition: One eligible New Yorker (all episodes were filmed in NYC) goes on five dates. Only, it’s the same bar or restaurant every time. There are drinks. Laughter and awkward silence. Still, the experience comes across as inanimate: It’s a recycled episodic framework with two people sitting across from each other, drinking hot sake or toasting over martinis, chatting about their lives (one narrative detour comes in the second episode as an argument erupts between Barneys jewelry buyer Gurki and her date Justin over her previous marriage).

But whereas most dating-show staples are motivated by movement, Dating Around doesn’t go much of anywhere. The bedrock of these knotty endeavors of the heart is typically a twister of self-revelation, earned emotional refinement, or the acquisition of pleasure. Netflix’s series does little of that—and it almost feels radical in its stasis. Almost.

Premiering on Valentine’s Day, Dating Around is a fine show that purposefully lacks a groundbreaking presence (one colleague very accurately styled it a “grown-up Next“). Perhaps with a hint of irony, it translates as moderately innovative in how unremarkable it wants to be. Still, it’s hard to look away. “This isn’t a quest to find necessarily the love of your life,” co-creator Chris Culvenor said in an interview with Vanity Fair. “This was really just an honest snapshot of what that experience is like. It can be fun. It can be awkward. It can be interesting. It can sort of change who you are.” I keep getting stalled on his use of sort of, its indefiniteness, the implication of its seesawing doubt. It begs interrogation: in its sometimes glossy artifice, is there anything left the genre can teach us about dating or the delicate architecture of human connection? What more is there to say? Worse yet: Does it even want to say anything?

Cushioned within its own juvenile parameters, the state of reality dating TV currently exists as it has for the last two decades: stuck in a stubborn adolescence. It refuses to grow up. Consider it a crisis of intention. For all the emotional honesty, scripted or sincere, the genre labors to wring from its participants, the medium itself continually dismisses the opportunity for its own candid moment of revelation. Reality dating TV wants to be a wilder thing, messy and mesmerizing, more reflective of the times. I want that for it too. But maturity requires a reckoning. Transcendence demands owning up to one’s own vulnerabilities.

Dating Around rejects all the usual tropes of the genre. It is a show that works to tap into the plurality of our humanness. Its oddity. Its expansiveness. Its color and queerness. It is not an ideal portrait, but it is perhaps just what we needed: a start.

More aligned with traditional reality dating fare are ABC’s The Bachelor (its 23rd season culminates next week in a two-night finale) and the recent USA reboot of Temptation Island. I’ve always found the latter breed—the mid-to-low tier dating experiment—more enticing because it rejects pretense: It’s unabashedly and recklessly fun; episodes roil with cheap popcorn drama. The Bachelor is a foundational text of the genre, even as it flexes an outdated scope of modern courtship (every contestant is heterosexual and has come on the show with one goal in mind: to get married).

Still, if you’ve watched enough reality dating romps, the ecosystem itself operates like a science lab. The resulting “reality”—the moments of surprise bliss, the eruptions and paths to redemption—begins to feel choreographed, the producers playing the role of puppeteer, the events set in motion by a tried-and-true compound of elements (the scripted Lifetime drama UnReal poked at these predictable tensions with an air of dark curiosity).

The animating soul of the genre is one of combustion. For a participant to achieve any kind of love, he or she must wade through an inferno of emotion. Moments of such grandeur have become a hallmark of shows like Are You The One? (MTV), Bachelor in Paradise (ABC), and Love Island (ITV). Narrative movements snake and bend, taking on the polish of a TV soap. Partner quarrels boil into scalding bombast. Sympathies adjust. Turns of heart become more ornate, the betrayals explosive. Allegiances flip. Your once-favorite “character” is now a lodestone of chaos. There are blue skies and bright, drunk-happy moments, but a tempest looms in the distance. The storm is never far off.

I do not mean to imply that these shows lack humor or originality. Or to say that they aren’t worthy of salivating over (most are!), but they have become perverse inversions of, well, reality. They don’t exactly mirror the present, reflecting back that luminous cornucopia of representation, as much as they work against it.

Look around and you’ll notice a dearth of LGBTQ+, black, and Latinx participants on these shows. Individuals with disabilities are never given voice. And senior citizens like Leonard are a rarity within the genre. Maturity requires acknowledgement of these faults, followed by action. I often wonder how incredible an all-black or all-lesbian Bachelor would be, or even a trans interpretation of Are You the One? I can almost guarantee when the reboot of Paradise Hotel returns to Fox in May it will, just as its contemporaries have, fail to capture the tenor and texture of the moment.

That is what gives Dating Around such a strange magnetism: It rejects all the usual tropes of the genre. Looking past the first episode—very unoriginally, it centered on a straight, white male with model looks named Luke—it’s a show that works to tap into the plurality of our humanness. Its oddity. Its expansiveness. Its color and queerness. It is not an ideal portrait, but it is perhaps just what we needed: a start.