Space Photos of the Week: One Last Piece of the Moon Rock 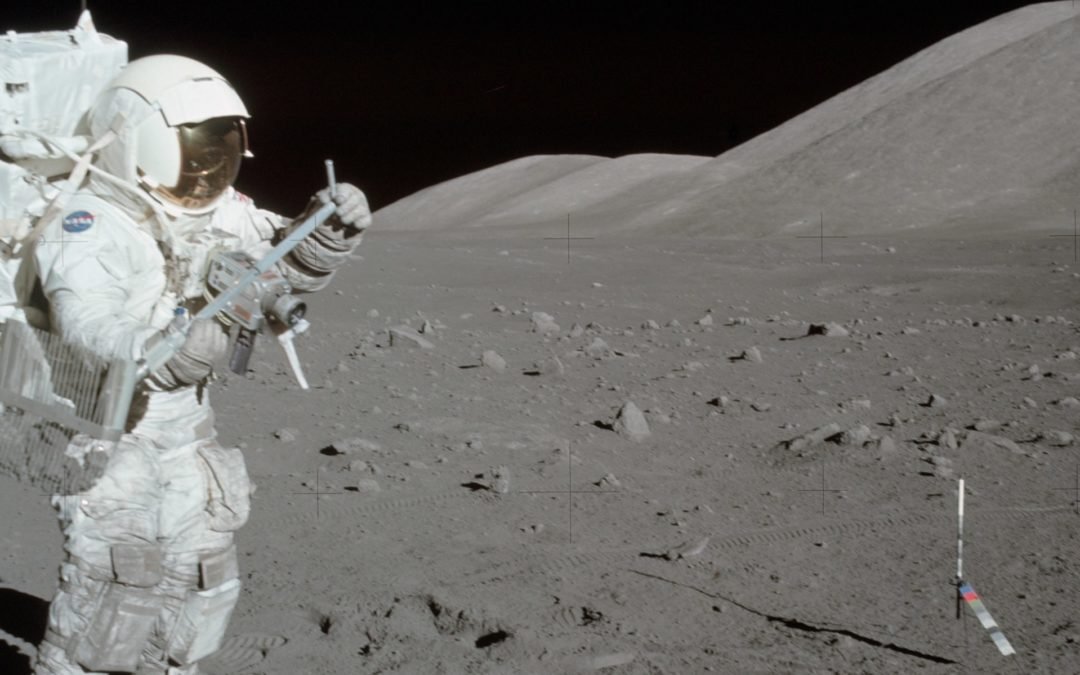 Rock of ages: Here we see astronaut Harrison H. Schmitt collecting lunar samples during the Apollo 17 mission in 1972. (Astronauts pounded a “drive tube” into the lunar ground to pull a core of material, weighing about 800 grams.) Astronauts on Apollo-era moon-landing missions brought many rock samples down to Earth; these were vacuum-sealed and have never been exposed to our atmosphere. Now NASA has decided to unseal some of the last remaining samples, including samples from Apollo 15, which have been preserved in helium for almost 50 years.

We recently bid our goodbyes to Opportunity after its stellar 15 years of service exploring Mars. This week, NASA released the final photo the rover took—a sweeping panorama of Perseverance Valley. To the right of the image you can see the tire tracks of the rover, a marker of the places it had been. Ride on, golden Opportunity, ride on.

Dig those spare 3D glasses out of a drawer, and check out this weird object that NASA’s New Horizons spacecraft flew past last New Year’s Day. Before the spacecraft approached MU69, as it’s known, the team thought it likely was round. But after analyzing the images, scientists think MU69 might have been hit, clotheslined, or run over by something. Astronomers don’t have a good idea what happened to MU69 yet, but at least now they’ve gotten a better look at this ancient rock 4 billion miles away.

This is your brain on Mars: The HiRISE camera on NASA’s Mars Reconnaissance Orbiter has been watching this odd-looking, mid-latitude region on the red planet for a while, but scientists are still scratching their heads about what could be shaping such “brain terrain.” It may have something to do with ice beneath the surface sublimating away—that is, going from solid to gas—and leaving large troughs in the surface.

European astronaut Tim Peake captured this stunning light show from the International Space Station in 2016. Auroras are caused by highly charged particles from the Sun interacting with the Earth’s magnetic field. As electrons and protons rain down on our planet, the magnetic field serves as a barrier to protect the planet, and the interactions between the magnetic field and these subatomic particles create arcs of green and pink and other colors in the sky. They’re often visible at high latitudes, but as we can see, they are best viewed from space.

Galaxies dance all around the universe, but sometimes when the space ballet dancers glide too close together, they merge. It’s hard to recognize what’s left of a pair of galaxies, known as NGC 6052, some 230 million light years away. But in time, NGC 6052 will gracefully become a single, stable galaxy. (Let’s hope Hubble is still around to spot it.)