Space Photos of the Week: Polychromatic Views of the Earth 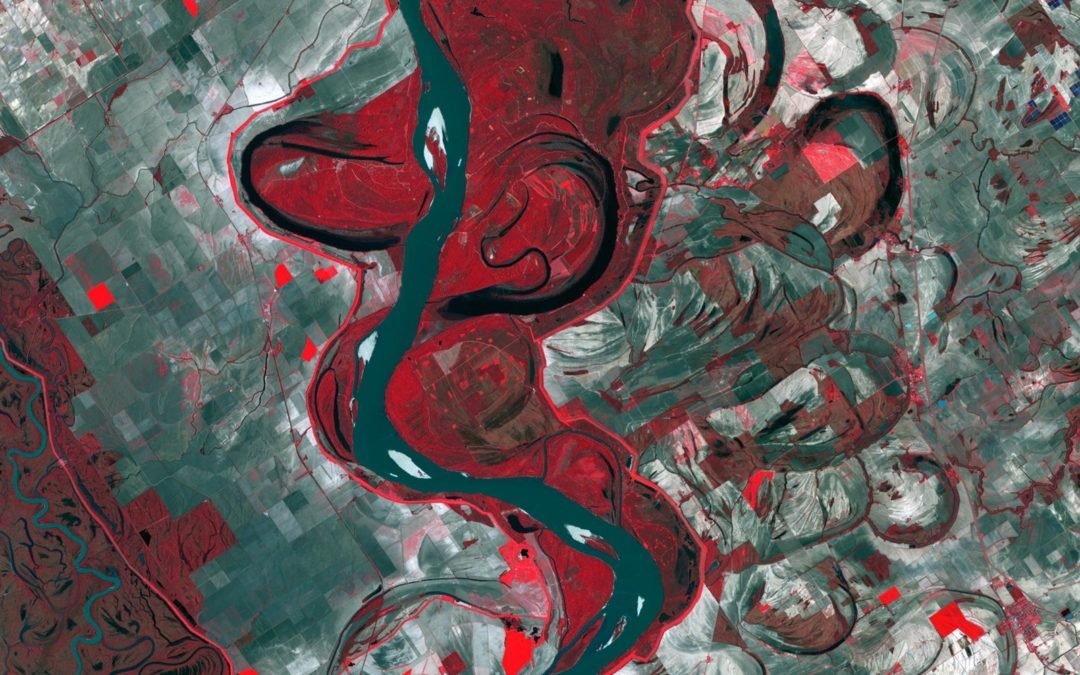 Thursday, April 22, was the 50th anniversary of Earth Day. So it’s a great time to take a look at our beautiful planet through the eyes of NASA’s Terra satellite, which was launched in December 1999 to monitor the environment and the effects of climate change. These images are taken with the ASTER instrument, which stands for Advanced Spaceborne Thermal Emission and Reflection Radiometer. It collects data in a variety of wavelengths to parse out fine differences in mineralogy, water temperature, and heat activity on the planet’s surface. For example, by observing the ground with infrared instruments, scientists can spot heat changes in the surface, like the melting of permafrost or heat emissions in the atmosphere. The result is high-resolution images of the surface of the Earth, clouds, ice, and water in almost alien rainbow colors. 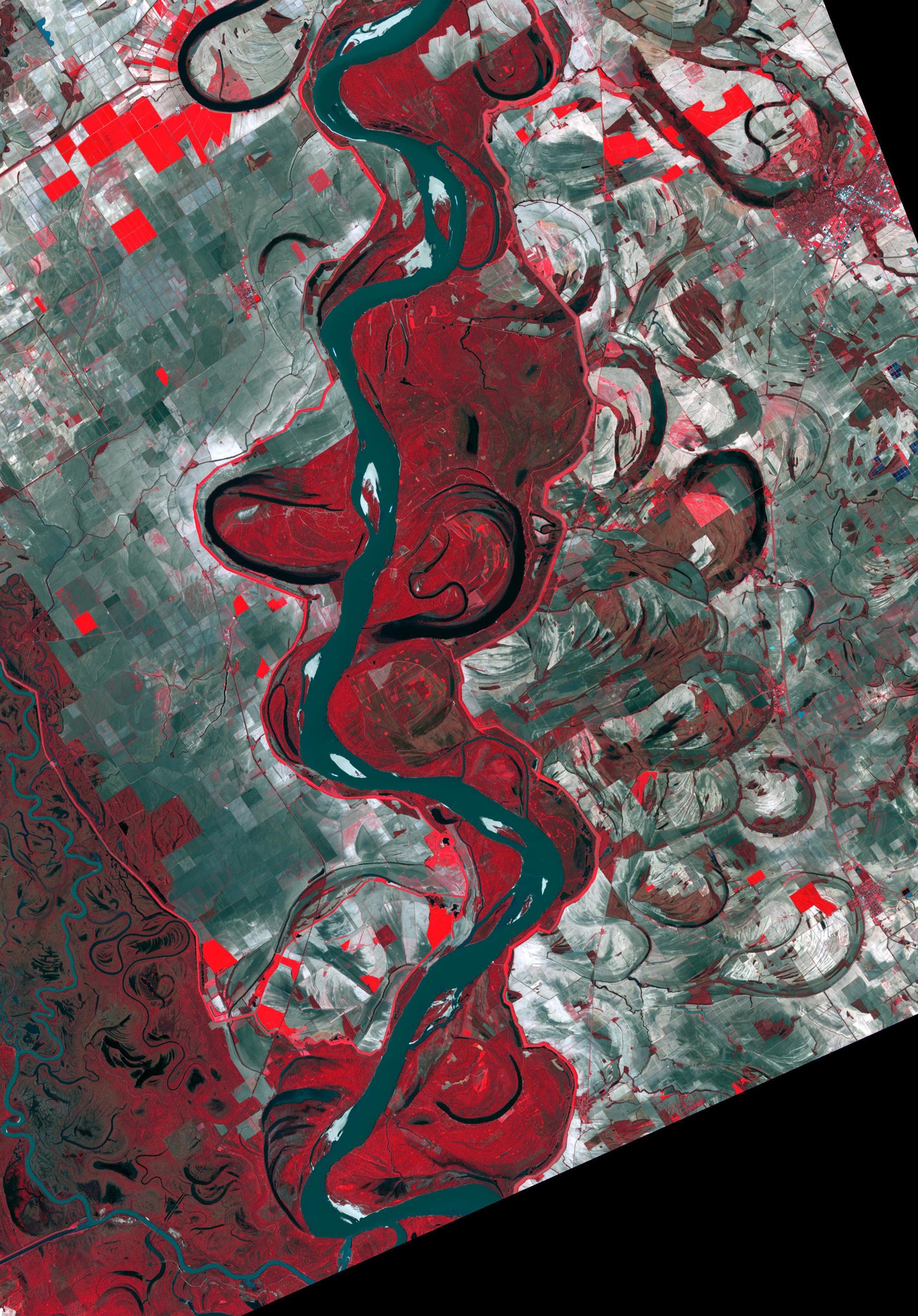 This image shows how the Mississippi River has changed its course over the last 70 years; the green main belt is the river now, and the surrounding area in red is its main channel.Photograph: NASA/METI/AIST 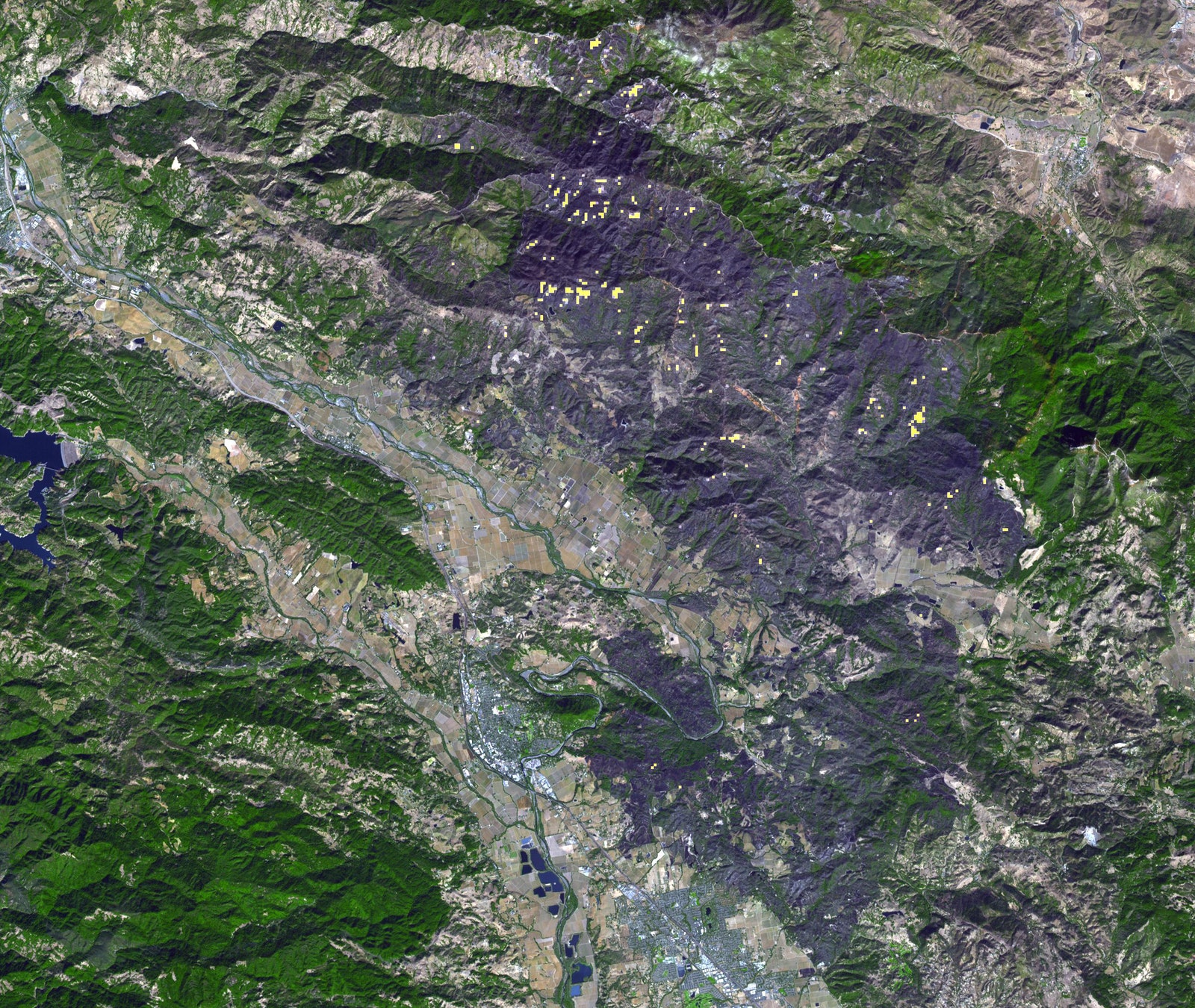 In November 2019, the Kincade fire spread through much of Sonoma County, California. This image shows the areas that have already burned in gray. The actively burning regions appear as yellow dots.Photograph: NASA/JPL-Caltech 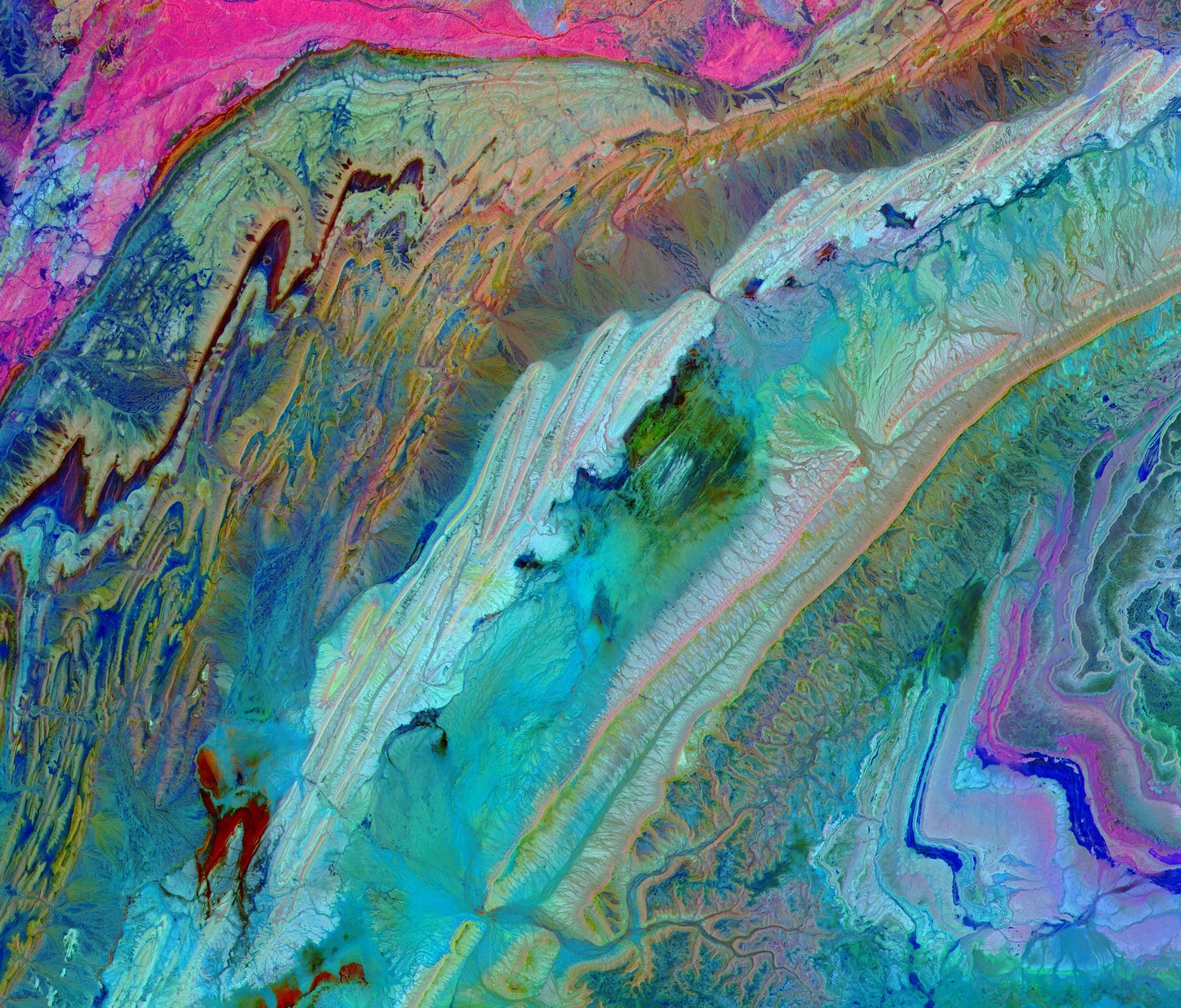 This tutti-frutti image shows an 80 million-year-old collision of the African and Eurasian tectonic plates—modern-day Morocco. The collision created a mountain range known as the Anti-Atlas mountains. The ocean that used to be between the plates was called the Tethys Ocean; it was destroyed during the collision and all the material—like limestone, sandstone, claystone, and gypsum—were smushed into these folded layers. Different minerals absorb different wavelengths of light, which accounts for the rainbow colors in this image (you can see variations in texture, too).Photograph: NASA/METI/AIST 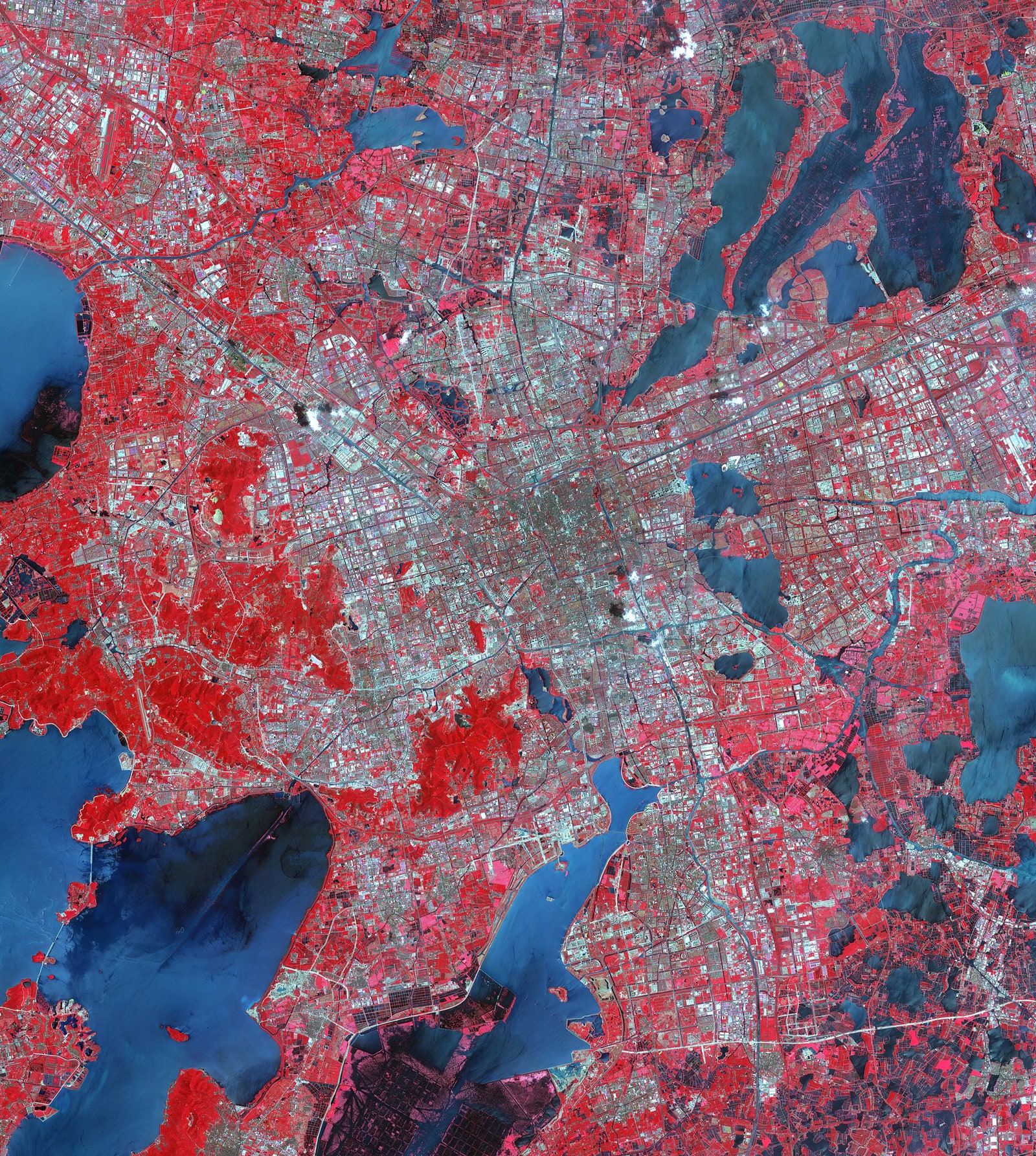 Suzhou is one of the largest cities in East China. It sits at the base of the Yangtze River and has become one of China’s main economic centers. This image combines satellite imagery from NASA’s Landsat satellite taken in 1984 and an ASTER image from 2015. The combination shows how the city grew from 900,000 people in 1990 to 5.3 million in 2017.Photograph: NASA/METI/AIST 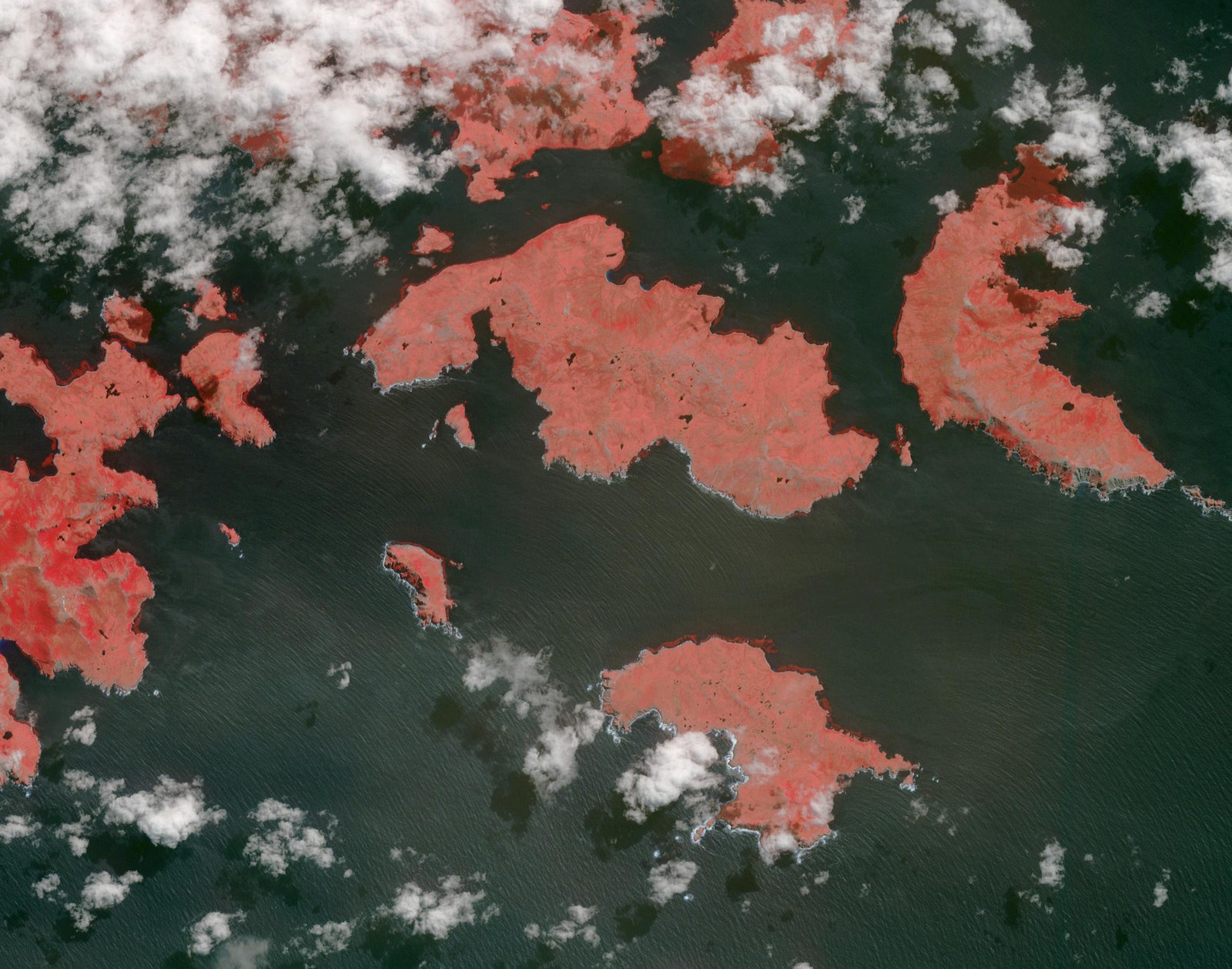 This is Cape Horn, the southernmost part of the Tierra del Fuego archipelago in Chile. This point usually marks the last bit of land explorers see before they head south to Antarctica. Also known as Drake’s Passage, this waterway is infamous for strong winds and bad weather, causing countless sailing ships to sink as they rounded the horn.Photograph: NASA/METI/AIST 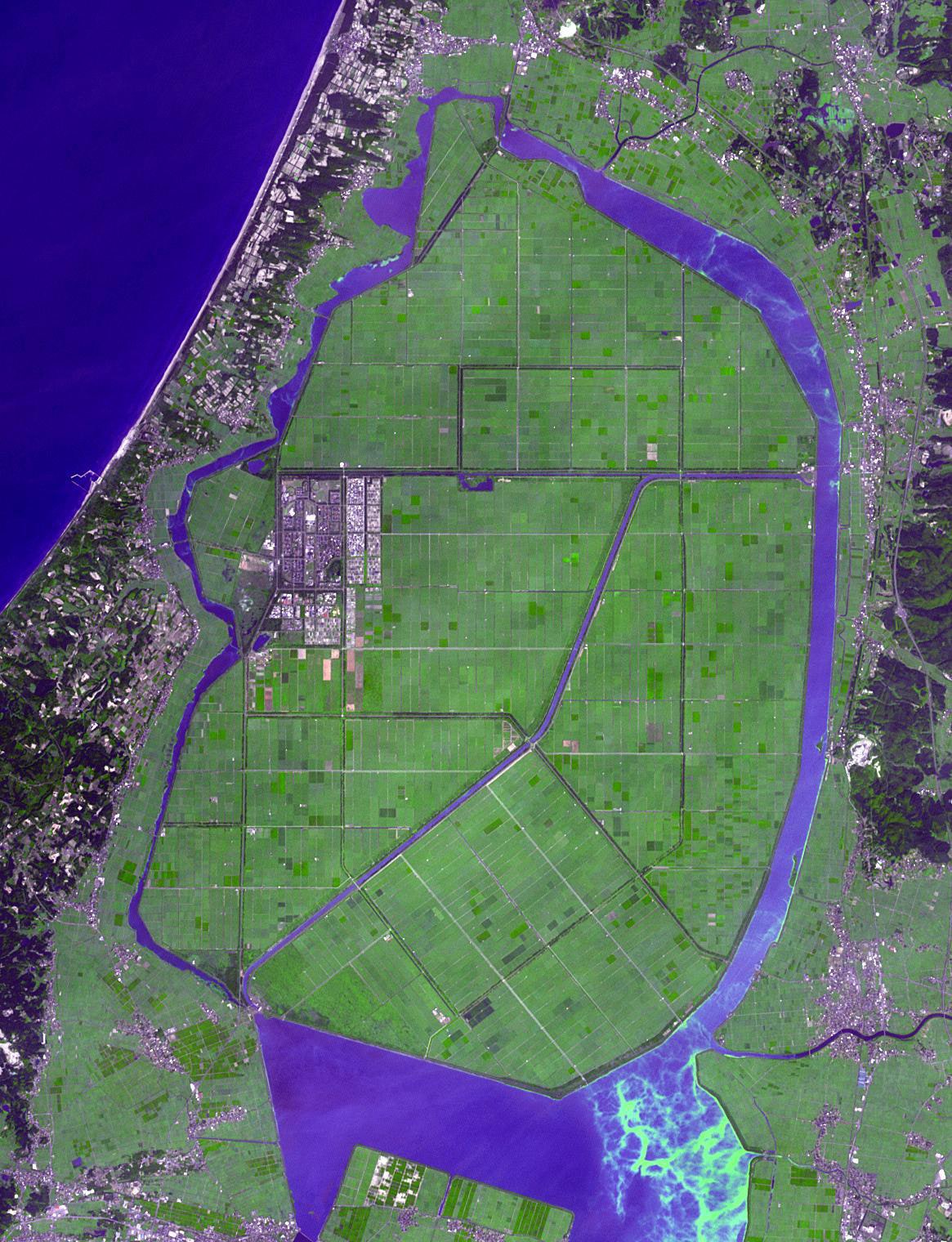 Okata is a small town in northern Japan with only 3,000 residents. Most of the land in this small town has been reclaimed from Lake Hachirogata shown in blue to the left. The town and lake all sit below sea level.Photograph: NASA/METI/AIST

Head over here to look at more space photos.