Space Photos of the Week: Reading the Universe in Infrared 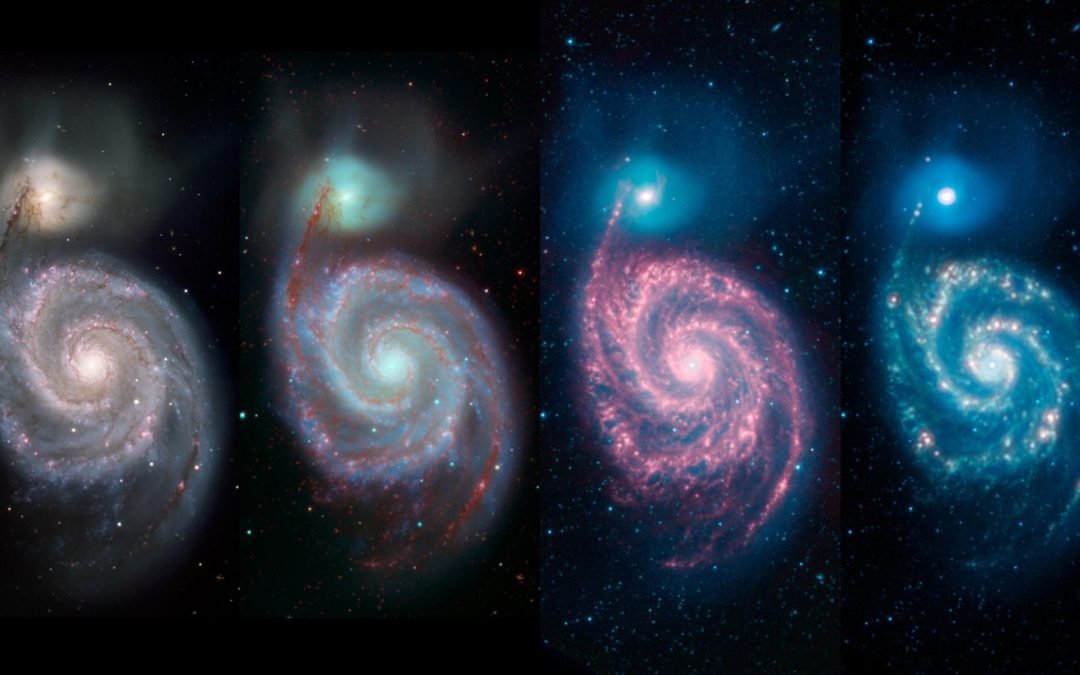 The human eye can process light wavelengths in the range of 380 to 740 nanometers. However, there’s a whole swath of “light” that we are unable to see. Cue the fancy telescopes! This week we are going to look at photos of space that are filtered for the infrared—wavelengths from 700 nanometers to 1 millimeter in size. By filtering for infrared scientists are able to peer through the visible stuff that gets in the way, like gas and dust and other material, to see heat, and in space there’s a lot of hot stuff. This is why NASA has telescopes like Spitzer that orbit the Earth looking at the universe in infrared, showing us stuff our puny eyes could never see on their own. 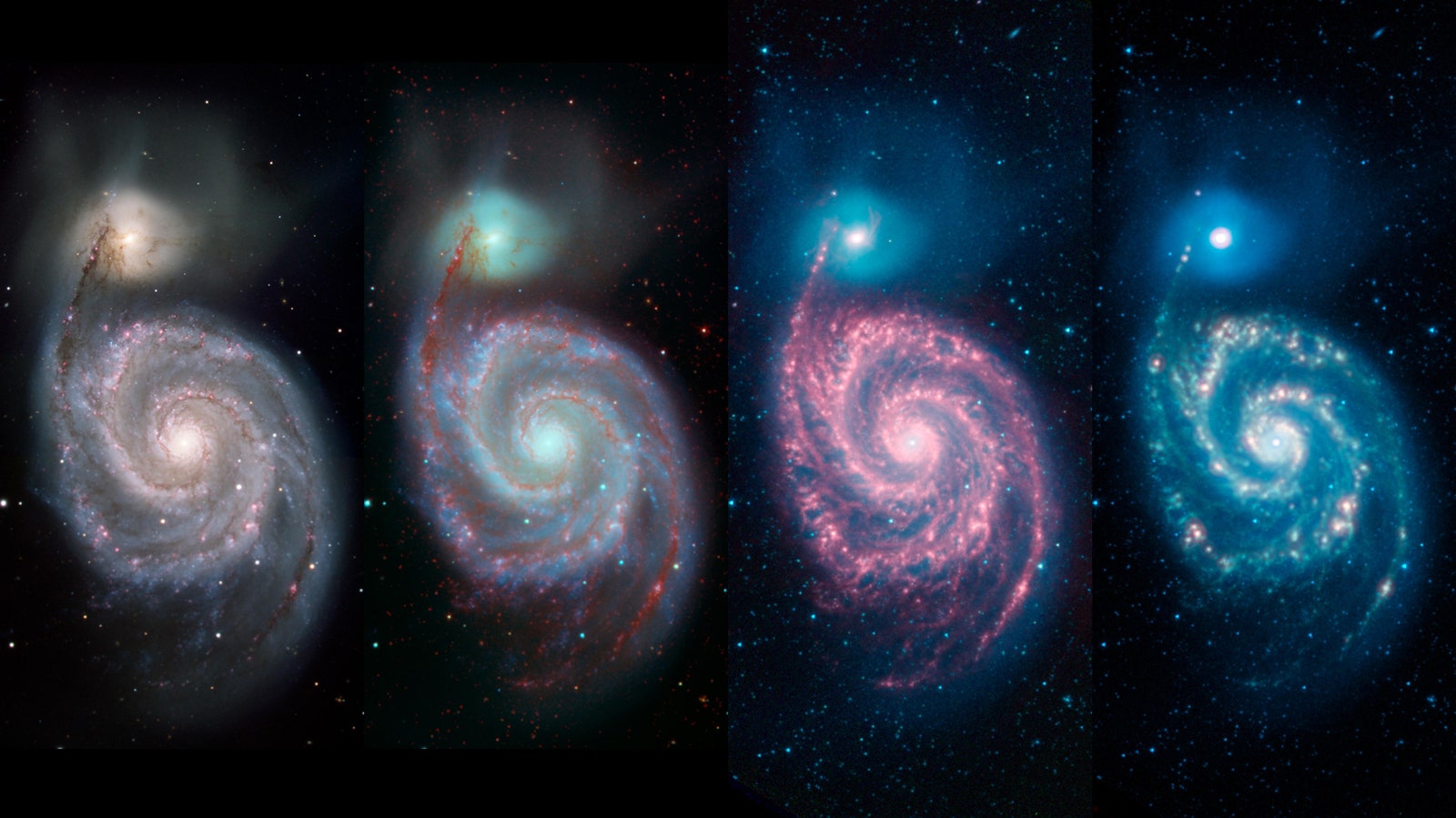 Here’s a space photo cool enough to make Andy Warhol proud: This four-part series shows the Whirlpool galaxy and its partner up above, a satellite galaxy called NGC 5195. This series serves as a good example of how different features can appear when cameras filter for different wavelengths of light. The far left image is taken in visible light, a remarkable scene even though the galaxy is more than 23 million light years from Earth. The second image adds a little extra: Visible light is shown in blue and green, and the bright red streaks are infrared—revealing new star activity and hot ionized material.Photograph: NASA/JPL-Caltech 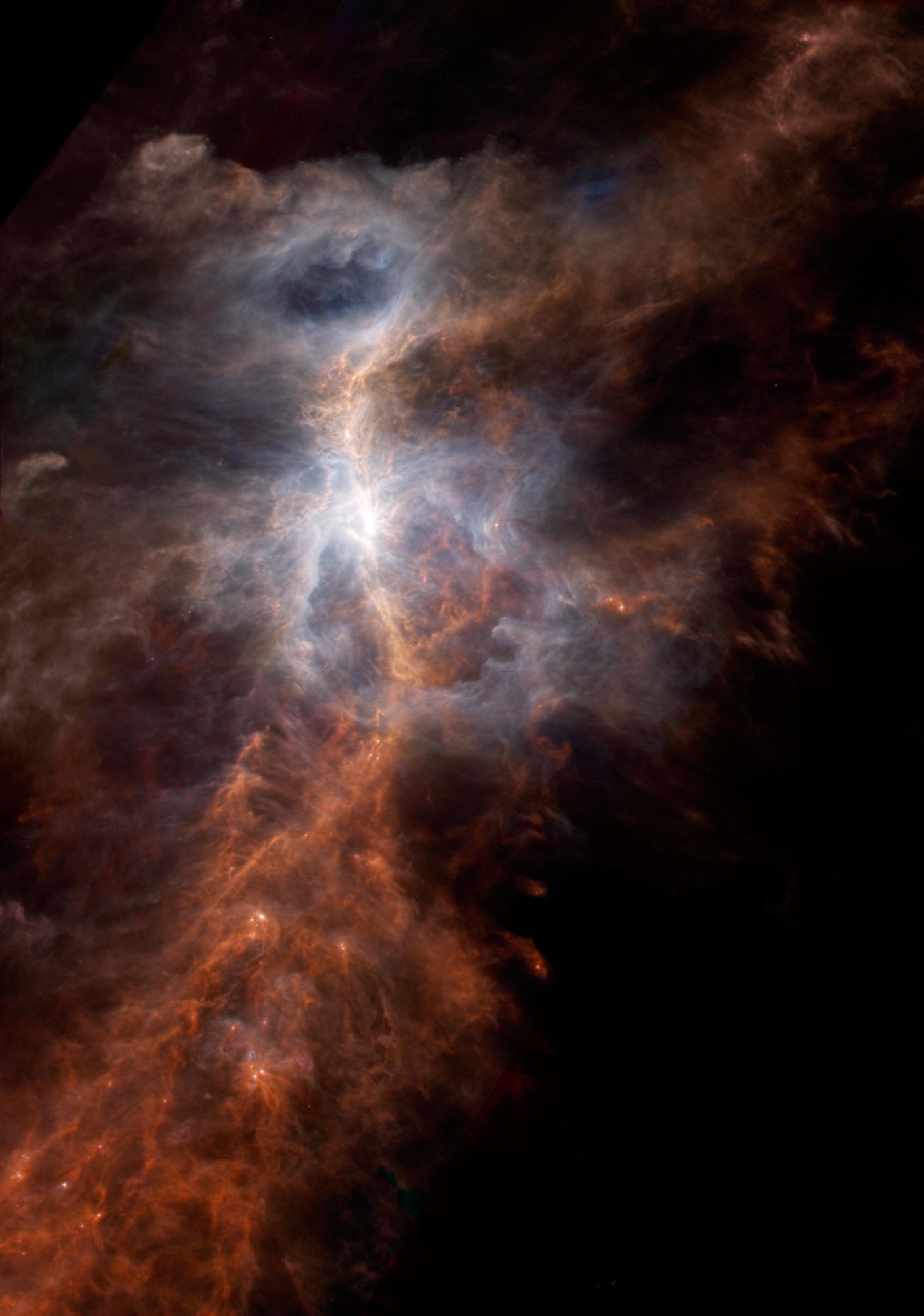 This infrared image of the Orion nebula allows astronomers to see dust that’s aglow from star formation. The central light-blue region is the hottest part of the nebula, and as the byproducts of the star factory are ejected out, they cool off and appear red.Photograph: ESA/NASA/JPL-Caltech 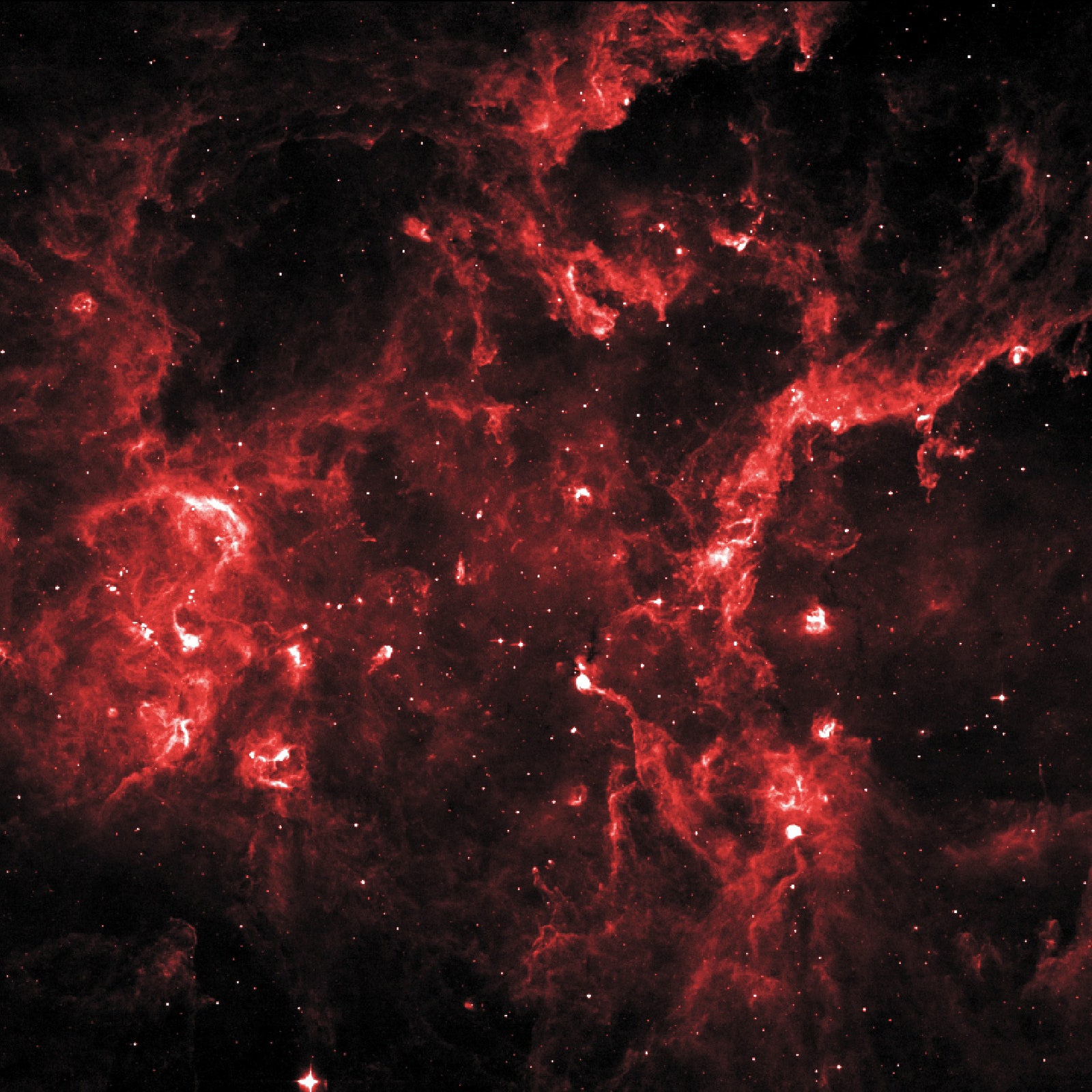 Cygnus X is a ginormous star complex containing around 3 million solar masses and also is one of the largest known protostar factories. This image shows CygnusX in infrared light, glowing hot. The bright white spots are where stars are forming, with the red tendrils showing the gas and dust being expelled after their births.Photograph: NASA Goddard