Space Photos of the Week: There’s Nothing Like the Sun 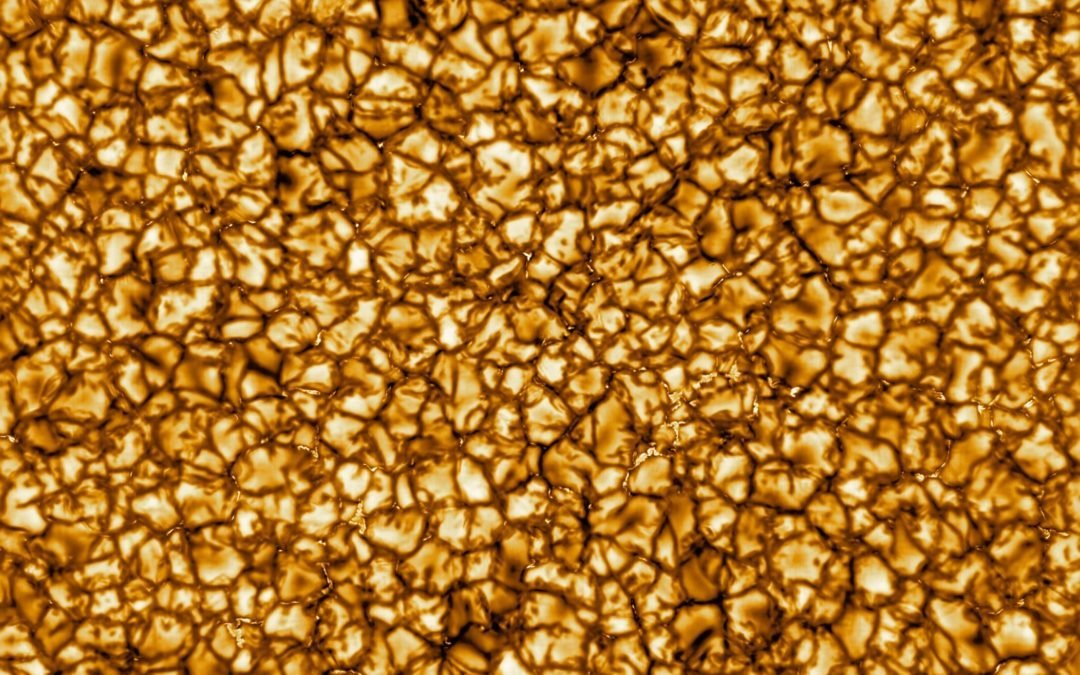 A new telescope in Hawaii called the Daniel K. Inouye telescope has taken the highest-resolution-ever image of the surface of the sun. The photo reveals the boiling surface, and the mesmerizing pattern looks like popcorn. Fusion reactions—individual hydrogen nuclei smashing together and creating helium—happen nearly every second in the core of the sun, and the material they produce then travels up to the surface over the course of ten thousand years. So the plasma we see in this photo has already had quite the journey. Research on the sun will help scientists understand the complex nature of solar weather, which brings us lovely aurora, but can also wreak havoc on our satellites and electrical grid. Grab your sunglasses and maybe some popped snacks and get ready for this week’s epic journey to the sun. 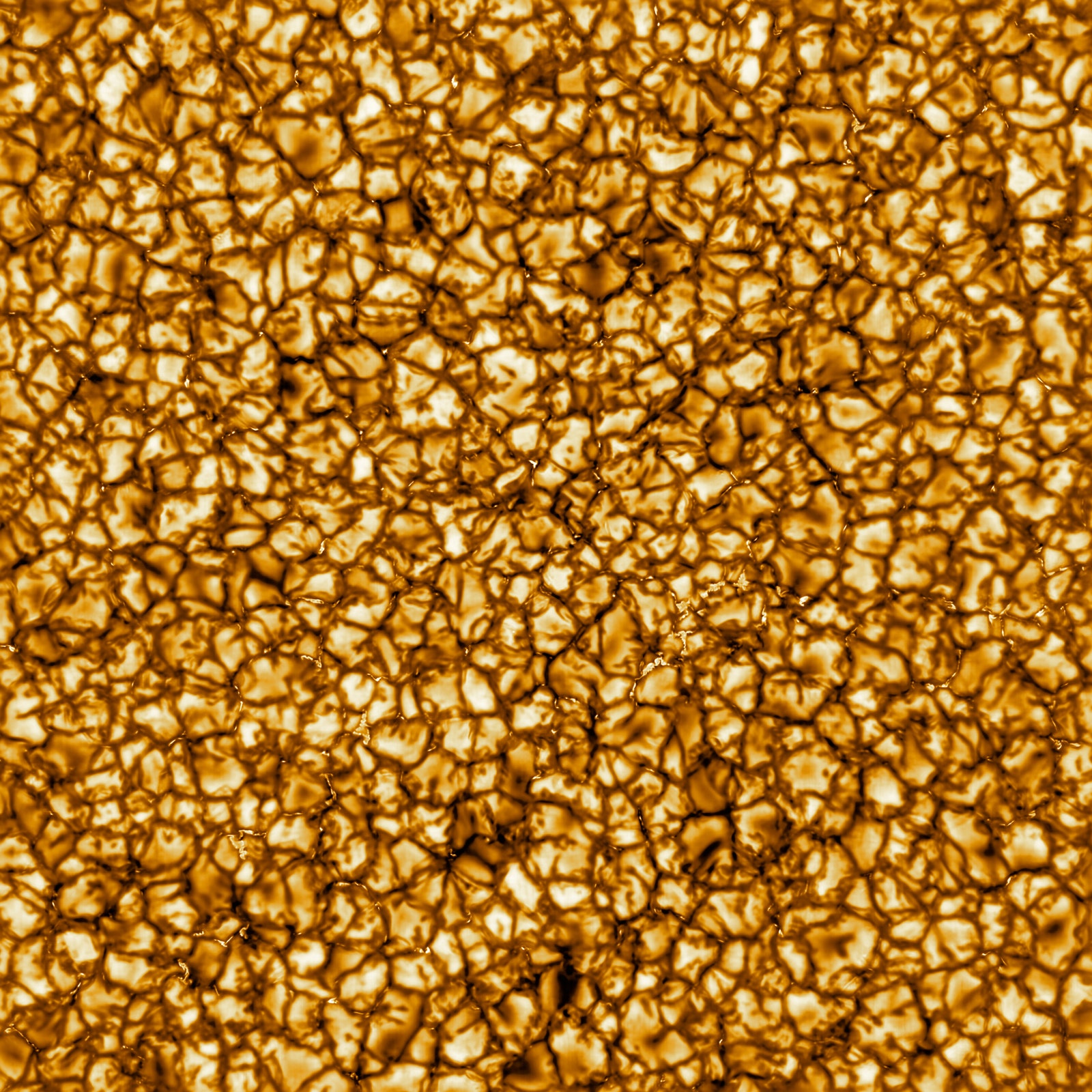 It looks like caramel corn, but it’s actually the roiling surface of the sun. Each one of these cells is hot plasma that has boiled up from below the surface; as it spreads and cools it falls back down again, creating this kernel-like pattern. Each cell is about the size of Texas, but much, much hotter.Photograph: NSO/NSF/AURA 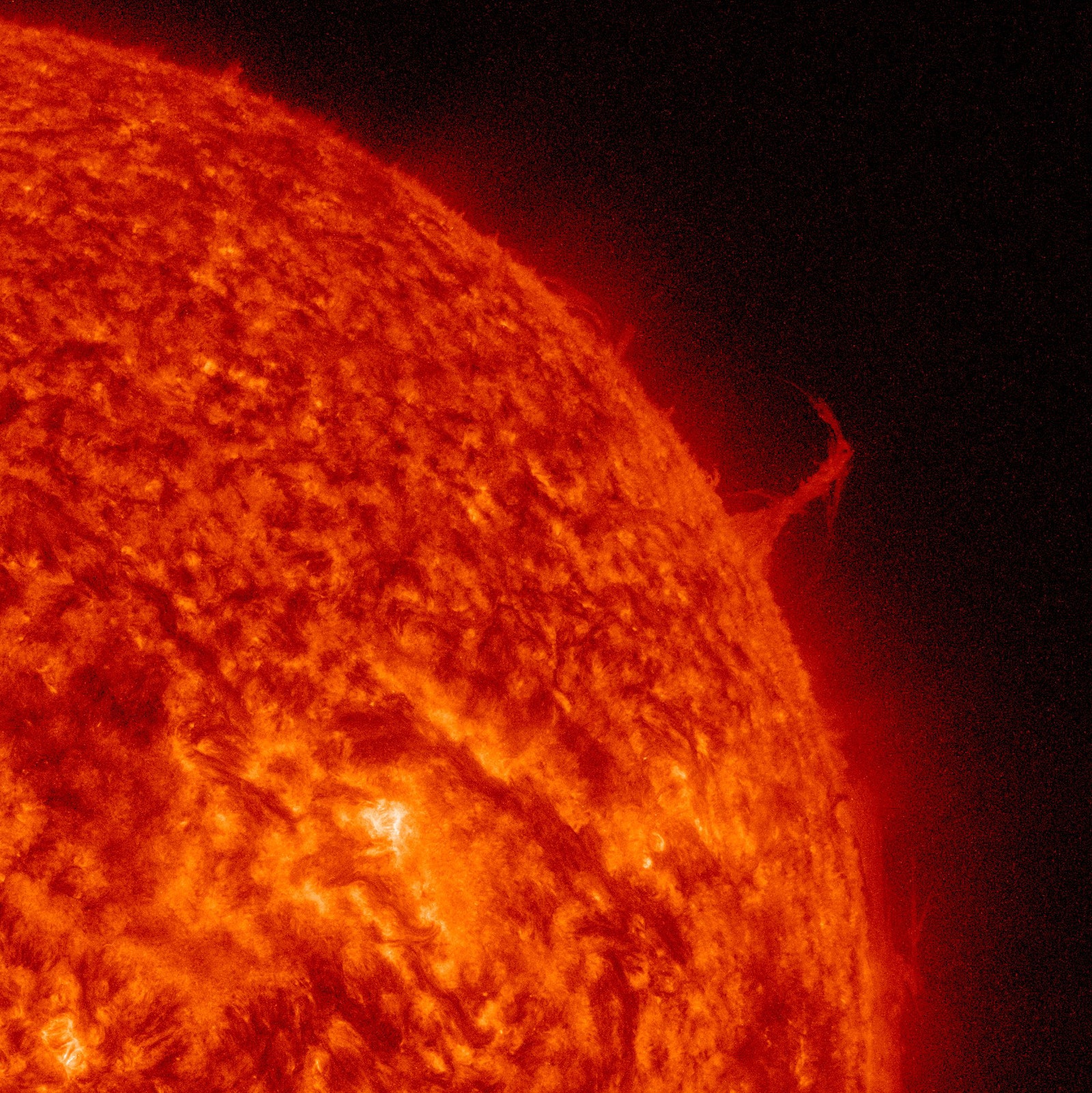 NASA’s Solar Dynamic Observatory captured this photo in 2015, when a long strand of plasma shaped like the Eiffel Tower shot out from the sun. It was huge—several times taller than the diameter of the Earth—and it lasted for about two days.Photograph: NASA Goddard 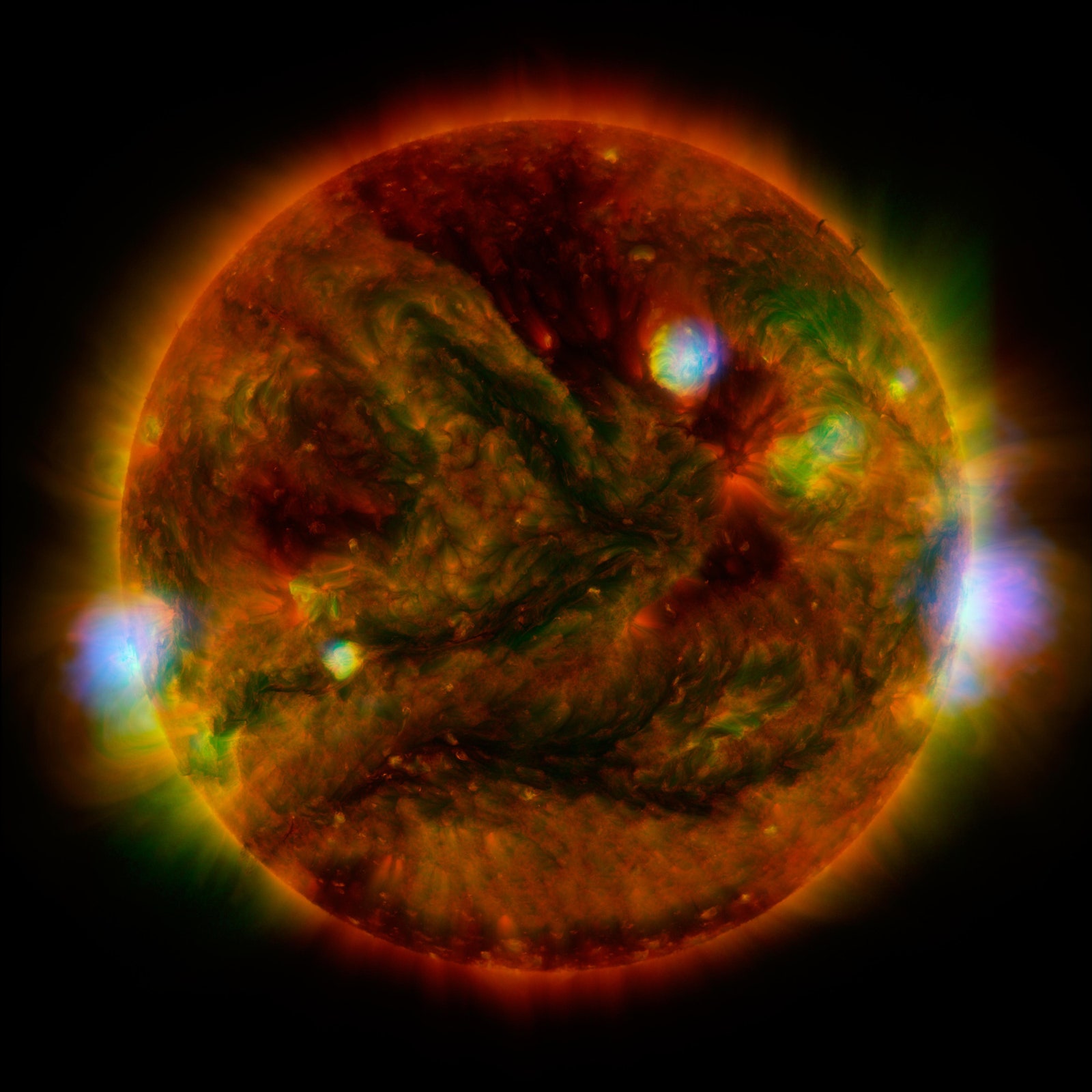 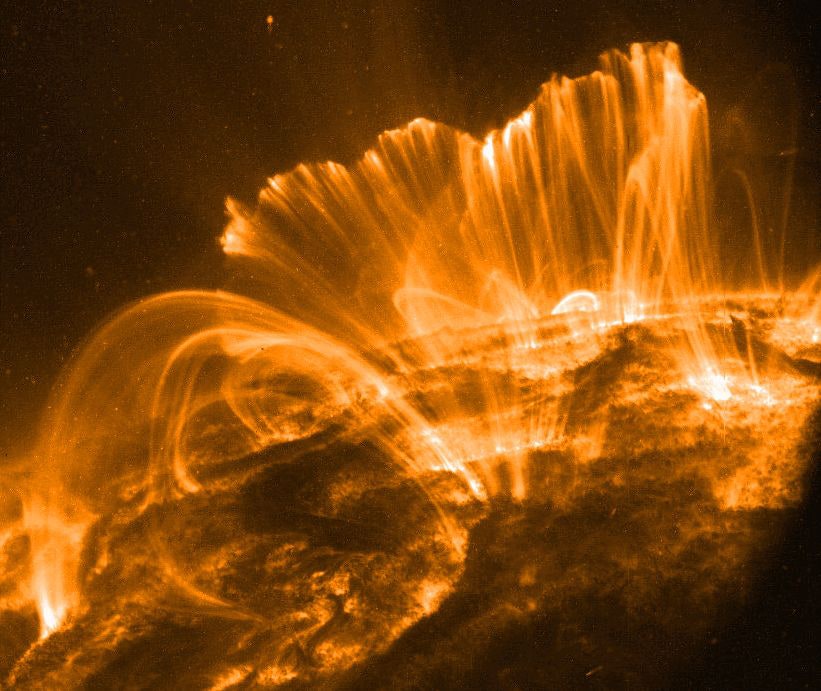 This hot plasma is tracing magnetic field lines that shoot out from the sun’s active regions. A break in these loops becomes a solar flare: highly charged particles that go speeding out into space, bumping into Earth’s magnetic field and gifting us with aurora at the poles.Photograph: NASA Goddard 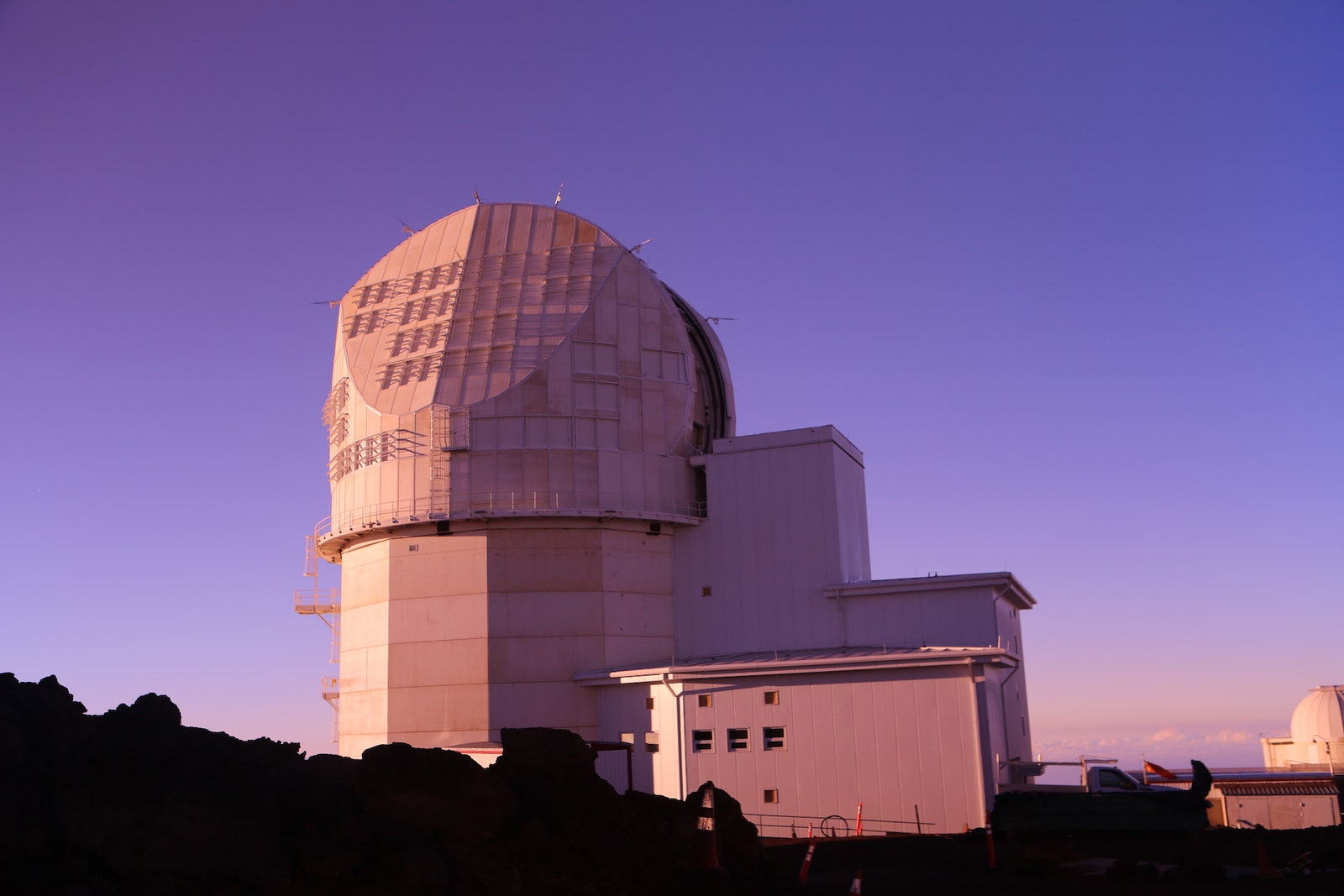 This is the DKI Solar Telescope located atop the Haleakala volcano on Maui. Its four-meter mirror makes it the most powerful solar telescope in the world.Photograph: NSO/AURA/NSF