The Beautiful Benefits of Contemplating Doom 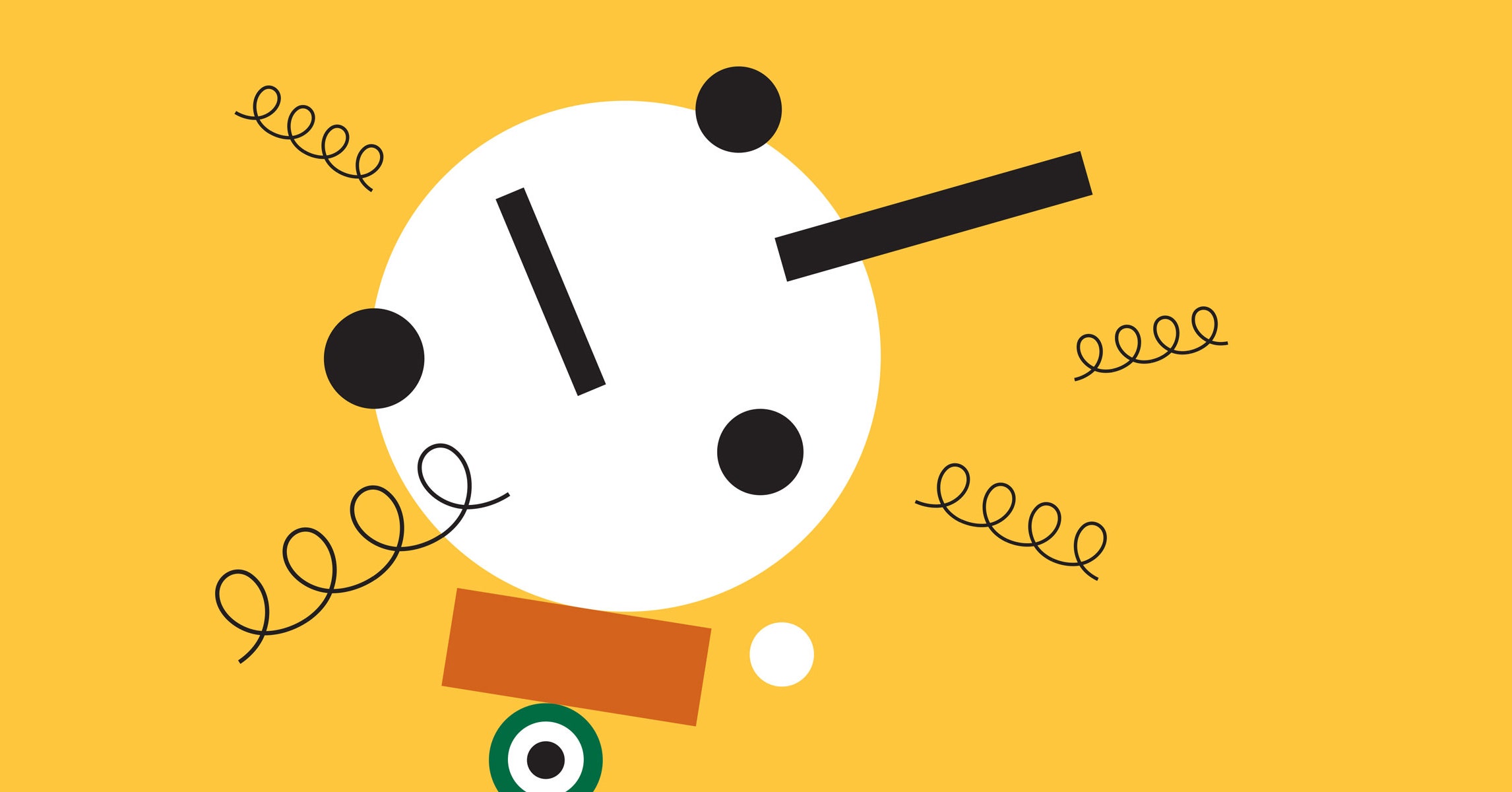 Every year, in late January, a small group of beetle-browed scientists, politicians, and journalists gather at the National Press Club in Washington, DC, to ponder the end of the world. This is a day of solemn kitsch: the unveiling of the Doomsday Clock, the minimalist midcentury dataviz that, since 1947, has been adjusted to dramatize the imminence of global catastrophe. But that’s too many syllables. Let’s use the shorthand: doom. And it’s close at hand. The Bulletin of Atomic Scientists, the nonprofit group that maintains the clock, used to set the hands based entirely on the probability of nuclear hellfire. Then in 2007 they added climate change to their calculus and, in 2017, cyberwar. The clock’s setting is largely impressionistic. To rough out a relative idea of how safe or imperiled the world is, a committee meets twice a year to weigh signs of peace and climate amelioration—treaties, accords, regulations—against the rumblings of war and environmental disaster.

On January 24, before a hushed assembly, Jerry Brown, the freewheeling former governor of California, and William Perry, the stern former defense secretary, drew back a heavy black curtain to reveal the iconic clock graphic, now set for 2019—at two minutes to midnight. It was like seeing an MRI with bad news. Humankind has been this near to the apocalypse only twice before. The first was in 1953, shortly after the US and Soviet Union started testing hydrogen bombs, and the second was last year, when President Donald Trump was wrapping up his first year of reckless climate denialism and fire-and-fury saber rattling.

The Bulletin’s president and CEO is Rachel Bronson, former director of ­Middle East studies at the Council on Foreign Relations, author of Thicker Than Oil: America’s Uneasy Partnership with Saudi Arabia, and onetime cochair of Chicago Shakespeare Theater’s Producers’ Guild. The clock’s current setting, she said, reflects the ongoing threats posed by escalating arms races and rising temperatures. Widespread information warfare is amplifying these dangers. The mood in the room was funereal.

That’s the Doomsday Clock for you. It’ll break your heart. The stark, numberless face shows only the northwest quadrant of an analog clock; the end, by design, is always nigh. But even as I knew the clock had no morning and no afternoon, only dark night, I found it hard to stay clinical about the end. Sorrow almost knocked me out. A rising headache. “Humanity now faces two simultaneous existential threats … the future of civilization in extraordinary danger … frightening reality … too volatile and dangerous … catastrophe of historic proportions.” The panelists’ words ran together.

To get some focus, I asked Bronson during a break about the graphic, which designer Michael Bierut, who refreshed the image in 2007, calls “the most powerful piece of information design of the 20th century.” She told me about Martyl Langsdorf, a painter once known as a social realist prodigy—a Diego Rivera of the American plains. (Langsdorf’s yellow-gold 1940 mural Wheat Workers shows traditional Kansan harvesters baling hay while ominous smoke from new machines chokes the horizon.) Langsdorf’s husband, Alexander Langsdorf, had worked on the Manhattan Project before warning Truman against dropping A-bombs on Japan. At the Bulletin’s invitation, Martyl devised the icon for the cover of its first publication, setting her clock at seven minutes to midnight because it “looked good to my eye.”

However arbitrary its setting, the clock casts a spell. As I stared at it, the black hands and minute marks came to conjure lakes of fire, ice caps disintegrating like the Twin Towers, five-headed beasts from Revelation or maybe from Chernobyl. But then, as if by a trick of light, the image became brutal and institutional, something you might find in a hospital waiting room, ticking away the time until the grief to end all griefs.

Martyl Langsdorf returned to painting after she designed the clock, moving from allegory to a kind of tranquil abstraction in inky blues and lipstick pinks, and she lived almost a century, through 56 doomsday predictions, and zero actual doomsdays. As a painter married to a physicist, Langsdorf exemplified precisely the civilization the Bulletin says is in peril: fine art and hard science, suffused by a Gandhi-era commitment to peace over war, and to social justice over both anarchy and tyranny.

Milling around, not talking to groovy Jerry Brown (who was mobbed), I tried to separate familiar trepidation about my own death from more expansive fear about the death of the world. I found that the two went hand in hand, and both were abstract, subtly tranquil. They also carried the same imperative: Accept. Idly, I asked one of the Bulletin’s publicists if he ever wished he could become a Marvel hero, reverse the polarities, and forestall Armageddon. “Every day,” he said. He sounded resigned, but good-­humored and alert to irony.

I get random reminders of my own mortality from WeCroak, an app with notifications that don’t mince words.

Langsdorf’s clock is less an empirical data point than a statement of humanity’s self-awareness, proof that we’re wise to our own mortality. Awareness of death is notoriously crucial to well-being. For just this reason, I get random reminders of my own mortality from WeCroak, an app with notifications that don’t mince words: “Don’t forget, you’re going to die.” Recently it served up E. M. Forster: “Death destroys a man, but the idea of death saves him.”

Holding an idea of human extinction doubles as an extended confession of awe at the splendor and devastation we have wrought on Earth. I said there was kitsch here, so forgive me: In recognizing how precious life is—how we are also two minutes from extinction—we live with more vitality. And if consciousness of mortality, beauty, and terror is uniquely human, perhaps the Doomsday Clock itself works in furtherance of human civilization.

Civilization. That word kept coming up. Bronson had used it, saying it’s threatened by “anomie” and a dangerous departure from the Pax Americana. Conferences on national security and climate science rarely invoke “civilization” by that name; it belongs to the humanities. When scientists in 2019 wonder, broadly, what ends when humans end, they typically define us by our biology. But here the scientists spoke of civilization, not cells. If you listened closely, the panels represented humans as more than an aggressive population of primates dependent on oxygen and water. The phenomenon that sets us apart? We organize ourselves by civilizations. Mayan, Persian, Inca, Etruscan, Egyptian, Greek, Qin, Facebook, all of them.

Jerry Brown, who is known for his Buddhist-Christian explorations, referred in the Q&A to Americans and Russians as “imperfect human beings” with “sins.” That was bracing. And Herbert Lin, a senior research scholar for cyber policy and security at Stanford, blew past talk of botnets and troll farms in favor of something grander:

“The Enlightenment sought to establish reason as the foundational pillar of civilized discourse. In this conception, logical argument matters, and the truth of a statement is tested by examination of values, assumptions, and facts, not by how many people believe it. Cyber-enabled information warfare threatens to replace these pillars of logic and truth with fantasy and rage.”

The Enlightenment! That was the specific phase of civilization over whose sickbed we were standing vigil, the historical conceit once regarded as the cradle of all right-thinking: Descartes, Diderot, Hume, Locke. In Homo Deus, Yuval Noah Harari argues that “reason” and “liberalism” are Enlightenment fictions ripe to be superseded by artificial intelligence. But never mind Harari. To Lin, as to most of us, it’s the Enlightenment that gave us science, modern ethics, the arts, and liberal democracy, and it must not be allowed to perish.

There was relief in this thought. Civilizations, like individuals, always need attentive stewardship; to sustain them we must recognize that they are fragile. Fail to see this and you’re like Alexander the Great or a hubristic CEO. You believe you’re immortal and divine, refuse to choose a successor, and leave your empire to be torn apart by vulturing generals.

In How the Irish Saved Civilization, Thomas Cahill writes about how those who lived in the Roman Empire in the earliest centuries AD took Rome as a proxy for the whole world. When it fell, the world seemed to. At the same time, it was exactly because so many—especially in the empire’s outer reaches—believed the world was ending that they worked mightily to preserve Rome’s achievements, so it might live on after death. The Irish monks, Cahill says, saw the writing on the wall and tirelessly copied Greek, Latin, and Christian manuscripts, starting in the fifth century, while archives on the European continent were lost forever to Visigoths. (The primitive bells of the doomsday-cult monks were called cluigs; cluig, with various spellings, is one source of the modern word clock.)

The crowd filed out of the Doomsday Clock’s unveiling. I could have sworn they looked high. Thinking about death without, for the moment, actually dying is heady. Humans must surely be the only animals who contemplate doom, and as long as we do so, we are still human—and paradoxically not doomed.

This article appears in the April issue. Subscribe now.