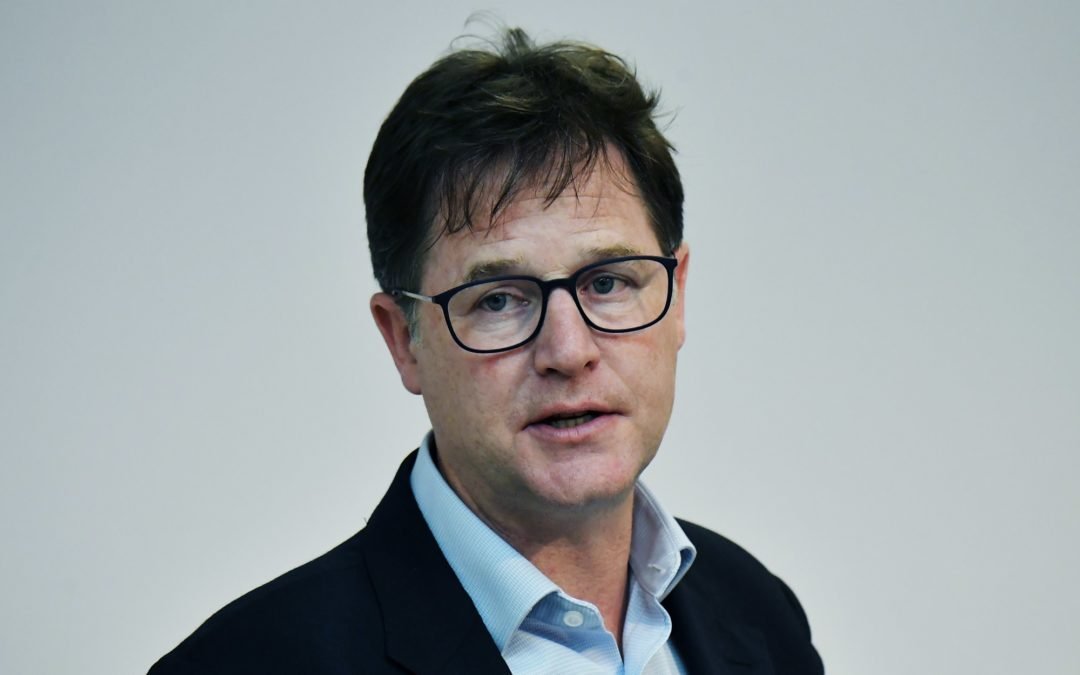 What triggered Willner was Clegg’s speech, given in Washington, DC, on Tuesday and posted in the Facebook newsroom. Clegg, a former UK politician himself, had firmly placed his employer’s thumb on the “newsworthiness” scale. “We do not submit speech by politicians to our independent fact-checkers, and we generally allow it on the platform even when it would otherwise breach our normal content rules,” Clegg said. The exception is when the words of a politician endangers people. Facebook will also continue enforcing its higher speech standards for the paid speech of political ads.

Clegg used the analogy of a tennis tournament: Facebook’s role is to provide a level court, a firm net, and well-painted lines. And it then stands back, Clegg argues, while the players volley.

But Facebook doesn’t stand back. It acts as a referee, calling some speech out of bounds. In this new rule, the referee takes a hike when favored players take the court, refusing to call them out even if they hit the ball into the stands. Willner levels a different complaint: He thinks comparing the problem to sports belittles the seriousness of the issue, which has real consequences to people.

But what makes him most sad about his former employer is that the company will now allow people like former Klansman David Duke to violate the rules that Facebook deems essential to protect the well-being of its users. “It sure as hell doesn’t make the world more open and connected,” Willner writes.

Facebook now finds itself having to define who qualifies as a politician.

Facebook, for its part, has been scrambling to clarify Clegg’s speech. One question has been: Who qualifies as a politician in Facebook’s standards? Facebook’s spokespeople say that the company will take the loftiness of someone’s position into account: Prime minister more than city councilperson. Dogcatchers maybe not so much. It also says that in certain countries where officials have been known to indulge in dangerous hate speech, it will be less forgiving that it is with, say, Donald Trump. (Though one wonders if the president’s recent tweet that seemingly condoned a US Civil War qualifies as dangerous.) In other words, Facebook will make judgment calls. It’s ironic that in its attempt to stand back and let public figures speak freely, Facebook now finds itself having to define who qualifies as a politician, and which politicians aren’t granted the exemption.

Willner’s objection is significant because he isn’t one of Facebook’s apostate critics like Chris Hughes or Roger McNamee. He still has close ties to the company. When he and his wife hosted a wildly successful fund-raiser for the immigrant aid group RAICES, top Facebook executives praised them and contributed to the campaign. So his strong attack on the politician exemption to Facebook’s standards is significant, and not made lightly. After all, he helped create those standards.

“I’m one of very few people qualified to speak up,” he explained to me when I contacted him to find out why he posted. “Facebook often, and rightly, pushes back on critics for not understanding the challenges of scale. I understand those challenges intimately, and in the context of their own systems. So I felt compelled to write.” Willner was OK with my writing about his friends-only thread, because “this decision is dangerous for vulnerable people.”

One other note: The discussion on this post has been one of the most substantial, respectfully waged debates I’ve seen online in a long time. While grappling with a tough issue, Willner, Bosworth, Jeffries, and the other participants have shown that serious discussions can actually be conducted on the News Feed. Willner’s post, and the ensuring back-and-forth, blissfully distracted me from impeachment rants, someone’s vacation I could never afford, and ads for the Johnny Cash socks I had looked for on the web a few minutes earlier.