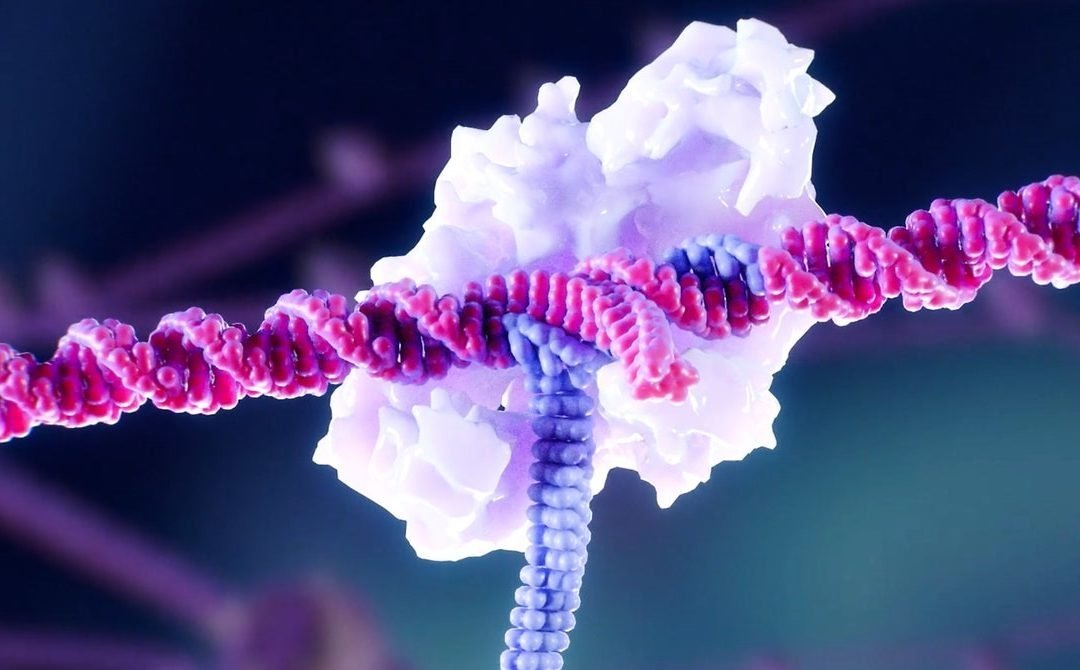 That can spell real trouble for the bacteria on the receiving end of this gene shuffle. If those MGEs insert themselves into critical gene regions, it’s bye-bye bacteria. “You can think about MGEs the same way you can think about mutations,” says Peters. “We wouldn’t have evolved without them, but 99.99999 percent of them are bad. Bacteria are trying at any cost to stop MGEs from destabilizing their genome.”

The Nobel Prize-winning botanist Barbara McClintock discovered the first known class of MGEs, called transposons, or “jumping genes,” in maize in 1931. Her technique for staining the plant’s chromosomes allowed her to see when chunks from one would jump to another. But for many decades, the purpose of all these repeated sections of self-rearranging DNA eluded scientists. Some went so far as to dub the MGE-heavy sections of the human genome “junk DNA.” It was hard to get funding to study it. But little by little, researchers like Peters discovered that MGEs in bacteria were actually highly-evolved systems for recognizing DNA, writing it, and moving it around. In fact, Crispr itself appears to have evolved from a self-synthesizing transposon, as NIH researchers Eugene Koonin and Kira Makarova described in 2017. (Crispr codes for a protein that cuts specific, recognizable pieces of DNA stored in its genetic memory bank. The transposons allowed Crispr to start amassing that memory bank in the first place.)

Earlier that year, Peters and Koonin published a paper describing how this evolution can sometimes come full circle. They found one type of transposon that had stolen some Crispr genes to help it move between bacterial hosts. They realized that these molecular tools for cutting, copying, and pasting were constantly being shuttled between MGEs, phages, and bacteria to be used alternately as a means of offense or defense. At the end of that paper, Peters and Koonin wrote that these systems could “potentially be harnessed for genome-engineering applications.”

Not long after, Peters says, he started getting calls from commercial interests. One of them was from Jake Rubens, Tessera’s Chief Innovation Officer and co-founder. In 2019, the company began a sponsored research collaboration with Peters’ Cornell lab around the discovery of new MGEs with genome engineering potential. (Tessera also has other research partnerships, but company officials have not yet disclosed them.)

MGE’s come in a few flavors. There are transposons, which can cut themselves out of the genome and hop into a different neighborhood. Retrantransposons make a copy and shuttle that replica to its new home, expanding the size of the genome with each duplication. They both work by having special sequences on either end that define their boundaries. In between are genes for making proteins that recognize those boundaries and either excise them out in the case of transposons, leaving a gap. Or in the case of retrotransposons, copy them, via an RNA-intermediate, into new locations. There are other classes, too, but these are the two that Tessera executives are interested in. That’s because you can add a new string of code between those sequences—say a healthy, non-mutated version of a disease-causing gene—and let the MGE’s machinery do the work to move that therapeutic DNA into a patient’s chromosomes.

For the past two years, the company’s team of bioinformaticians have been mining public databases that house the genome sequences of hundreds of thousands of bacterial species that scientists have collected from all over the world. In those reams of genetic data, they’ve been prospecting for MGEs that might be best suited for making these kinds of therapeutic DNA changes.

So far, company scientists have identified about 6,000 retrotransposons (what Tessera calls RNA writers) and 2,000 transposons (DNA writers) that show potential. Tessera’s team of 35 scientists have been conducting experiments in human cells to understand how exactly each one works. Sometimes, a promising, naturally-occurring gene writer will get tweaked further in Tessera’s lab, to be more precise or go to a different location. The company hasn’t yet demonstrated that any of its gene writers can eliminate an inherited disease. But in mouse models, the team has consistently been able to use them to insert lots of copies of a large green fluorescent protein gene into the animals’ genomes as a way of proving that they can reliably place designer DNA.