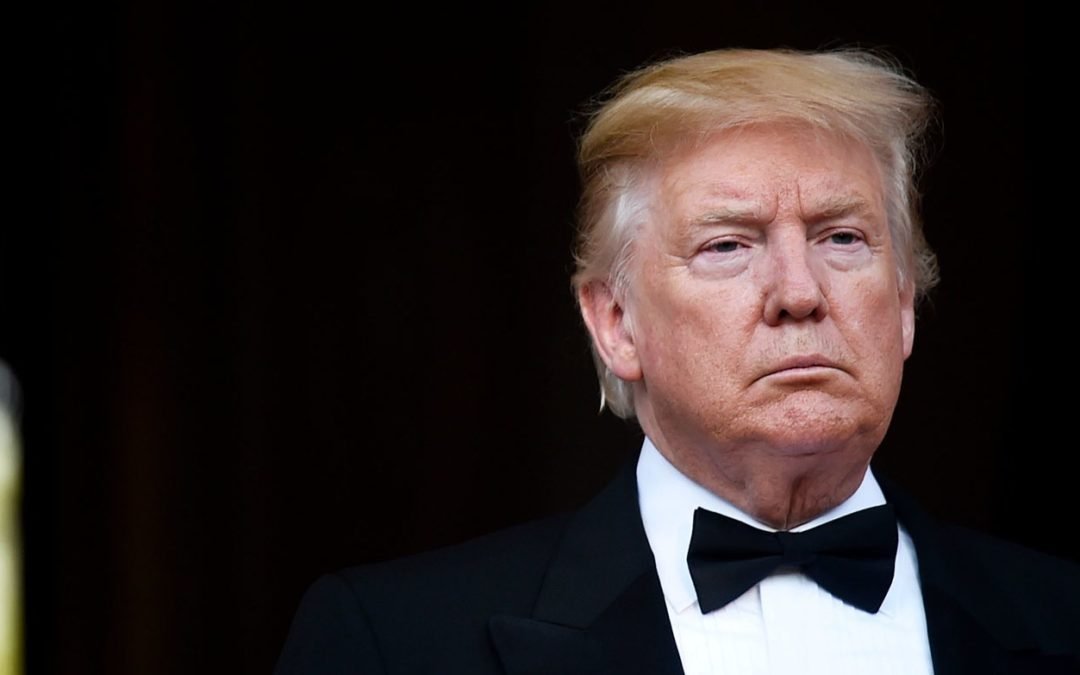 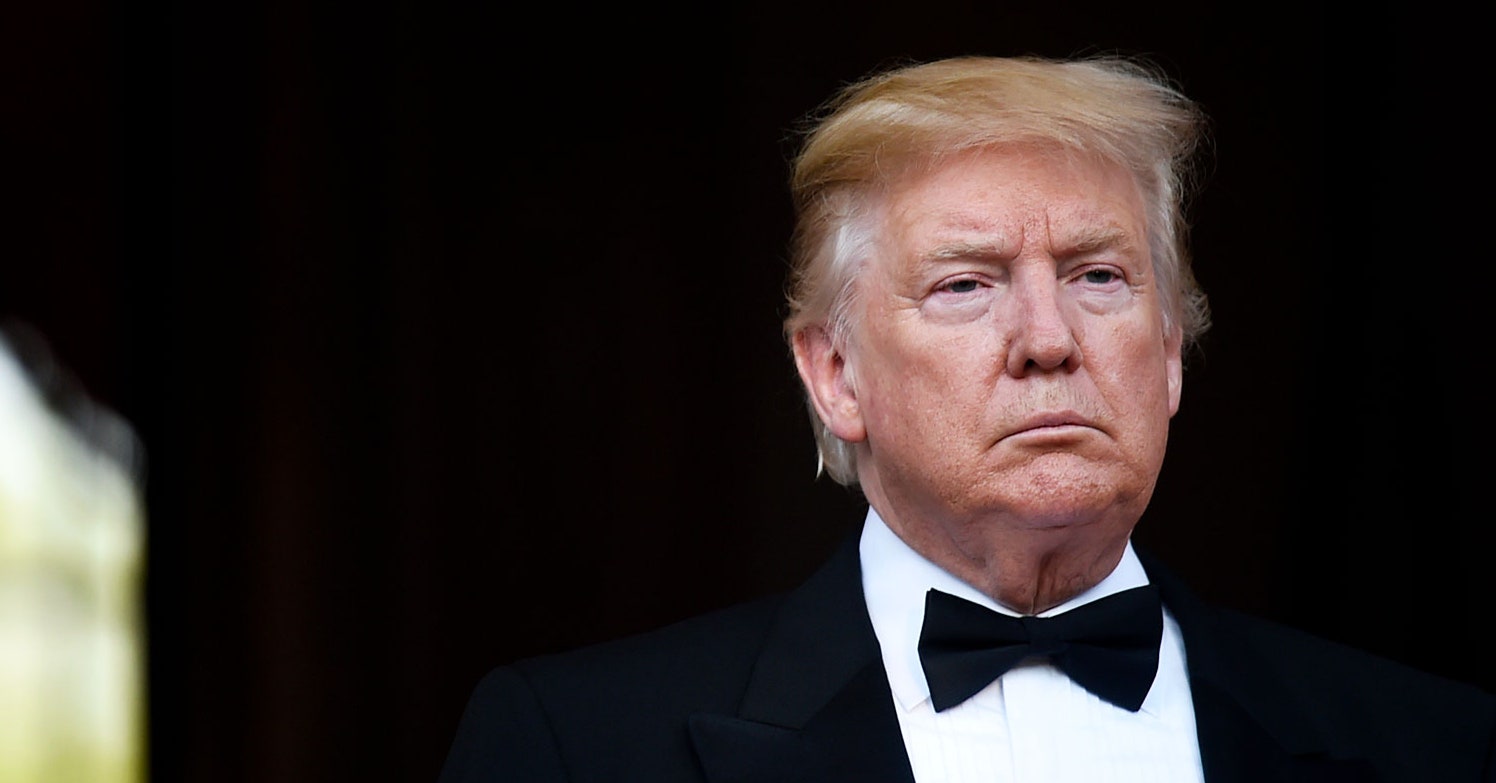 Greetings, dear friends, and welcome to this week’s installment of While You Were Offline. What did you miss on the interent last week? First, you might have missed Jared Kushner giving a pretty good demonstration of why he doesn’t do many interviews. Joe Biden reversing course on bad ideas and apparently plagiarizing policy on climate change might have escaped your attention, too. No wonder more people are getting behind Elizabeth Warren, including, somewhat surreally, Fox News host Tucker Carlson. (Clearly, we’re in the Upside Down.) Meanwhile, President Trump’s attitude toward Mexico is reportedly making Mexico offer significant changes to asylum rules, even as Senate Republicans grumble about how bad Trump’s tariffs will be for Americans. Elsewhere, Apple killed iTunes, and Amazon’s Jeff Bezos couldn’t talk about space without being interrupted by a chicken and the Obamas are turning to podcasts. But what else has the internet been talking about over the past seven days? Read on.

‘I Didn’t Know That She Was Nasty’

What Happened: For everyone who secretly hoped for a rematch between the United States and the United Kingdom, last week offered a tantalizing tease of how such a fight could begin when President Trump decided that it would be a good idea to insult a member of the British royal family.

What Really Happened: Ahead of his trip to the United Kingdom, President Trump gave an interview to British newspaper The Sun. In it, he was asked about comments made by the now Duchess of Sussex, Meghan Markle, in 2016, where she criticized Trump during his presidential campaign. In response, he said, “What can I say? I didn’t know that she was nasty.”

It was, of course, news; the US president was insulting a member of the royal family just days before being scheduled to meet with them.

In the face of potential international diplomacy humiliation, the president took a very Trump-ian course of action. On Twitter.

There was just one problem with this claim, and it was a significant hurdle to clear.

Unsurprisingly, simply denying something everyone could hear for themselves failed to convince people. Strange, that. Trump’s denial actually came after his re-election campaign posted audio of him saying the thing he’d just denied, which is an impressive own goal, all things considered.

Perhaps we’re being too pedantic in our aural devotion to the truth, though. Maybe there’s an explanation for the discrepancy between what we can all hear and what the president wants us to believe.

At least he didn’t try and clear it up later in the week, and in the process, just confuse people all the more:

So … Wait. If it’s not a problem what Markle said, why did we get the nasty comment in the first place? Why did we go through all of this again?

The Takeaway: Of course, once one’s spouse has been insulted in public, we can only expect Prince Harry to respond in a manner befitting British royalty.

‘He Is a Stone Cold Loser’

What Happened: Could the president’s trip to the UK get any worse after the Markle comments? Let’s find out!

What Really Happened: If only Meghan Markle had been the only figure of interest to the UK that Trump insulted last week. If only such a, if you will, kerfuffle had been the only kerfuffle. But, of course, no; this is President Donald Trump, after all. If there’s one thing he’s known for, it’s saying—or, rather, tweeting —what’s on his mind, as ill-informed and often just plain incorrect as it may be. Even before the president had reached the UK early in the week, he was making waves with his commentary.

This invective didn’t come out of nowhere; Sadiq Khan, the mayor of London, had technically started it with an op-ed in The Guardian the day before, although the two have been publicly sparring for quite some time. (In response to Trump’s tweet, Khan compared him to a child.) Those comments, though, were just the start of a week of curious statements from the president.

That’s President Trump announcing that Britain’s National Health Service would be a part of future trade negotiations between the countries, an idea that had previously been considered a political third rail by both Brits and Americans. It was not a popular suggestion.

The idea that the president literally had no idea what he was talking about was, to some degree, backed up later in the week when he appeared to walk back his comments. Maybe someone more informed had offered some polite counsel.

Unrelated to his UK trip, that same interview with Piers Morgan also offered up an exchange that caught many by surprise.

Perhaps we should blame this on jet lag. Bear in mind that this trip was scheduled around the anniversary of D-Day, which really underscores how ill-timed, if not utterly ill-considered, they were.

Of course, it’s not like that stopped Trump from saying other things that weren’t befitting the occasion.

Oh, and about that Normandy interview.

The Takeaway: OK, all of that was utterly embarrassing to Americans, but I’m sure we covered everything, right? It’s not like there’s anything else, right?

What Happened: If there’s anything worse than taking two years to send disaster relief to an area devastated by a hurricane, it’s demanding that everyone congratulate you on doing so in the first place.

What Really Happened: On Monday, the House of Representatives passed a $19.1 billion disaster assistance bill after literally months of negotiations between Republicans and Democrats; the passage followed the bill’s earlier passage in the Senate a couple of weeks ago, a fact that apparently had been missed by President Trump.

Indeed, all that was actually required for the bill to become law was the president’s signature. And when he signed, Trump took credit for the whole thing.

Those last two lines, however, weren’t just tone deaf and somewhat self-congratulatory. They were also entirely untrue, as it turned out.

You only have to go back a couple of months to see Trump attacking Puerto Rico (and lying about relief efforts in the process).

The Takeaway: Let’s turn to America’s unofficial Poet Laureate to sum this whole thing up, shall we?

Some Dudes in Boston Want a Straight Pride Parade

What Happened: Stand aside, all those who think that Black History Month should be followed by White History Month; there are more “But What About Me?” folks who want their moment in the sun, apparently.

What Really Happened: Meanwhile, in Boston…

Wait. Straight Pride parade? Apparently so, because 2019 is beyond parody, and just exhausting.

There’s an obvious response to the idea of Straight Pride, of course.

But perhaps we can go for the less obvious one for a change.

Let’s turn to Captain America to try and bring some moral clarity to this, shall we?

Or maybe we should stop making jokes considering the Boston parade is apparently a front for a far-right organization, which … really, is anyone that surprised?

The Takeaway: Smash Mouth does not approve.