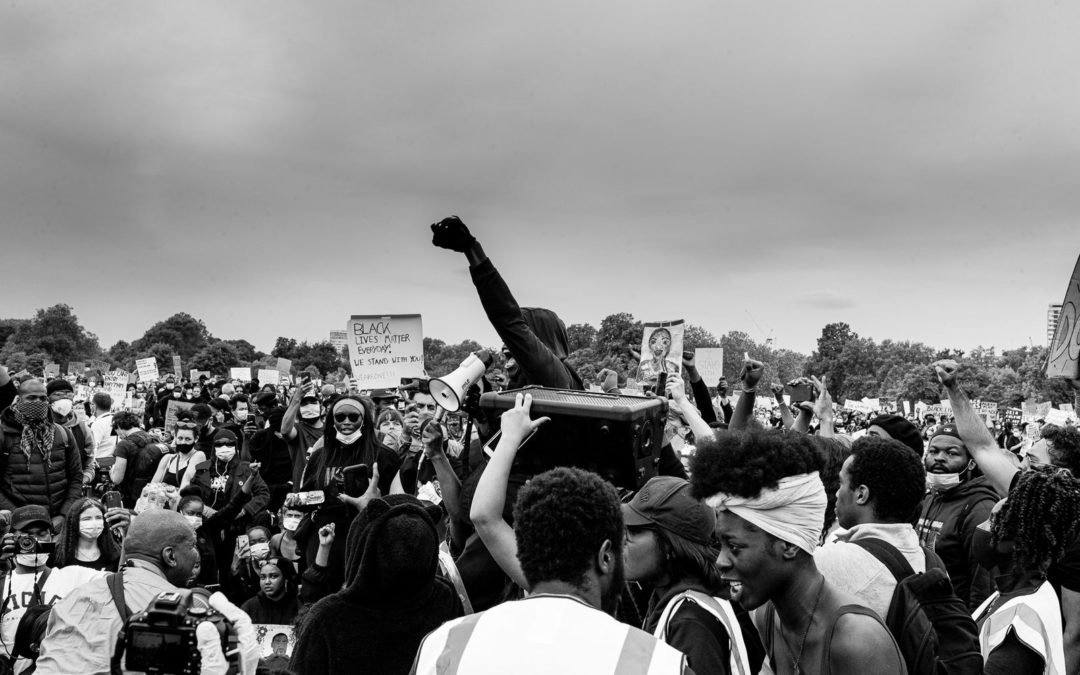 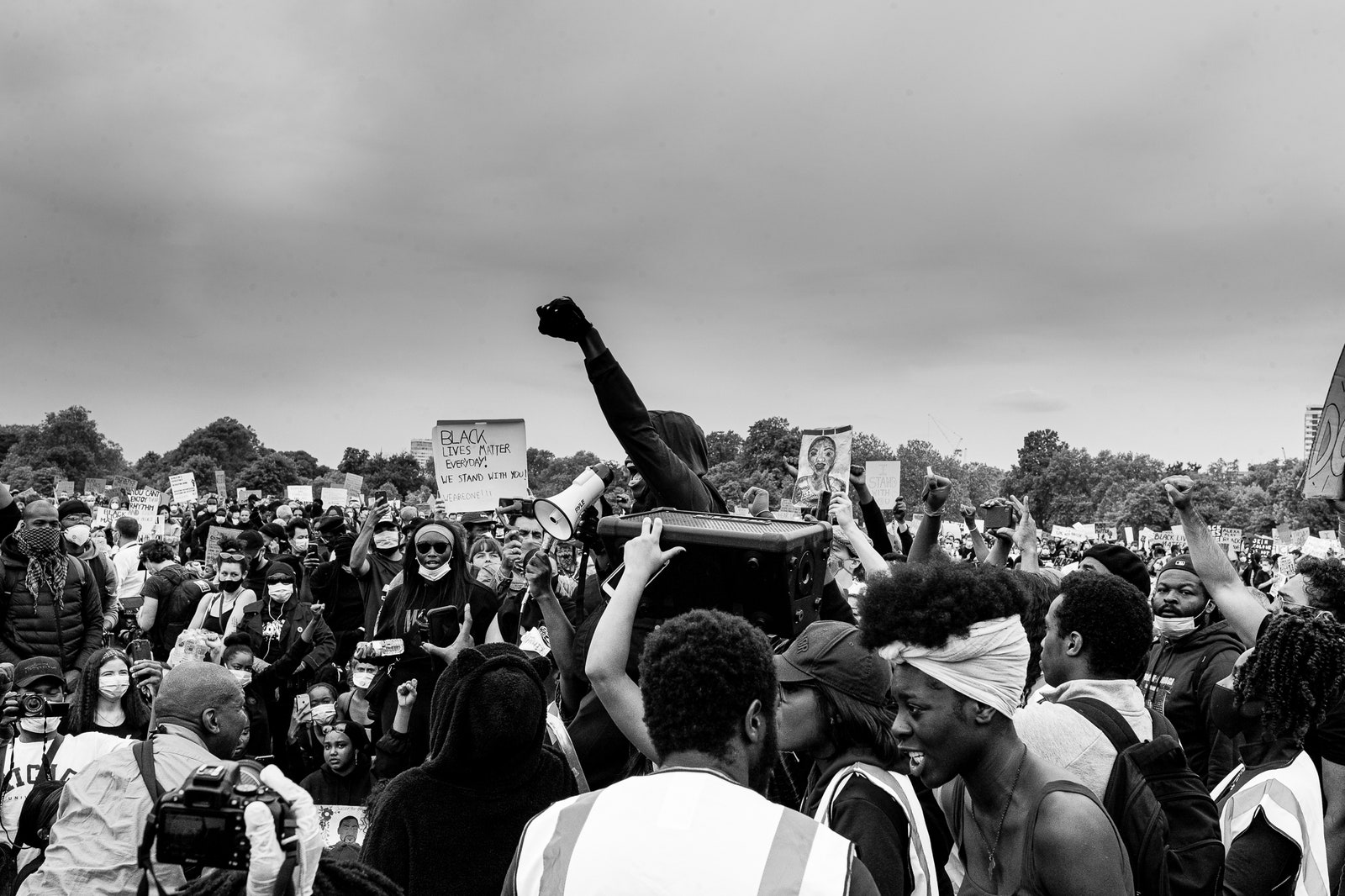 Can you describe to me the atmosphere that you experienced when you were at the protest in London?

First of all, it was overwhelming. It was very emotional but also very powerful. When you first arrive, you’re not sure what to expect. You don’t know whether it’s going to be, from our side, if it’s going to be met with hostility, or if it’s going to be peaceful. Like what is happening? Being there, seeing people of all races, all ages coming together for a common cause, or people that are agreeing that not just this, but the whole system is broken and they don’t want to be a part of it, hearing people speak and rally together, it just feels, for me, different from other protests that I’ve been to. It was so different. There were so many people. It was powerful, and it was also very emotional. After I finished, I came home, and I needed to take some time just to decompress. Being a part of it and just wanting change or having the whole thing of I’m literally fed up and I’m going to use my voice; I’m going to use anything I can to act in change or to educate people or to push for this rather than just sitting back. It was an air of strength and solidarity throughout the whole protest.

Can you talk about a personal experience you’ve had dealing with racism? If so, how have these recent events triggered that?

There are several. I’d fully be here all day trying to think of all the times. And I’m not saying that I, personally, am the only person that’s been oppressed by my personal experiences with comments that people have made. It’s a lot. Even just recently, I had a nephew who is now 19, and earlier last year he was with his friends, they were just outside of their friend’s house, and a police van came and basically just searched them all and said that they had reports of somebody with a knife fitting his description or one of their friends’ descriptions. Of course there was no such thing. Handcuffed them all. Told them to get on the ground. When they refused, they basically threatened them with batons and basically put them on the ground, and one of the police officers was actually kneeling on my nephew’s neck and he was struggling and saying, “Look, I can’t breathe.” Like, this was uncomfortable. I mean, fortunately, thank God, it didn’t end the same way, but for me it was like how different that story could have been. How many times has this happened? How many times have I been driving and been stopped for no reason? “Oh, someone fits your description” or “Well, we heard about cars like this being stolen.” It’s frustrating, because you know that they’re only doing it because of the color of your skin. You have that anger and you want to react but then you basically don’t want to end up, unfortunately, like George Floyd. But then you have a situation where things turn into death and it makes you think yes, I’m grateful that my situation didn’t turn out that way, but why do we have this where they can just treat you like you don’t matter, like you have no importance, and can just kill you? And you feel so powerless. You think about all of the other instances where people have made even comments which they think are fine about the color of your skin or about your hair. I remember when I was quite young out of school using house phones at one time and I was speaking to this girl. I think we went to school together or something, but it was a friend and she was a white girl, and one day I called her house and her mom answered the phone and asked me if I was a black man. And I’m like, yeah, I’m black. And her response was, well, basically, “We don’t want any blacks in the UK so you should go back where you come from” and then hung up the phone. Just things like that, even as a kid. All of these things start to come back to you when situations like this happen.