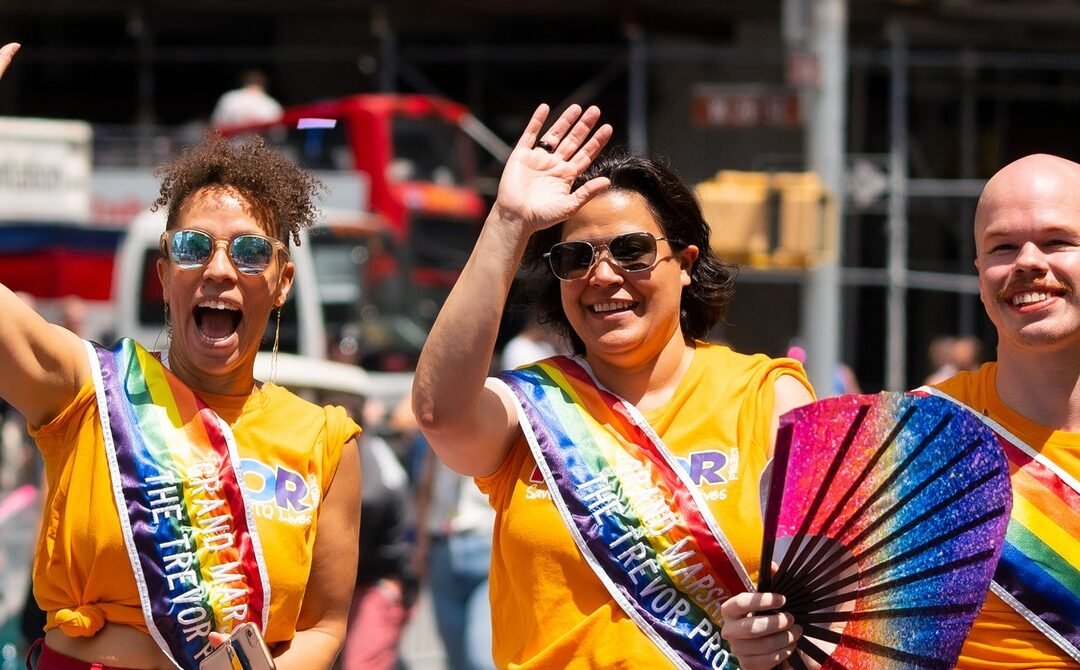 Recent advancements in LGBTQ rights and visibility were unthinkable just a few years ago. From marriage equality to greater LGBTQ visibility in media, popular culture and popular opinion have shifted to be more inclusive, accepting, and open. Yet, despite these gains, life remains a challenge for far too many LGBTQ youth.

The Human Rights Campaign has dubbed 2021 the “worst year for LGBTQ state legislative attacks” since 2015, the year marriage equality became US law. “More than 250 anti-LGBTQ bills have been introduced in state legislatures across the country in 2021,” HRC notes.

Fortunately, several LGBTQ organizations are working to counter discrimination and meet the needs of young queer people, no matter where they are in the country and in their coming-out journey. I spoke to several of these groups to understand how they use their resources to help queer youth.

Since 1998, the Trevor Project has been the largest suicide-prevention and crisis-intervention organization for LGBTQ youth in the world. It has the only 24/7 helpline of its kind in the US, connecting queer youth with trained counselors.

For those who aren’t ready to talk to someone, Trevor Project also has guided meditation calming exercises to help you control your breathing and stay present. Its website also offers numerous resources for coming out that can be helpful for resolving questions within yourself and among friends and family.

Throughout the pandemic, the Trevor Project has also adapted in innovative ways, including by embracing artificial intelligence.

“We launched a counselor training technology called the Crisis Contact Simulator, which will allow us to triple our counselor base in 2021 and reach even more of the 1.8 million-plus LGBTQ youth in the US who we estimate seriously consider suicide each year,” says John Callery, VP of technology at the Trevor Project.

This simulator was supported in partnership with Google.org, using artificial intelligence to  more efficiently connect LGBTQ youth at high risk of suicide to trained counselors.

“Our model uses open-ended questions such as ‘What’s going on?’ that youth can answer on their own terms, and it has proven to significantly outperform more traditional approaches,” Callery says.

The Trevor Project says that the pandemic has been especially difficult on LGBTQ youth, and part of the reason can be attributed to school closures, leaving many kids “confined to unsupportive or even abusive home environments, resulting in the loss of positive social connections,” Callery says.

Instead, the youth are turning to social media for validation. “Watching LGBTQ People on YouTube and TikTok” were frequently cited as ways LGBTQ youth find joy and strength, according to the Trevor Project’s 2021 national survey.

PFLAG is the first and largest organization in the US aimed at bridging the gap between family and friends of LGBTQ people. They have over 400 chapters in the country to connect families on a regional level in support of their LGBTQ kids.

At the start of the pandemic, PFLAG quickly adapted its mission to go virtual. “Within the span of just five days, we launched PFLAG Connects, which is a way to meet families and our LGBTQ+ loved ones where they are through virtual meetings with local chapter members, live national events like Something to Talk About Live, a weekly PFLAG Connects newsletter, training and educational tools, and advocacy tools to help meet virtually with lawmakers,” says Jamie Curtis, director of chapter engagement at PFLAG.