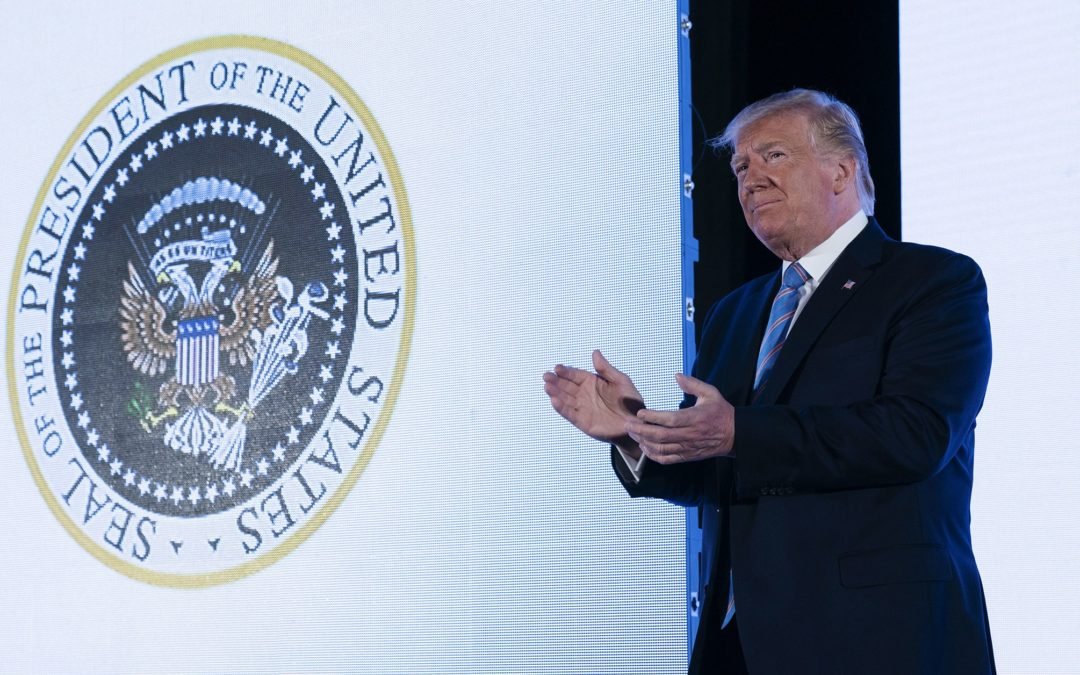 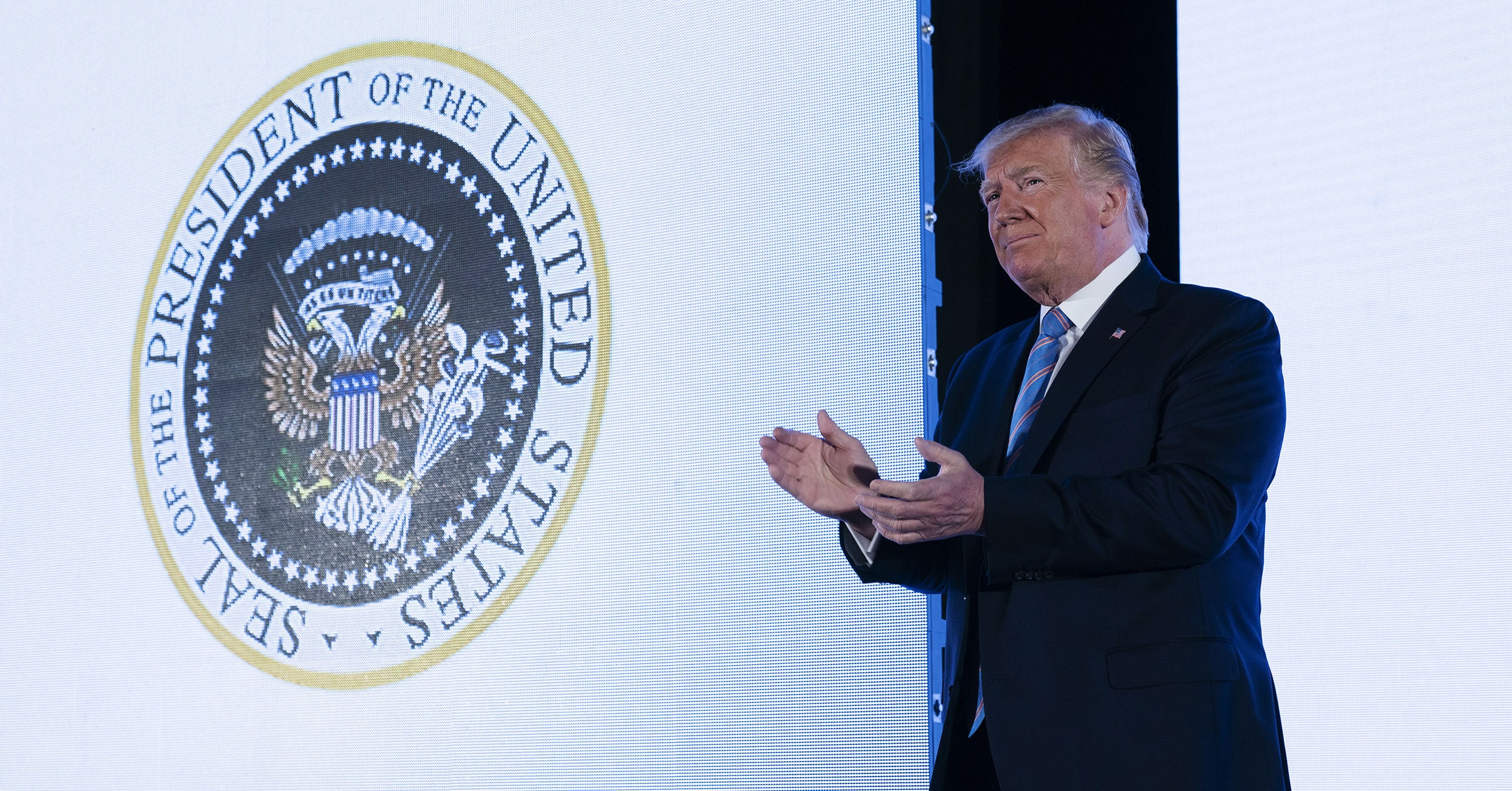 Welcome back, faithful reader. After a week off to handle Comic-Con International, While You Were Offline is back—and we have a lot to discuss. For one, President Trump’s tweets are once again in the news, this time sparking discussion about whether or not they could be labeled racist. In other news, leaked text messages and subsequent protests forced the governor of Puerto Rico to resign, the Department of Justice reinstated the death penalty after 16 years, Europe hit record high temperatures, and Justice Ruth Bader Ginsburg performed a mic-drop.

But what else have people been talking about on the internet the last seven days? Let’s find out together, shall we?

What Happened: Congratulations, United Kingdom: You have a new prime minister.

What Really Happened: After the resignation of Teresa May back in May, the United Kingdom has swapped the nightmare of the ongoing Brexit saga for the nightmare of the contest to win the leadership of the Conservative Party, and therefore become the next prime minister of the United Kingdom. Last week, after what seemed like endless campaigning and disarray, the results of the contest were announced.

Yes, former journalist and former Mayor of London, Boris Johnson was the winner. Indeed, Johnson won the race by a significant margin.

For those wondering how this all works: The British electoral system means that, when the current prime minister steps down, the party in power remains in power, and holds an internal election to vote for a new leader; that leader, elected by the party members, then becomes the new prime minister. It’s … somewhat democratic, but only somewhat. Anyway, Johnson was happy enough with the outcome:

Leaders and prominent figures from other parties in the UK really didn’t share her sentiment.

But what about the people Johnson was going to represent? What did they think? Not much, apparently.

Multiple hashtags popped up in response to the news, with #NoToBoris and #NotMyPM being the most popular way of expressing outrage.

Well, surely Johnson addressed all of this in his first speech after his win, and didn’t waste any time…

Never mind, then. The next day, Johnson met with the Queen and officially became the new British PM:

In what might be a sign of things to come, Johnson broke protocol by talking about what was said during the conversation immediately afterwards; tradition and royal rules dictate that whatever is said is supposed to remain a secret. Nonetheless, Twitter was ready to memorialize the occasion.

Before too long, Prime Minister Johnson was in front of No. 10 Downing Street, addressing the UK as its leader for the first time. Or trying to.

So what was he saying?

No, but really. What did he say?

Well, that sounds like … a plan, I guess? (Opinions about the speech were split in the UK, seemingly based upon party affiliations.) We’ll see just how long Johnson manages to remain in power, given the problems of the upcoming Brexit in just a few months’ time…

The Takeaway: Perhaps a recap of the last few years of British politics would be helpful to put all of this into some context.

What Happened: Ending literally months of impatient anticipation, former special counsel Robert Mueller appeared before Congress last week to answer questions about that little report thing he released earlier this year. Maybe you heard about it.

What Really Happened: Depending on who you listened to, the testimony in front of Congress of former special counsel Robert Mueller was either going to be the event of the year or a meaningless damp squib that would reveal no new information. (It’s worth remembering that Mueller himself basically said that he wouldn’t talk about anything that wasn’t in his report a couple of months ago.) Either way, it was certainly much anticipated, especially after the testimony was delayed at the last minute a couple of weeks ago. So, when the testimony actually began on Wednesday, it’s fair to say there was a lot of anticipation around it.

That said, there was also some cynicism over the impact the testimony was going to have.

For those wondering if attorney general William Barr’s attempts to curtail Mueller’s testimony had any impact, that answer was made clear at the very start.

But even beyond what Mueller might say in his testimony, many people noted the (over-)eager performance of some of those on the committee questioning the former special counsel.

When it came to what Robert Mueller was willing to say, his desire to stick to the script frustrated many.

That said, he found particular ways to speak his mind at times.

Overall, then: How did it go? The media reaction was somewhat muted, perhaps even disappointed. But that might have missed the weight of what actually happened.

The Takeaway: Surely someone wants to say that it went well for President Trump, right?

Yeah, that seems about right.

A New Chapter in the Jeffrey Epstein Saga

What Happened: Jeffrey Epstein, a man currently in jail awaiting trial on sex trafficking and child abuse charges, was found in his cell with marks on his neck. Who was responsible? Apparently, it depends on what you choose to believe.

Reports revealed that Jeffrey Epstein had been found in the fetal position in his cell, with marks on his neck that were being described as “mysterious injuries.” Authorities soon confirmed the news.

Of course, this being the internet, there were those who didn’t quite believe the official version of events.

For some, however, Epstein’s life was of far less importance than his use as a prop in the latest incarnation of Political Conspiracy Theory Theater.

Soon, #ClintonBodyCount was the hashtag belonging to this line of thinking, detailing the “evidence” of apparent Clinton complicity in a number of events. But, just as people were tuning in to that theory, there were those who were looking into another one.

—lawyers on both sides of the case worked together to make sure that he was protected as much as possible while everything proceeded through the system.

While that might not be quite what some in the audience wanted to read, there was good reason to ensure that Epstein’s safety was paramount, no matter who or what was behind the threats to his life—even if he himself was the problem.

The Takeaway: One thing is for sure: Everyone seemed to want to believe there was more than meets the eye here.

Article II Gets a Moment in the Sun

What Happened: Can the president of the United States do whatever he wants, with no oversight whatsoever? Of course not. But perhaps someone should tell Donald Trump that. Or, at least, talk to him about what Article II of the US Constitution is actually saying.

What Really Happened: Sometimes you have to wonder if the president is intentionally pushing boundaries or really doesn’t understand what he’s talking about. For example.

The above comes from an appearance from Trump at the Turning Point USA conference, where he was churning out all his familiar hits—shout-out to “fake news” and insulting the Squad!—but, as was pointed out, this wasn’t the first time that he’d suggested that he had absolute power under Article II of the Constitution.

Just because he’s talked about it before, of course, doesn’t mean that his comments have any more validity.

Needless to say, people were not entirely thrilled with the way the president seemed to believe the Constitution worked—if not entirely surprised, either.

The Takeaway: Part of Article II actually does something very different from what Trump claimed, ironically.

Trump Stood in Front of a Fake Presidential Seal

What Happened: Considering the evolution of this presidency, it’s probably only fitting that we’ve gone from declarations of “fake news!” to a fake presidential seal being used at an official appearance from Trump.

What Really Happened: Forget the Article II thing, though. In a much stranger turn of events, something else happened at President Trump’s Turning Point USA appearance when he stood on stage in front of—well, just read on.

Of course, the seal immediately went viral because, well, how could it not? The fact that the text on the seal, “45 es un titere,” translates to “45 is a puppet” didn’t hurt, either, especially when the resulting hashtag was a very popular one indeed.

Amongst the responses to the story was a well-deserved appreciation of the work that had gone into the seal.

Although the origins of the seal were originally a mystery, more became known as the story continued to spread; a day after the story broke, it emerged that the design came from a former Republican voter named Charles Leazott, although he had no idea how it ended up onscreen behind the president.

That, officially, was the result of an error on behalf of an unnamed Turning Point USA staffer, who got fired for his troubles. I say “officially,” because there are certainly those who believe that it was actually an inside job from an administration staffer.

The Takeaway: Surely someone will cash in on this and start making swag, right?