A Harrowing Journey Up the World’s Fifth Highest Mountain 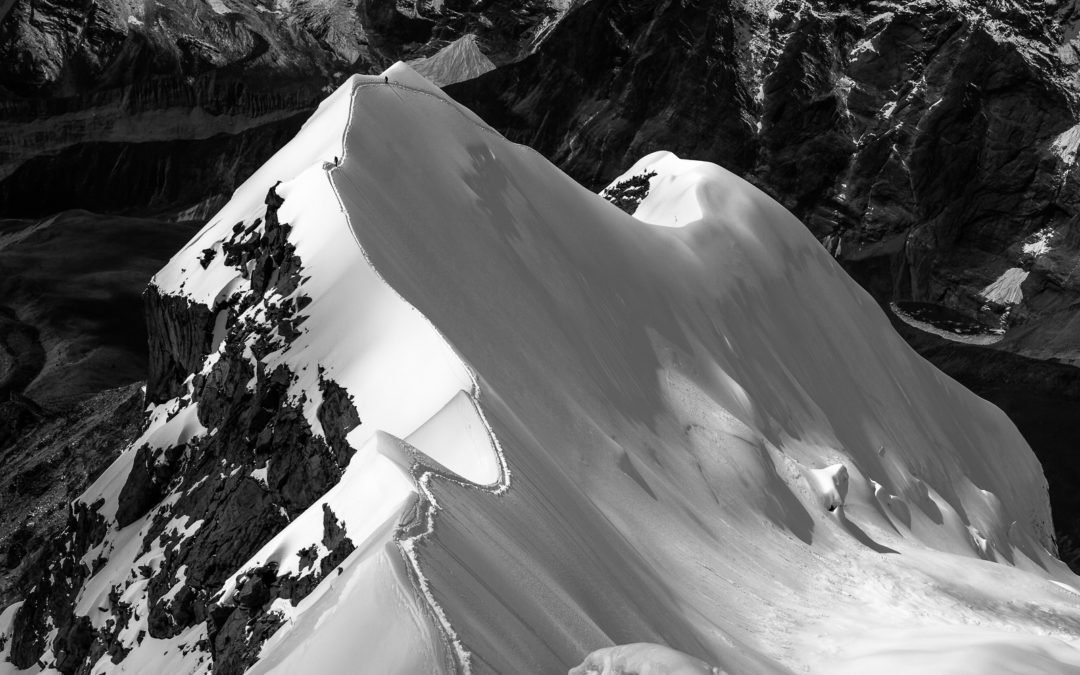 Makalu is the world’s fifth highest mountain—an icy giant 14 miles west of Everest that straddles the border of northeastern Nepal and Tibet. Its four sharp ridges ascend almost vertically toward a 27,765-foot summit that’s formidable to even the most experienced climbers. Since 1955, there have been fewer than 300 recorded attempts to scale it, roughly a third of how many were made at its more famous neighbor last year alone.

Tim Taylor had never climbed anything so big or challenging before he joined an expedition to reach Makalu’s summit five years ago. Actually, Taylor hadn’t even heard of Makalu before an email from his mountaineering club arrived in his inbox, announcing that the British Armed Forces was seeking a photographer to document the trek. But he was ready for an adventure. “It completely captured my imagination,” he says.

Photography and exploration have always gone hand-in-hand for Taylor, a photographer and former Green Beret based in London. At the age of eight, he snuck his dad’s clunky old Zeiss Ikon camera into his luggage on a month-long trip to the Falkland Islands, shooting 30 rolls of film as they explored mountains, inlets, and remote beaches crowded with King Penguins.

“I think the process of photography is itself a form of exploration—an exploration of light, of place,” Taylor says.

But the two only came together as a career after an epiphany in 2007. Taylor was 25, with all the accoutrements of a normal life—steady job, company car, nice apartment, fiancé—but felt trapped. So he left it all, moved into his parents’ garage, and joined the Royal Marine Reserves to support himself while he pursued his dreams. By 2010, he was abseiling off the steep summit ridge of Tharpu Chuli in the Himalayas, a transformative experience that helped him see his life in a new way. “I imagine it’s similar to the ‘overview effect’ that astronauts feel when they see the Earth as a single, significant whole from space,” he says.

The Makalu expedition was different than anything Taylor had ever done, though. Its route up the mountain’s southeast edge involved 4.5 miles of slip-and-you’re-dead ridge line and no fixed ropes above 23,000 feet. Just reaching basecamp in early September 2014 required a two-legged flight from Kathmandu to a remote eastern airstrip, a six-hour jeep ride down bumpy roads into the mountains, and an eight-day walk through Makalu Barun National Park, its namesake peak looming ahead.

It was a harrowing two-and-a-half months. The team—eight climbers from the UK, five Sherpa, and a handful of cooks and other support staff—established base camp on a flat, grassy plateau around 16,000 feet. From there, they pitched a series of smaller camps up the mountain to allow their bodies to acclimatize, climbing and retreating anywhere from five to 16 hours a day. Satellites sent detailed weather updates, but they still found themselves in wild weather. The weirdest? An electrical storm without any thunder or lightning. “The air just began to hum, as did all the metal equipment attached to our bodies and packs,” Taylor says. “We began to receive painful electric shocks, like hundreds of tiny needles being driven into your skin.”

Then in mid-October, everything fell apart. A blizzard rolled in, forcing them to retreat back to basecamp as it demolished tents, buried rope lines, and ultimately claimed dozens of lives in the surrounding region. After it subsided, they made one last push, reaching a height of 26,250 feet. By then, they had been living at an extreme altitude so long that each had lost more than a dozen pounds, and their bodies were deteriorating fast. Plus the weather had shifted. Temperatures were plummeting. So they abandoned their quest for the summit.

But Taylor wasn’t too disappointed. He wasn’t there for the summit so much as the journey—which continues. Makalu became the catalyst for his new series Kosmos—In Search of the Sublime, for which he’s gone on to scale other high altitude landscapes everywhere from Patagonia to Tajikistan.

“I see a photograph as a question posed, rather an answer or a statement,” he says. “These voyages into nature with a camera have been as much an inner journey as an outward exploration.”