A Stroke Study Reveals the Future of Human Augmentation 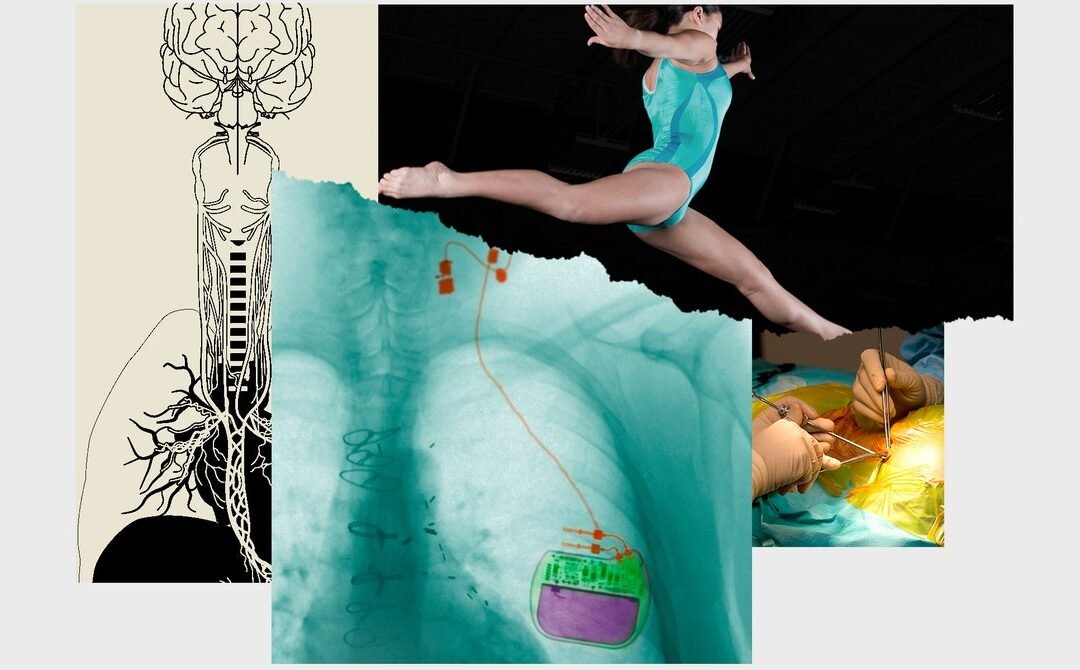 It began in early October 2017, when 108 stroke patients with significant arm and hand disabilities turned up for a peculiar clinical trial. The researchers would be surgically implanting a neurostimulator to their vagus nerve, the cranial nerve that runs along the groove in the front of the neck and is responsible for transmitting signals from the brain to other parts of the body. By the time the trial concluded, the subjects’ once limited limbs had begun to come back to life. Somehow, pulses to that nerve combined with rehab therapy had given the patients improved use of their disabled limb—and done so faster and more effectively than any treatment before it, even on those who had responded to nothing else.

This spring, the findings of the trial were published in The Lancet. Reversal of paralysis is, in itself, an astonishing feat. But embedded in the article was something even more radical. It wasn’t what the patients learned, but how they learned it: By stimulating the vagus nerve, they had compressed years of physical therapy into months. The trial was meant as a way of repairing damage and restoring motor control. But what if there had been no damage to begin with? In the hands of the healthy and fit, such technology could significantly enhance physical performance—the question is whether humans are ready to contend with it.

The potential applications of this technology aren’t difficult to imagine. As seen in the trial, when the vagus nerve receives extra stimulation, it causes the brain to release neuromodulators, which regulate the body’s responses. They come online just as the patient is attempting a new task, strengthening the motor circuits involved. “When you practice golf or anything, it’s the same,” explains Charles Liu, the lead neurosurgeon of the study and director of the USC Neurorestoration Center. “There isn’t much difference in teaching a stroke victim to use a fork and teaching an elite athlete to hit a baseball better.” It’s just repeated action and developing and reinforcing brain-motor circuits. If that process can be sped up, then we’ve just learned how to optimize the brain—and how to augment human beings. Currently, biotech approaches such as stem cells have shown promise for repairing damaged nerves, while brain-machine interfaces aim to replace the lost function by bypassing the injury and connecting the brain directly to the muscles. But this stroke study revealed that neuromodulation plus task-specific practice enhances Hebbian learning—or activity-dependent synaptic plasticity, with all your muscles firing in sequence. Generally, to acquire a skill, the brain’s neurons need to fire in the right way at the right time; practice is the usual human course, but now, stimulation lets us do it faster, and better, too.

It’s only a matter of time before neuromodulation becomes marketable. Once it’s scalable and affordable, it’s likely to have wide appeal for a public, and specifically athletes, already interested in optimizing the human body. But in sports, enhancements come with regulations, and even aside from the usual controversies over doping, professional competitions already have their fair share of murkiness and debate in this area. For instance, the first trans woman ever to compete in the Olympics, Laurel Hubbard, was eligible to compete in the Tokyo Games only if her total testosterone level (in serum) was below 10 nanomoles per liter and has been for at least 12 months. But those same rules disqualified two-time Olympic gold medalist Caster Semenya of South Africa because though she has XY chromosomes, she also has elevated testosterone levels.

Neurostimulation promises to complicate this further. Unlike with steroids or hormones, there’s no obvious way to monitor it. In a healthy person with full use of their limbs, it may be impossible to track whether or not the stimulation of the vagus nerve occurred or how long ago. If the athlete had an implanted neurotransmitter, that might be suggestive, but not conclusive. After all, the body is releasing its own neuromodulators; nothing apart from the electrical stimulation itself is foreign to the body. Even if the Olympic committee were to announce regulation requirements as they have for testosterone levels, measuring brain stimulation would require either that athletes or stimulation providers document usage, or some form of internal examinations of the implant device. But requiring surveillance of an athlete’s brain trespasses into one of the last vestiges of private space; any form of regulation would need to be accompanied by guidelines to protect against abuse. These mechanisms of monitoring and enforcement must be addressed—and quickly, before technology outstrips our ethics.