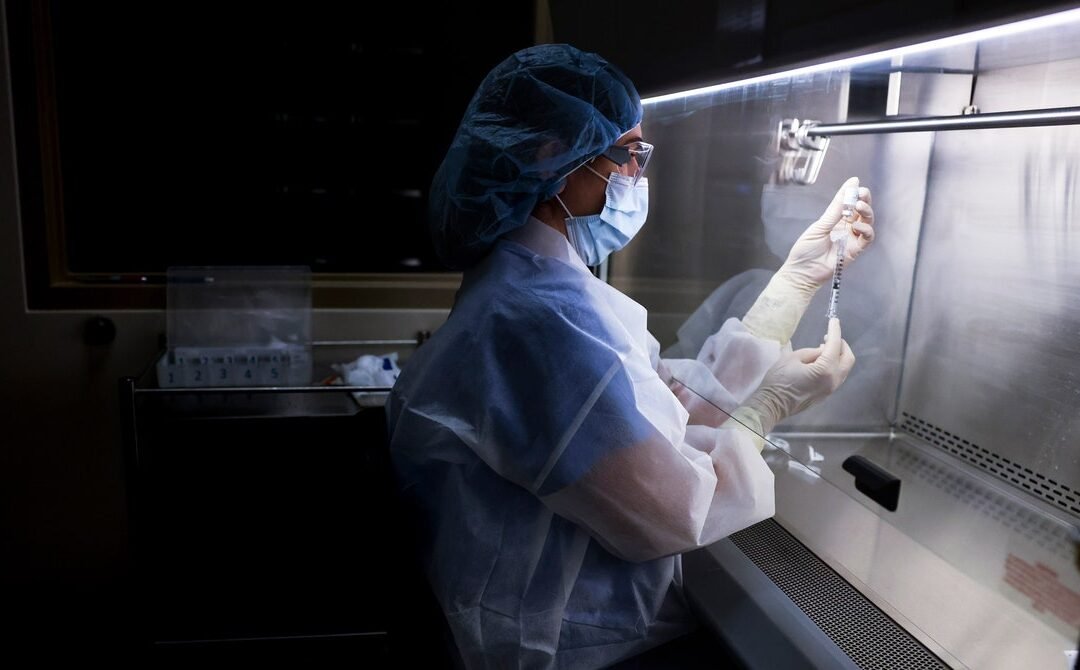 Last week, the FDA authorized the one-shot Johnson & Johnson adenovirus-DNA vaccine in the United States for Covid-19, adding this option to the two mRNA vaccines (Pfizer-BioNTech and Moderna) already authorized in December. Its authorization is a huge public health win for our country. But in the days since, the Johnson & Johnson vaccine has somehow received a bad rap compared to its competitors.

Unlike the mRNA vaccines that first came to market, the Johnson & Johnson vaccine is a nonreplicating human adenovirus-DNA vaccine, which means it works using tried technology that is more familiar to the public and has few side effects. This is not to say, however, that this vaccine is low-tech or in some way inferior. Cursory news headlines about the trial outcomes often cite an overall efficacy of 66 percent, which, compared to Pfizer and Moderna’s efficacy rates, may seem suboptimal. But a closer look at the trials and their results reveals important context for that number—and it shows that Johnson & Johnson’s one-dose vaccine offers protection equal to that of the mRNA vaccines under certain circumstances. It was also the only vaccine of the three to show high protection against severe disease from the circulating variants during its trials, since testing was conducted after many were already prevalent. So while it might not have had the same efficacy as the mRNA vaccines against mild disease in this initial evaluation, this newest vaccine is no less worthy of your arm.

First, let’s look at the strengths of the Johnson & Johnson trials themselves. Importantly, its Phase III trial population was more diverse across racial/ethnic groups and comorbidities than the Pfizer or Moderna trials. The level of diversity in trials is important not only for evaluating efficacy, but also for gaining trust among communities represented in the trials. In the Johnson & Johnson trial, just over a fifth of participants were 65 years of age or older, and 40 percent had at least one comorbidity that could predispose to severe disease. Of the 43,783 participants enrolled, 62.1 percent of participants were white, 17.2 percent Black or African American, 8.3 percent American Indian or Alaska Native, and 3.5 percent Asian; 45.1 percent of participants were Hispanic/Latino. By contrast, participants in the Pfizer and Moderna trials were 82.9 percent and 79.2 percent white respectively.

The results of Johnson & Johnson’s trial were just as impressive. The vaccine’s Phase I and II trials yielded strong data for immunogenicity, or the ability of the vaccine to induce an immune response, a response that was found to increase over time past the one-month mark. It was also found to protect against Covid-19-related hospitalization or death 100 percent of the time. Specifically, there were 16 Covid-related hospitalizations and seven deaths among those who got the placebo, and no Covid-related hospitalizations or deaths in those who received the vaccine. What’s more, the shot’s efficacy against severe disease two to four weeks after vaccination was a whopping 85.7 percent, although events of severe disease (without needing hospitalization) were few. And since severe disease generated by SARS-CoV-2 is what brought the new virus to the World Health Organization’s—and the world’s—attention in the first place, “defanging” it, or significantly reducing its capability to make people gravely ill, is the most important benefit of all of our vaccines, including the one from Johnson & Johnson.

Perhaps even more important to note, given our current race against variants, is that the Johnson & Johnson vaccine’s efficacy against severe disease was the same across regions with high percentages of circulating variants, such as South Africa and Brazil. The efficacy of the vaccine against more mild disease requiring no medical attention, however, varied across regions. This is likely the result of variant prevalence; the protection against mild disease was found to be 72 percent in the US, 64 percent in South Africa, and 68 percent in Central/South America. This, of course, is where the Johnson & Johnson one-dose vaccine compares unfavorably to the mRNA vaccines, where efficacy for severe outcomes was also essentially 100 percent and the efficacy for more mild disease during the trial was more than 94 percent.