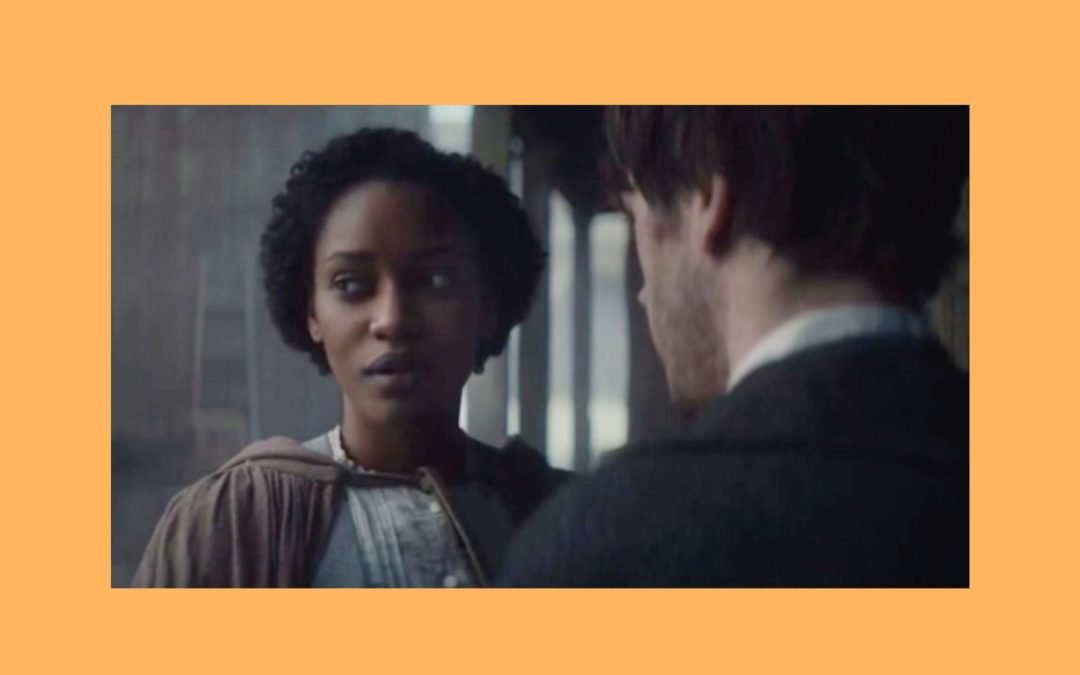 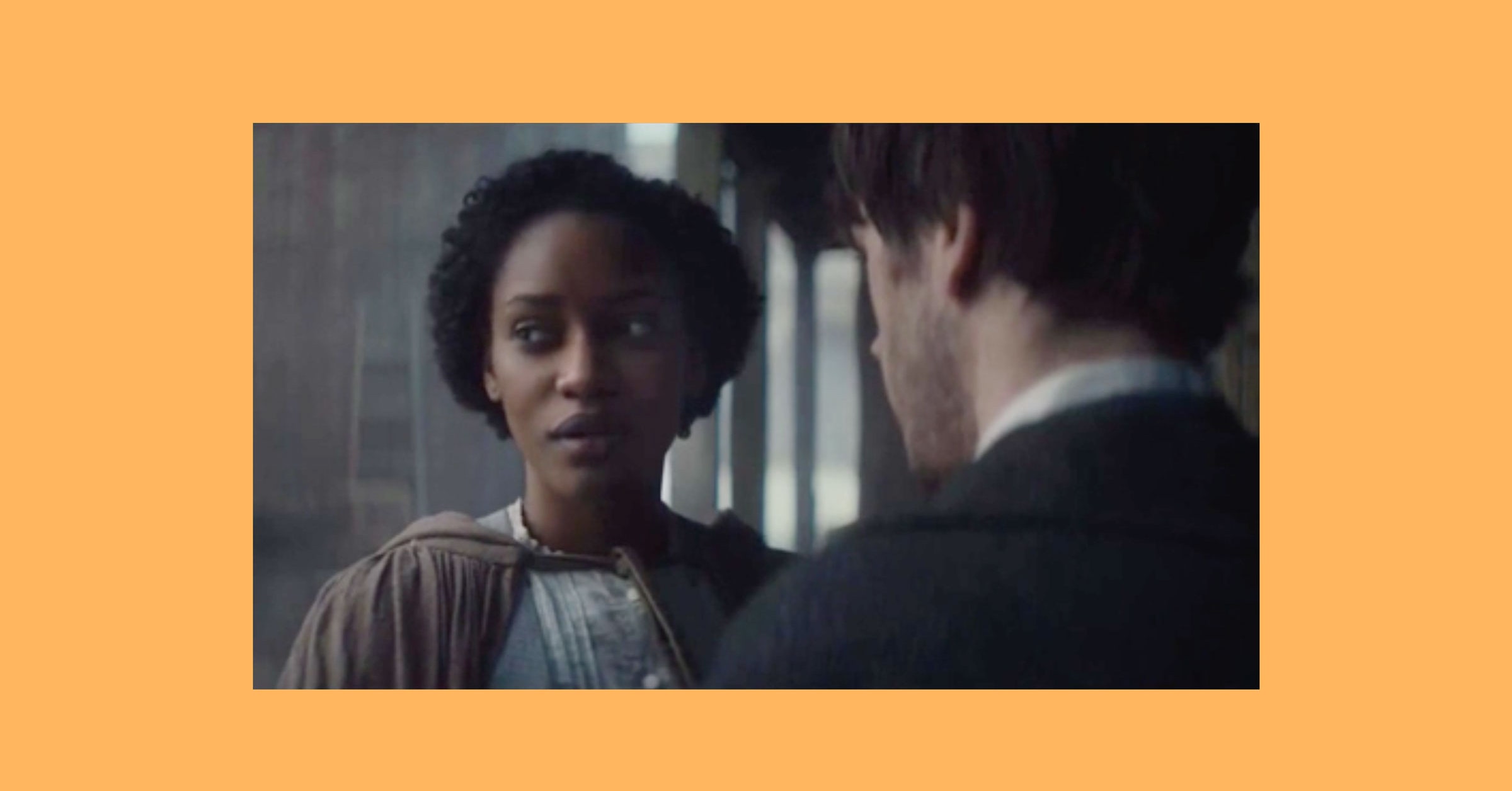 On Thursday, the world’s largest DNA testing company, Ancestry.com, pulled a video advertisement amid a cascade of criticism on social media. The ad, titled “Inseparable” and cinematically shot to portray a gauzy, gothic moment on the streets of the antebellum South, depicted a white man offering a black woman a ring and imploring her to “escape to the North” with him. In the captions, they are referred to as “lovers.” As the video ends, a stylized Canadian marriage certificate for the two characters dated 1857 appears and the voiceover urges the viewer to “uncover the lost chapters of your family history with Ancestry.”

The ad appeared online earlier this month, but as BuzzFeed first reported, it didn’t draw much attention until critics on social media began sharing it in outrage this week. They decried it as a whitewashed, revisionist account of the traumas that stamped interracial sexual relations during America’s centuries of violent chattel slavery.

In a statement to WIRED, Ancestry said it had removed the video from YouTube and was in the process of pulling it from television. “Ancestry is committed to telling important stories from history,” the company said. “This ad was intended to represent one of those stories. We very much appreciate the feedback we have received and apologize for any offense that the ad may have caused.” Ancestry did not answer WIRED’s questions about the ad or about the demographic makeup of its 14 million-strong DNA database.

Among the offenses catalogued by Twitter users were the myriad historical fallacies Ancestry crammed into the 30-second clip—the idea that black women could only be rescued from slavery by a white male savior; that most mixed-race people in America today descend from loving, consenting relationships when the biggest historical reason is rape; that interracial romance was even possible in slave-holding states given the extreme power asymmetries of the institution; that the “North” was some promised land of equal opportunity (spoiler alert, it wasn’t). But there was another fairy tale that Ancestry was selling too—that in exchange for a few tablespoons of spit, the company could magically fill in the branches of family trees severed by the transatlantic slave trade.

Founded by a pair of Brigham Young University graduates in the mid-’90s, Ancestry has long been amassing troves of genealogical information—from birth, death, and wedding certificates to census data and family photographs. The Lehi, Utah, based company claims to upload an average of 2 million searchable records to its website each day. When Ancestry added DNA testing services in 2012, five years after the launch of its chief competitor, 23andMe, it was able to catapult ahead by leveraging its built-in community of genealogy enthusiasts, which draws largely from the Mormon church. And Mormons keep great records.

But for people descended from American slaves, tracing family ties isn’t so straightforward. Slaves’ names were often changed when they were sold to new owners or escaped. Very few of the millions of rapes that resulted in pregnancies were ever reported. (In fact, Southern states made it legally impossible for slave women to file rape charges against a white man prior to 1861.) The historical excavation process digs up painful truths as often as it does dead ends.

DNA can help connect the dots, but the ethnicity estimates companies can wring from a tube of saliva are only as accurate as the data they have. And because DNA databases like Ancestry’s are so overwhelmingly white, they tell a much vaguer origin story for African Americans than for European immigrants who settled in the US. If you’re mostly of Irish descent, for example, Ancestry can tell you which side of the Dingle Peninsula your distant relatives lived in, or which one of 10 corners of the southern county of Cork they called home. Ancestry can divide the 32,000-square-mile island of Ireland into 85 distinct genetic populations. For the entire African continent, the company can only carve out nine. With that level of resolution, inferring the exact sources of ancestry for African Americans just isn’t possible at the present moment (though a January update does provide a more detailed look at how African American communities moved around the US following the Civil War).

Recruiting a more diverse customer base would certainly help lift some of those limitations, something the now-removed video seems clearly intended to do. It’s part of a larger effort the company has undertaken recently to target African Americans. Earlier this year it began running ads during the History Channel’s $50 million dollar reboot of the iconic 1977 Roots miniseries. And at the Sundance Festival in February, Ancestry released a short documentary film about an enslaved woman named Mary Weems who escaped to Canada, called “Railroad Ties,” which aired multiple times on AMC throughout Black History Month. But some critics say that marketing money would be better spent educating people, especially people of color, about the true promise and pitfalls of DNA testing.

“There’s a huge information gap,” says Janina M. Jeff, a population geneticist and host of the In Those Genes podcast, who was among the people who took to Twitter this week to point out the problems with Ancestry’s ad. She found its insensitivity to the ways DNA tests can retraumatize communities of color particularly egregious, but she says that Ancestry isn’t alone in selling an incomplete picture of what’s possible with DNA testing. Companies that offer genetic health scores to estimate your odds of getting certain diseases, like 23andMe’s new Type 2 Diabetes report, don’t often advertise that those calculations are less accurate for African Americans because they’re underrepresented in the database. And many testing firms gloss over the privacy issues that come with having your genetic code permanently on file. “Instead of addressing these hard questions these companies are pushing their products in a way that encourages people to naively give their DNA away without fully understanding the consequences,” says Jeff.

She worries that these types of blunders will erode trust in DNA technologies and undermine efforts to include communities of color in genetic studies, like the National Institutes of Health’s All of Us project, that could help fuel much needed medical advances for minority populations long neglected by the research establishment. Genes are just starting to unlock the secrets of people’s histories along with clues to their futures, making DNA among the most sensitive data around. This latest episode shows that companies like Ancestry still need to prove they can be trusted with it.