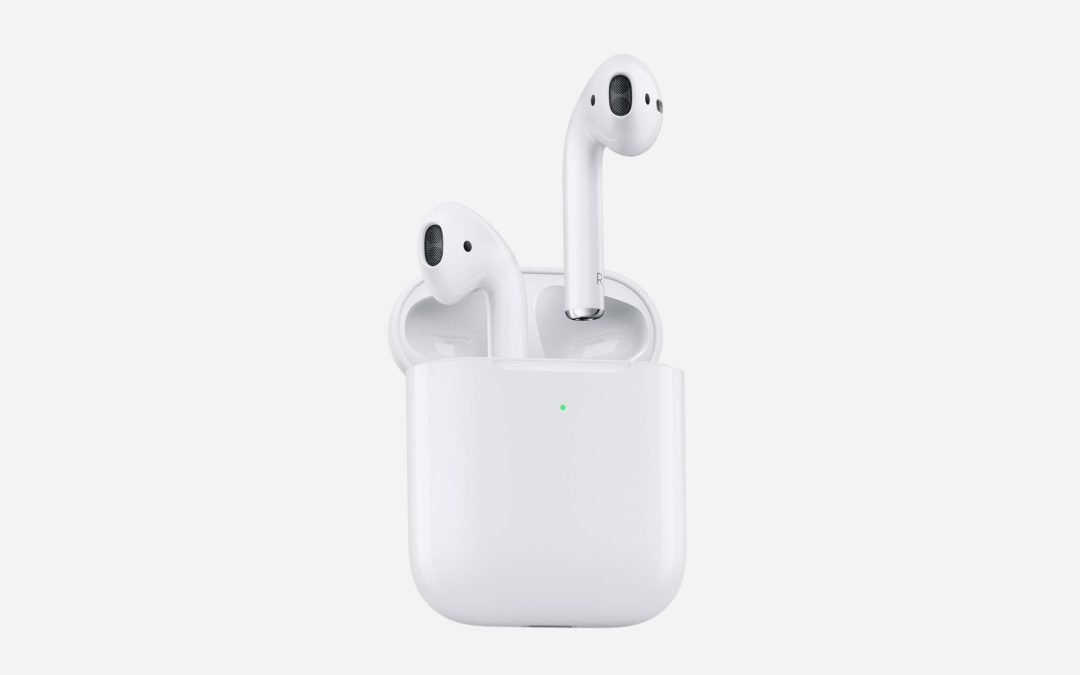 Apple just revealed a new pair of wirefree AirPods, the first significant update to the product since its original introduction in late 2016. They include a new, Apple-designed chip made specifically for faster wireless connections that also promises 50 percent more talk time, although although Apple hasn’t said whether the battery itself is larger.

The new AirPods look exactly the same as the first pair but are built with what Apple is calling the H1 chip, which replaces the W1 chip that made its way into the original AirPods, Apple Watches, and some Beats headphones. Apple says the new chip makes the headphones perform more efficiently and connect to your device faster. Apple also says it adds up to an extra hour of talk time with the ‘pods; the new battery life claim is five hours of listening time and three hours of talk time per charge. You can also summon Siri on the new AirPods using voice only; the previous pair required you to tap on one of the AirPods.

Apple hasn’t shared many details yet about the new H1 chip. The W1 chip, which was also Bluetooth compatible, was custom-designed to prioritize fast syncing and switching between Apple products. It also supported sensors within the AirPods, so that audio streams would pause if you took an AirPod out of your ear. Expect that same functionality in these new AirPods, which also still support standard Bluetooth, so they can be used with non-Apple products.

The other new accessory Apple has added is an optional wireless charging case that’s compatible with the ubiquitous Qi charging standard. The new AirPods alone cost $159, the same as the previous generation. When you throw in the new case, they’re $199. And if you’re happy sticking with your old AirPods, you can buy the wireless charging case as a standalone item for $79. You can order today; Apple’s website currently says they’ll ship next week, which is when they’ll also start popping up in Apple Stores.

The first generation of AirPods launched a new, truly wireless accessory category for Apple, but the company has emphasized headphones generally for years. In 2014, Apple made a strategic technology buy when it paid $3 billion for Beats, the consumer electronics company cofounded by music producer Jimmy Iovine and rapper Dr. Dre, which was known for its Bluetooth headphones.

The first AirPods were well received for their ease of use and, despite some criticism that they’re ugly, have become emblematic in techno-optimist culture. According to a recent report from Counterpoint Research, Apple sold an estimated 35 million pairs of AirPods in 2018, accounting for about 75 percent of the total wireless “hearables” market.

AirPods are not without their issues. Some customers have complained about degradation of the tiny batteries over time. IFixit, a company known for its DIY repair kits and tutorials, has pointed out that they’re practically unfixable and, beyond that, unrecyclable. Apple has not yet responded to WIRED’s inquiries about trade-in or recycling programs for older pairs of AirPods.

And, while the second-generation AirPods are yet another Qi-compatible device from Apple, which means the case will charge wirelessly, there’s still no sign of AirPower, the proprietary wireless charging pad that Apple announced back in 2017.

The second-generation AirPods are coming on the heels of new iPad and new iMac announcements, which Apple revealed earlier this week. The subdued product announcements were shared not in one of Apple’s typically big, buzzy launch events, but through online press releases and in a tweet from Tim Cook.

Instead, Apple will host an event at the Steve Jobs Theater in Cupertino, California, next Monday that is expected to focus on new media services—sending another signal that the company is placing more and more focus on getting people hooked on recurring services in addition to selling them high-priced hardware.