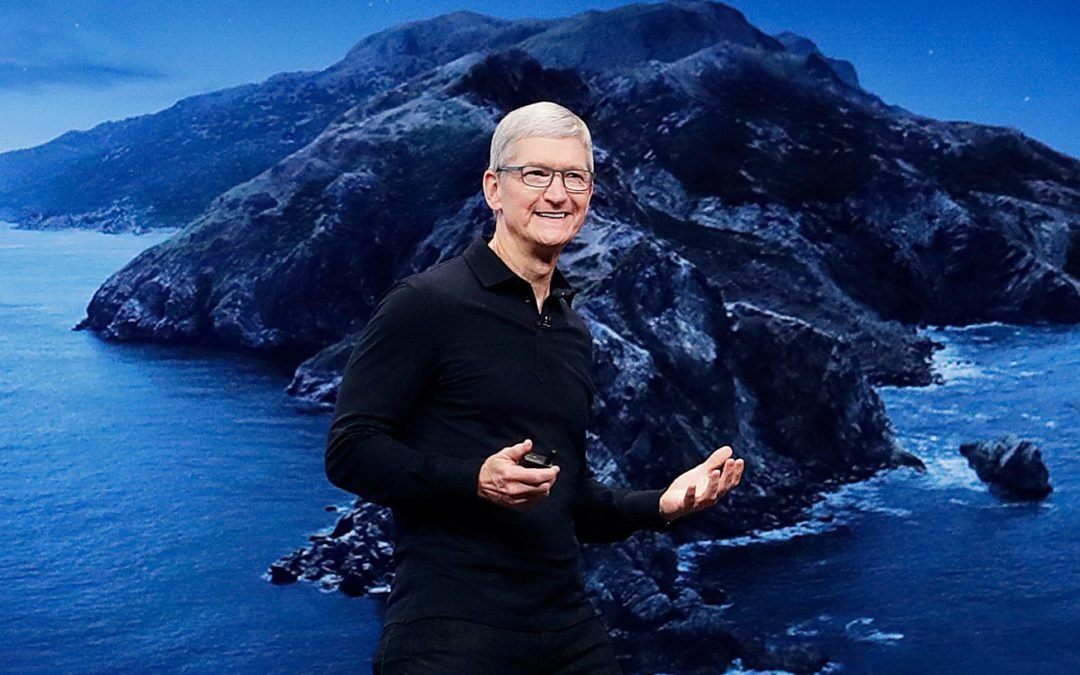 The iPad may be getting impressively close to Everyday Computer territory, but there is still something about the desktop software experience on a Mac that a mobile device can’t replace. (Even more so if the keyboard on your MacBook works!) But mobile software has its benefits—speed, usability, simplicity—so it’s not a surprise to see that MacOS 10.15 Catalina, the newest operating system for the Mac, borrows some features from its mobile cousin iOS. Think of it as the best of all iWorlds.

MacOS Catalina has been available since late last month as a public beta, which means anyone can download it and test it on their own machine. However, it’s still not the final version of the OS, so you can expect bugs and incomplete features if you decide to try it. And as always, back up your machine before you install this pre-release software so you can restore your Mac to its previous working state if anything disastrous happens.

Here are a few things you expect as you navigate your way through Catalina.

Project Catalyst, formerly known as “Marzipan,” was one of the bigger announcements that Apple made at its annual software conference last month. It’s a framework that allows developers to easily port iOS apps over to the Mac, which means mobile apps like Twitter—and many others once app makers have time to tool around with this—can now run as MacOS apps. On the one hand, this potentially means optimized, faster, more responsive versions of apps that you’d normally access via a web browser. On the other hand, it means running more apps.

As part of this new initiative, Apple is bringing some of its native iOS apps over to Mac, including Apple News, Stocks, Voice Memos, and Home.

And then there’s that whole iTunes thing…

It’s the elephant in the room, and it’s what some have called the death of iTunes. In MacOS Catalina, Apple is picking apart the bloated iTunes and assigning its various parts their own app containers: Apple Music, Apple TV, and Apple Podcasts.

Apple Music is focused, unsurprisingly, on music; Podcasts is for searching, downloading, and listening to podcasts. Apple TV’s purpose is a little more scattered (especially since there will soon be an Apple TV+ experience for original content within the Apple TV app), but this is where you’ll buy and rent movies and shows, something you used to have to do through iTunes. In the Apple TV app, you can also view your purchased items, access third-party streaming apps like HBO or Hulu, and find personalized recommendations on what to watch.

iTunes isn’t totally going away, though. It now runs in a sidebar in Finder, so you can still plug in and sync your iDevice as needed.

iPad Gets a Lift in Sidecar

A new feature in MacOS Catalina called SideCar turns an iPad into a mirrored display for your Mac, as well as a multi-touch mouse pad and a drawing pad for apps running on your Mac. The feature is something that was already offered through third-party apps like Duet Display, Luna, and Air Display, but now Apple is offering it natively. The feature promises little to no latency between the iPad and the Mac with its native software—provided the two devices are within 30 feet of one another if you’re connecting them wirelessly.

I haven’t been able to test this out yet, but it seems like having the iPad wirelessly hitched to your Mac could be incredibly handy for a range of use cases, whether it’s signing documents, drawing, or even just gaining more screen real estate. And one of the best things about it is that it should work right away in apps that already support a stylus; developers don’t need to do any extra work.

One of Apple’s most impressive accessibility features in recent years will arrive with MacOS Catalina, and it’s not just limited to Macs. A new voice-control feature lets people fully control their Mac, iPad, or iPhone entirely with spoken commands. It does this by creating a system of numbers or grids, so you can call out where you want to navigate to on the screen and select things via voice rather than having to use a mouse or trackpad.

If you frequently use multi-step gestures—Apple’s example is sending emails or messages with fireworks—you can pre-set these and then use voice commands to execute them. Catalina also includes enhancements for people with low vision, including the ability to hover over text to prompt a higher-resolution display of it. And if you happen to be giving a presentation, you can zoom in on the text on your own device, but maintain the same resolution on external-facing devices, as freelance tech reporter Steven Aquino notes here.

You already know how much time you’re spending on social media and how many notifications you’ve been getting on your phone; why not extend this knowledge to your Mac? As it does on iOS, Screen Time in MacOS tells you just how much time you’ve wasted on Facebook today and how much of your screen time is devoted to productivity apps (seriously, you should access this information if you haven’t yet; you might be surprised by your stats).

If you’re a user of more than one Apple device, this info will also be synced through iCloud so you can see a breakdown of Screen Time per device. It also comes with options for setting little guardrails for yourself. You can set time limits for specific apps and give yourself a one-minute warning when you’re about to hit that limit. You can also set parental controls for the Fortnite-and-Snapchat-obsessed young human you’re raising.

In MacOS Catalina, the Notes app now has a gallery view, and you can invite someone to view and collaborate on an entire folder’s worth of Notes, not just a single Note. (Likewise, you can limit someone’s ability to edit your note, so that they don’t accidentally fat-finger your travel itinerary, while still allowing them to view it).

Also, the search function—arguably the most important feature in an app loaded with disparate bits of text and photos—has gotten much better. When you search for a keyword like “cat,” for example, the app will not only bring up your reminder to buy cat food or notes from the last vet visit, but also photos of the cat you threw into Notes. Awww.

This is a little thing—quite literally small–but if you happen to own an Apple Watch, you’ll be able to use it to authenticate your identity in even more places in MacOS Catalina. It’s already super useful to use an Apple Watch to unlock newer Macs, or to use it to validate a payment you’re trying to make in Safari. But now you can use it to approve app downloads, reveal passwords (again, in Safari) or unlock a locked note. It’s one of those seemingly iterative things that can actually make a big difference—for Watch-wearers anyway—when it comes to workflow.