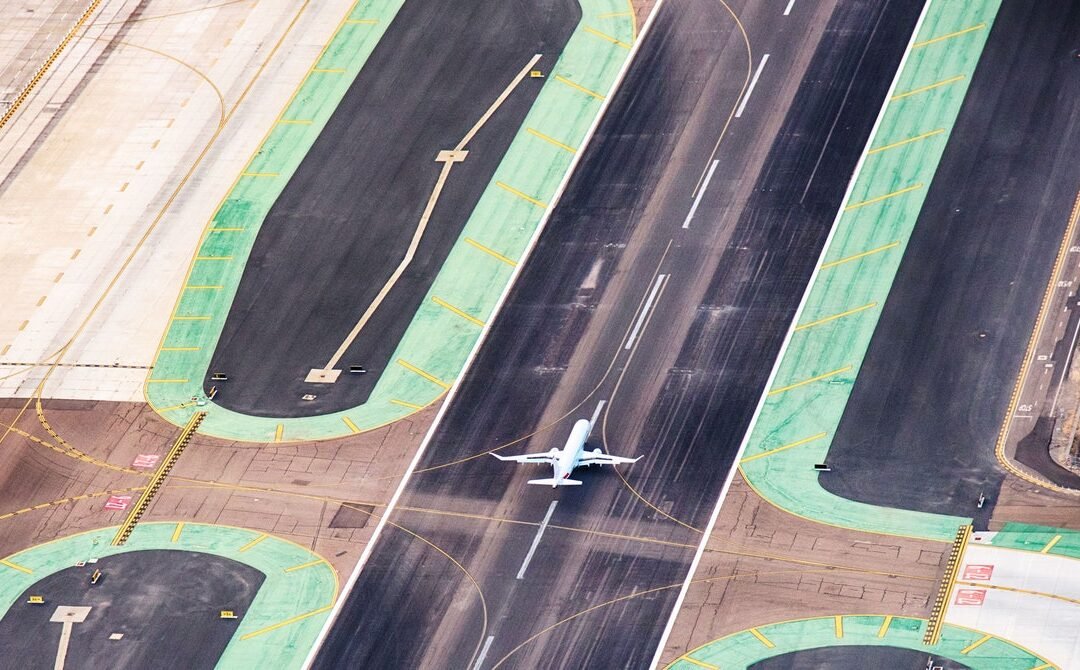 Flying is dirty, at least in terms of global warming. A round-trip flight from New York to LA generates up to 2.4 metric tons of carbon dioxide, depending on the airline. That’s about the same emissions as you’d get from driving a passenger car 6,000 miles or burning 2,653 pounds of coal, according to EPA calculations. Longer flights are even worse. Jetting from Denver to Paris generates 4.9 metric tons of carbon dioxide, while Miami to Shanghai spews out nearly 10 tons of CO2, according to the Berlin-based Atmosfair carbon flight calculator.

Carbon emissions from jet travel make up only 2.5 percent of global greenhouse gases, but experts worry that as the demand for air travel grows in developing parts of the world, so will that figure. Jet engines burning conventional aviation fuel also produce sulfur and nitrogen pollutants, water vapor, and contrails. These compounds amplify the overall contribution of jet travel to climate warming to an estimated 7 to 8 percent of global emissions, according to a study by US and European researchers published in January 2021 in the journal Atmospheric Environment.

Last month, the Biden administration announced it would include a $4.3 billion research program as well as tax credits for SAF manufacturers in the proposed $3.5 trillion reconciliation bill that is currently being debated in Congress. The White House also said three federal agencies would work with a consortium of US airlines to boost the use of sustainable fuels to 3 billion gallons by 2030.

Right now, the government limits airlines to a 50 percent blend of SAF and conventional fuel, something that United officials are hoping to change following the results of the test flight. “We are showcasing that the aircraft can handle sustainable aviation fuel and the performance is technically the same,” Riley says. “This blending limit is perhaps not needed. We would like to see 100 percent of our airplanes fly on 100 percent SAF.”

Patrick Gruber, the CEO of Gevo, says that after a decade of manufacturing SAF, the technology is ready for a big scale-up that might happen if the Biden tax credits are passed and airlines continue their demand for his green fuel. “The technology is well developed. The products are proven and certified to work,” Gruber says. “Right now, it’s about deploying capital, and making sure everybody can make money.”

Gevo announced plans for a new $800 million facility in Lake Preston, South Dakota, that by the time it opens in 2024 will be able to make 45 million gallons of SAF a year, along with 350 million pounds of animal feed. To keep its carbon footprint low, the plant will run on renewable energy from a nearby wind farm, Gruber says.

Instead of using plants or waste oils, some entrepreneurs want to go even further by manufacturing SAF out of thin air. Well, actually by a neat chemistry trick that combines a carbon molecule pulled from CO2 in the atmosphere with a hydrogen molecule split from water. The result is a sustainable hydrocarbon fuel, according to Nicolas Flanders, cofounder of Twelve, a startup spun out of a Stanford University chemical engineering lab.