Baby Yoda Merchandise Is Out There—But Wary, You Must Be 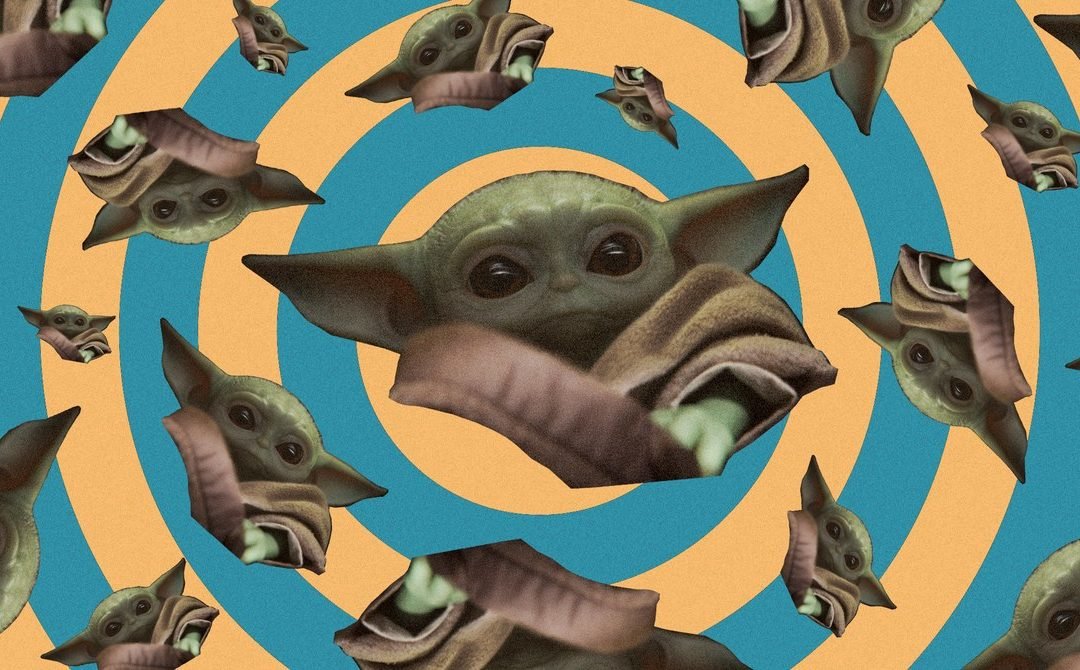 When The Mandalorian premiered on Disney+ last month, there was no official Baby Yoda merchandise available for fans to purchase—despite the fact that the adorable character was essentially destined to become a viral meme from the start. Showrunner Jon Favreau later said that was a deliberate choice: Production of Baby Yoda toys was intentionally delayed to keep details about the character from leaking. This week, Disney finally released a line of products “inspired by The Child”—the little green alien’s official name—including T-shirts, totes, phone cases, and a travel cup. But some of the most sought-after items, like plush Baby Yoda dolls and statutes, are only available for preorder, and won’t arrive until the holidays are over.

While Disney was trying to get its act together, a number of third-party ecommerce sellers began filling the Baby Yoda–shaped void. There are now plenty of handmade crocheted Baby Yoda dolls on sites like Etsy, as well as hats that will turn your own baby into an adorable little alien. Sellers offering these items are likely to find more success, since they’re hawking something Disney can’t ship right away.

And that’s because it’s harder to mass-produce toys quickly than, say, T-shirts. So some people are turning to shortcuts. A few Amazon sellers, for example, are taking regular, boring, old Yoda toys and branding them as his cuter, more in-demand infant counterpart. Take this Baby Yoda keychain that has gray hair, for instance. The listing says it’s “officially licensed Star Wars merchandise,” but these are not the Baby Yodas you are looking for.

On another toy listing, two Amazon reviewers said they were duped into buying what they thought were Baby Yoda plush dolls, but which turned out to be older Yodas in disguise. “You can tell by the white hair and lack of oversized robe,” one reviewer wrote. Without many other options to put under the Christmas tree, a truly desperate parent might gamble that their Baby Yoda–obsessed kid won’t notice a few grizzled tufts of hair or a lightsaber hanging from its belt.

Both Amazon and Etsy are also home to a wide array of Baby Yoda stickers, leggings, T-shirts, mugs, sweatshirts, Christmas ornaments, and earrings. Many of these items resemble the official merchandise now being sold by Disney, but some have that distinct “this was made by a bot” feel, like this enormous microfiber blanket you can use to literally smother yourself with Baby Yoda’s face. There’s also a magnet combining the OK Boomer meme with Baby Yoda—either delightful or horrifying, depending on where you stand. It’s currently labeled as an Etsy bestseller.

Unfortunately, some third-party Amazon sellers appear to be using stolen art, like this delightful Baby Yoda illustration by artist Nathan Mazur. Mazur and Amazon didn’t immediately returned requests for comment. A BuzzFeed News feature from earlier this year documented how many artists have had their work stolen by Amazon sellers, and not just when it’s Star Wars–themed. Other sellers look to be using artwork taken directly from The Mandalorian, and therefore Disney, which for years was notoriously aggressive about protecting its intellectual property. The entertainment company doesn’t appear to have cracked down on many of these items yet, but that may not continue to be the case.

Baby Yoda isn’t the first cute Star Wars character to kick off a merchandising rush. There’ve been Ewoks and, more recently, Porgs. But the tiny green alien the internet loves to love might be the only Star Wars creature with its own devotional candle on Amazon. For $22.50, you, too, can pray to what the seller correctly calls “the Patron Saint of 2019.”