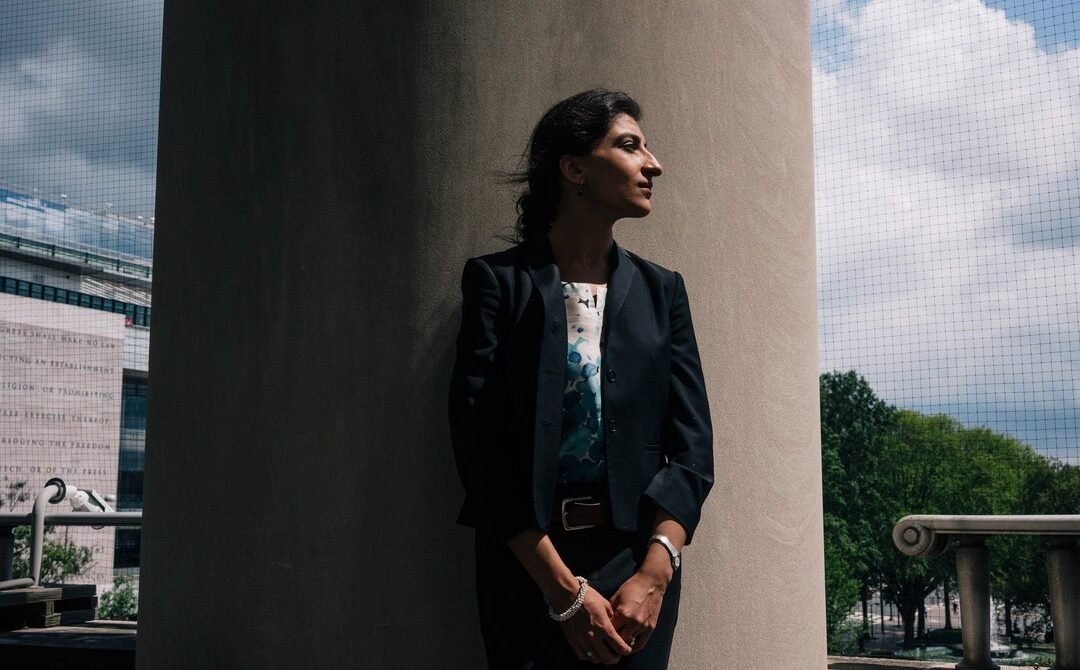 During the Democratic presidential primary, several candidates made antitrust enforcement against Big Tech part of their campaign pitch. Joe Biden was not one of them. When he won the nomination, and ultimately the presidency, Silicon Valley executives probably felt as if they had dodged a bullet. If so, they appear to have been mistaken.

On Tuesday morning, Politico reported that Biden plans to nominate the legal academic Lina Khan to an open seat on the Federal Trade Commission, one of the agencies with the most power to enforce antitrust laws. Khan is at the vanguard of the Big Tech antitrust movement. In January 2017, while still a student at Yale Law School, she became an overnight academic celebrity with the publication of a paper titled “Amazon’s Antitrust Paradox,” which both took aim at Amazon’s anticompetitive behavior and delivered a powerful critique of the antitrust establishment. Last year, as a staffer on the House antitrust subcommittee, she was a key figure behind the landmark investigation into Facebook, Amazon, Google, and Apple. Now, Khan is on the verge of becoming part of a new antitrust establishment. (Disclosure: Khan and I went to law school together and have remained friendly. On the other hand, she didn’t reply to my request for comment.)

Khan would be the second high-profile critic of Big Tech recruited to the administration in just the past few days. Last week, Biden named Tim Wu to the National Economic Council as a special assistant for technology and competition policy. Wu, who like Khan is a law professor at Columbia, is best known for coining the term “net neutrality.” In his 2010 book The Master Switch, at a time when very few people were putting “tech” and “antitrust” in the same sentence, he warned about the tendency for new communication technologies to monopolize. More recently he has emerged as one of the most sophisticated critics of the attention-driven business models of companies like Facebook and Google. Khan and Wu are the kind of people who would have likely staffed an Elizabeth Warren administration. The fact that Biden is bringing them on board is the strongest sign yet that his administration could have a much more critical eye toward tech and antitrust than many people expected.

If appointed and confirmed, Khan would be one of three Democrats among the FTC’s five commissioners, meaning she can’t single-handedly shape the agency’s direction. Still, her appointment could be particularly consequential. Khan has written about the need to use all the tools in the “antimonopoly toolbox,” rather than merely breaking up individual companies. Well, the FTC has a lot of tools. It hasn’t used them much of late—even when it has imposed fines on the biggest tech companies, they have been for trivial amounts—but they exist. Like the Department of Justice, the FTC can block mergers and sue to undo them after the fact—as it did when it filed a case against Facebook in December. But Congress has also granted the agency the power, seldom used, to issue legally binding rules governing what counts as fair competition, meaning it can reform the law, within limits, even if Congress doesn’t act.

“My dream is that it would start writing competition rules that just articulate what practices are prohibited,” said Sandeep Vaheesan, legal director at the Open Markets Institute, an anti-monopoly think tank, in an interview late last year. “So, instead of having to go litigate every monopoly and spend three to five years on a case, it would just establish rules saying the following practices are illegal—either categorically, or just if you’re dominant.” For example, he says, the FTC could issue a rule prohibiting employers from making workers sign non-compete clauses.