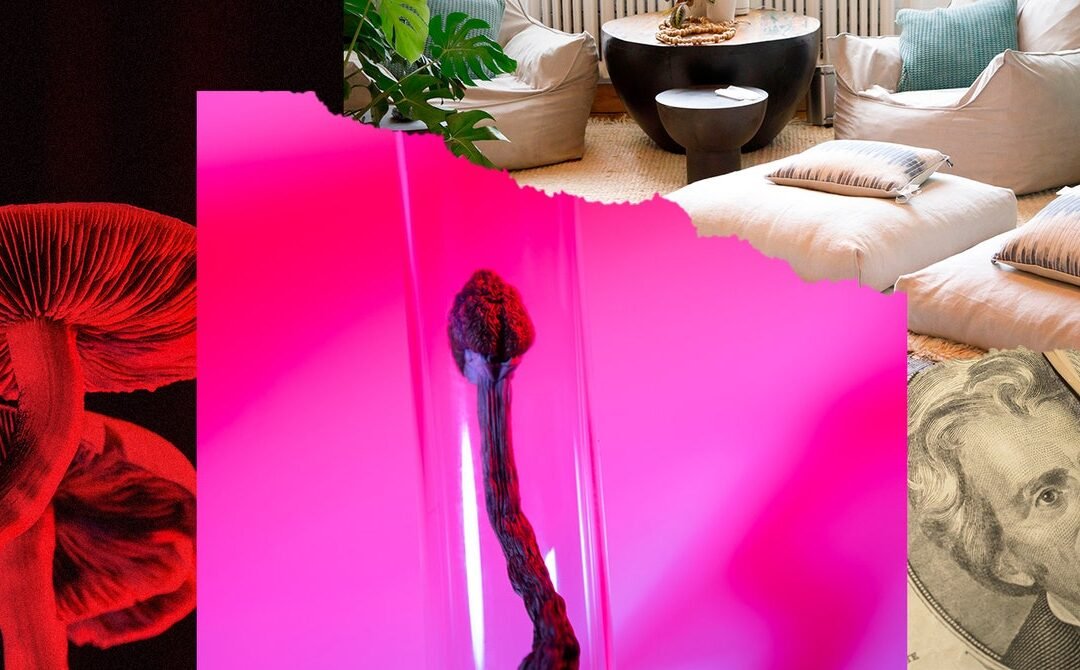 But with all due respect to the worried doctors, we’ve already crossed the Rubicon. The latest indication that psychedelics are not solely medical was when Mark Haden of MAPS Canada appeared on Netflix’s the goop lab and nodded sympathetically as (now-former) chief content officer Elise Loehnen talked about goop staffers taking mushrooms in Jamaica in order to “feel more creative” or “have a psycho-spiritual experience.” Doctors allow this mission creep every time they let their COOs serve as their mouthpieces and spout corporate rot on their behalf.

Though their profits depend on convincing you that you need a professional—the professionals they hire—it turns out that most of these entrepreneurs believe themselves to have been healed without such detailed and expensive protocols.

In interview after interview, the bigwigs behind these clinics and research companies talk about taking psychedelics in non-medical settings and/or for reasons that amount to personal growth—and they reaped the benefits anyway. Joe Green, an entrepreneur who helped raise $30 million for MAPS, told the The Wall Street Journal his experience with psychedelics helped him “rediscover wonder.” Dylan Beynon, who founded the ketamine clinic Mindbloom, told the blog EightSleep that he became interested in psychedelic medicine after a friend recommended he try MDMA. Similarly, an investor recommended psilocybin to Lars Wilde, a serial entrepreneur who cofounded Compass Pathways with George Goldsmith. (Major funders of Compass include Peter Thiel and investor Christian Angermayer, whose first trip was with friends on a beach in the Caribbean.) Presumably, none of these investor-friends was moonlighting as an MD.

So if these men safely enjoyed the benefits of psychedelics in a wellness context, why pursue the medical route at all? Why not go full goop? First, the underground psychedelic market already exists, and dyed-in-the-wool spiritual seekers are unlikely to care much about whether the FDA has approved a drug, so they don’t represent an untapped source of profit. But crucially, it’s unlikely that all but a few states will legalize psychedelics for broad consumption anytime soon, so using medicine as a back door allows tech companies to take advantage of a burgeoning market before anyone else is able to.

By keeping these drugs behind gates to which they hold the keys, they ensure a certain kind of clientele will be best positioned to gain entry—people with disposable income or really good insurance, given that ketamine infusions plus medical oversight plus hours of “processing” with a therapist cost much more than a pill on the street—while populations who’ve been historically less able to access good health care or have been disproportionately penalized for drug use (namely, the poor) will be locked out. This way, they can court potential customers who might be afraid of the risks, or who associate drug-taking with degeneracy and dependency, and whose hesitancy will be lessened by a medical imprimatur.

Sure, various parties make occasional mention of “democratizing” their services, but that’s part of their big utopian long con. Given time, their monopolistic hungers inevitably surface. For example, David Bronner, a supporter of the Oregon bill to make psilocybin legal in therapeutic settings, recently accused Compass Pathways of trying to “mobilize opposition” to legalization so Compass could have greater control of the market by being the only one offering the service. (Compass’ CEO told Vice that he “just wanted to have a conversation” about the bill.)

“It would be a tragedy if [psychedelics were] only available to people through prescriptions. People should be free to explore their consciousness.”

And of all the groups to define mental well-being and tell you how to achieve it, you’d be hard-pressed to find a worse one than white tech dudes with money. Their obsession with global connectivity has made many of us more emotionally distant from each other (ironically convenient, as they can cite “disconnection” as a symptom of depression, making them the mental health equivalent of firefighter arsonists). The omnipresence of social media has shown us the dark side of self-optimization, and how cavalierly platforms treat the data of individual users. Finally, their prioritization of growth over stewardship means companies tend to balloon before being hollowed out, leaving behind a trail of burned-out, disenfranchised employees and disgruntled users, which bodes poorly when you’re working with vulnerable populations. Many previous forays into mental health care have been marred by scandal and inefficiency, with companies like Talkspace being accused of opacity and unethical conduct, and others like BetterHelp with the more benign sin of overpromising—an amazing therapist, on call 24/7!—and under-delivering with a bot that doesn’t always respond.

Psychedelics haven’t captured our attention for brute capitalist reasons alone. Many people are suffering, and psychedelics can radically shift people’s mindsets and lead to meaningful personal growth, sometimes after only a single use—I count myself among those who have had positive experiences. It’s important that we let those who feel they would benefit from psychedelics have the option of trying them.

Don’t believe Big Tech when they tell you you need their weightless bean bag chairs and offices filled with shrubbery and medical validation. You deserve to take drugs on the beach with your friends, just like they did.

But instead of handing over the reins to a group with a long track record of corroding our collective mental and spiritual health, what if we listened to those with experience using psychedelics to heal people? If we want to honor the way psychedelics have been conceived of for thousands of years in Indigenous communities—which there is some attempt to do, to be fair, but it’s often tokenizing—then we will turn to the psychedelic practitioners, doulas, and other guides, many of whom have operated underground for years due to fear of prosecution.

Ideally, we’d work toward federally decriminalizing, regulating, and legalizing recreational use of psychedelics at people’s discretion and educate individuals about how to set themselves up to have a safe, enjoyable trip. Enacting this kind of policy change would be the real revolution we need.