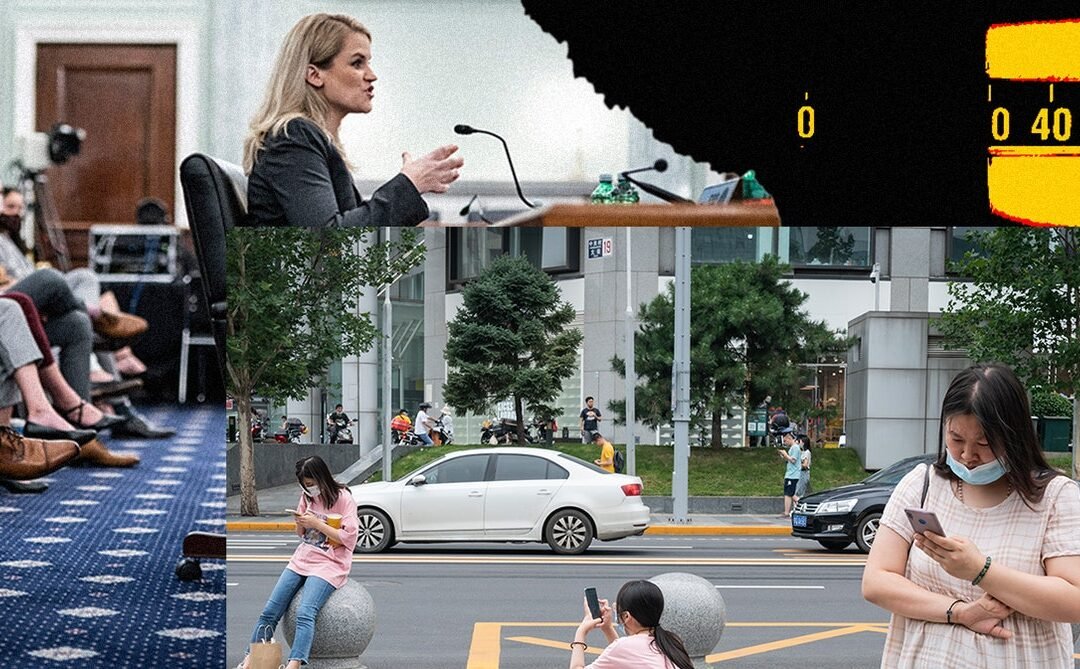 A trove of leaked documents and a recent congressional hearing have proven the obvious: Instagram harms many of its users, and its parent company Facebook has known for years. As one company slide concluded: “We make body image issues worse for one in three teen girls.” The recent developments confirm years of independent research showing that, for many, the app is linked to lowered body satisfaction and an increase in dieting—and that the changes happen fast. In one study of undergraduate women, it took just seven minutes on Instagram to ruin the mood.

There are a million recommendations on how to mitigate the damage of the unrelenting barrage of idealized images of strangers and friends. These commonsense strategies include curating your Instagram feed and practicing gratitude for your body by writing down the things it can do, regardless of how it looks. Some people try to use the good (body-positive images showing diverse shapes, sizes, and colors) to drive out the bad (images of idealized bodies). When all else fails, there are apps to help you reduce the time you spend on other apps.

But none of these tactics get to the root of the problem, which the stock phrase “body-image issues” barely even begins to describe. How we look—at ourselves and others—and its often-negative consequences remain more a matter of hair-trigger emotions than of rational thought. Once you’ve learned to see your body as an object, “you can’t turn that off,” says Renee Engeln, a psychology professor at Northwestern University and the founder of its Body & Media Lab. “You can only walk away.”

The best tactic, then, is a little more extreme than anything formally proposed before: Stop creating and consuming images of bodies. Cancel corporeality. Find ways to perceive, and be perceived, less.

Here’s an abridged history of self-perception: For millennia, the best shot you had at seeing yourself was in a naturally reflective surface, like a pool of water. (RIP Narcissus.) Roughly 500 years ago, glass mirrors became increasingly commonplace. Less than 200 years ago, people took the first images with photographic cameras. And, in 2010, Kevin Systrom posted the first photo on Instagram.

While mirrors radically altered people’s relationship to their own appearance, any glance was fairly fleeting. Photography, by contrast, entailed a kind of violent transfer of ownership. “To photograph is to appropriate the thing photographed,” Susan Sontag wrote in her 1977 essay collection On Photography. “It means putting oneself into a certain relation to the world that feels like knowledge—and, therefore, like power.”

In an era where people take an estimated 1.4 trillion photos a year, at least 82 percent of young Americans have taken and posted a selfie online, and any image can be edited and shared on one of dozens of platforms in mere minutes, to be liked, commented upon, or, worse, ignored, the question of who holds that power has become even more complicated.

For more than two decades, Engeln and her colleagues have shown that popular media of all types—tabloids, television, and now social platforms—contribute to the widespread problem of objectification. It happens when people (especially those perceived to be female) are seen less as agents and equals and more as objects meant to be aesthetically evaluated. But the harm doesn’t stop there. Over time, researchers have theorized, these ideas become internalized, and people’s self-worth becomes tied to their outward appearance. This can lead to shame, anxiety, depression, and disordered eating.

It also results in more and more time spent self-surveilling. In experimental studies, seemingly trivial things—like being in the presence of mirrors or scales or receiving an appearance-related comment—have been shown to lead to a decline in cognitive performance, as the brain’s limited attention is pulled away from the task at hand and toward the body and how it appears to others. The result, Engeln writes in her 2018 book Beauty Sick, is that many people walk around with an invisible mirror between them and the world.