Boston Dynamics, BTS, and Ballet: The Next Act for Robotics 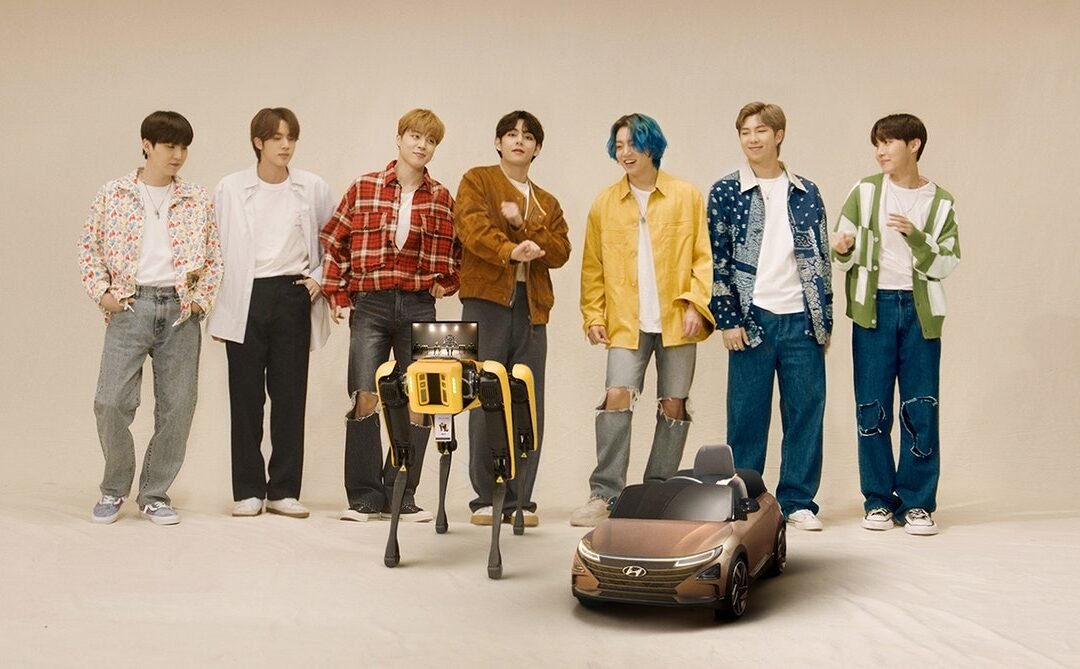 There’s a scene in Swan Lake where the hunky, crossbow-toting protagonist, Prince Siegfried, loses his swan princess, Odette, in an enchanted forest. Suddenly, he finds himself confronted by dozens of identical ballerina swans. Bedazzled and confused, Siegfried runs uselessly up and down the doppelgänger ranks searching for his betrothed. He is beguiled by the multiplicity of swans and the scale of their shared, robotically precise movements.

By the time Swan Lake premiered in the late 19th century, the princely protagonist’s confusion amidst a slew of synchronous ballerinas was already a trope. Romantic ballets are littered with such moments, but they can be found in more contemporary choreographies as well. The American director Busby Berkeley became famous for films such as 42nd Street that featured dozens of dancers uncannily executing the same movements. In the last few decades, the Rockettes and any number of boy bands have brought similar styles to the stage. And throughout history, military marches, parades, and public demonstrations have brought the strategy to the streets. Choreographing groups so the part moves like the whole is both a technique and a tactic.

It is through this Venn diagram intersection of ballet, boy bands, and battalions that we may consider “Spot’s on It,” the latest dance video from robotics manufacturer Boston Dynamics. The clip, which commemorates the company’s acquisition by the Hyundai Motor Company, features quadrupedal “Spot” robots dancing to “IONIQ: I’m on It,” a track by Hyundai global ambassador and mega-boyband BTS, promoting the company’s niche electric car series. In the video, several Spot robots bop with astonishing synchronicity in a catchy-yet-dystopian minute and 20 seconds.

The video opens with five robots in a line, one behind the other, so that only the front Spot is fully visible. The music starts: a new age-y cadence backed by synth clapping and BTS’ prayer-like intoning of the word “IONIQ.” The robots’ heads rise and blossom with the music, pliably shaping themselves into a wavering star, then a helix, then a floral pose that breathes with the melodic line. Their capacity for robotic exactitude allows otherwise simple gestures (the lift of the head, a 90-degree rotation, the opening of Spot’s “mouth”) to create mirrored complexity across all of the robot performers. “Spot’s on It,” à la Busby Berkeley, makes it difficult to distinguish between the robots, and at times it’s unclear which robot “head” belongs to which robot body.

Human performers can play at such similitude, but robots fully embody it.

The choreography, by Monica Thomas, takes advantage of the robots’ ability to move exactly like one another. For the Rockettes, BTS, and in many ballets, individual virtuosity is a function of one’s ability to move undistinguished within a group. The Spot robots, however, are functionally, kinesthetically, and visually identical to one another. Human performers can play at such similitude, but robots fully embody it. It’s Siegfried’s uncanny swan valley amidst a robot ballet.

From a technical perspective, the robots’ capacity for movement variation demonstrates the increasing subtlety of Boston Dynamics’ choreography software, a component of its Spot Software Development Kit (SDK) appropriately called “Choreography.” In it, the robot’s user can select a choreo-robotic movement sequence such as a “bourree”—defined in the SDK as “cross-legged tippy-taps like the ballet move”—and modify its relative velocity, yaw, and stance length. In application across an entire dance, one move, such as the “bourree,” can be inverted, reversed, mirrored, done wide or narrow, fast or slow, with increased or diminished distortion across the group. Thomas’ choreography fully utilizes this capacity to execute all manner of kaleidoscopic effects.

Such complexity and subtlety marks “Spot’s on It” as a significant departure from previous Boston Dynamics dances. First and foremost, it’s clear this video had a more intense production apparatus behind it: “Spot’s on It” is accompanied by a friendly corporate blog post that, for the first time, narrates how Boston Dynamics deploys choreography in its marketing and engineering processes. It’s also, notably, the first time Thomas is publicly credited as the choreographer of Boston Dynamics’ dances. Her labor in viral videos like “Uptown Spot” and “Do You Love Me?” was rendered practically invisible, so Boston Dynamics’ decision to underline Thomas’ role in this latest video is a substantial shift in posture. Scholar Jessica Rajko has previously pointed out the company’s opaque labor politics and fuzzy rationale for not crediting Thomas, which is in contrast to choreo-robotic researchers like Catie Cuan and Amy Laviers, who clearly foreground dancerly contributions to their work. “Spot’s on It” signals Boston Dynamics’ deepening, complexifying engagement with choreographics.

Even though Boston Dynamics’ dancing robots are currently relegated to the realm of branded spectacle, I am consistently impressed by the company’s choreographic strides. In artists’ hands, these machines are becoming eminently capable of expression through performance. Boston Dynamics is a company that takes dance seriously, and, per its blog post, uses choreography as “a form of highly accelerated lifecycle testing for the hardware.” All this dancing is meant to be fun and functional.