Breaking My Phone Addiction—Via My Phone 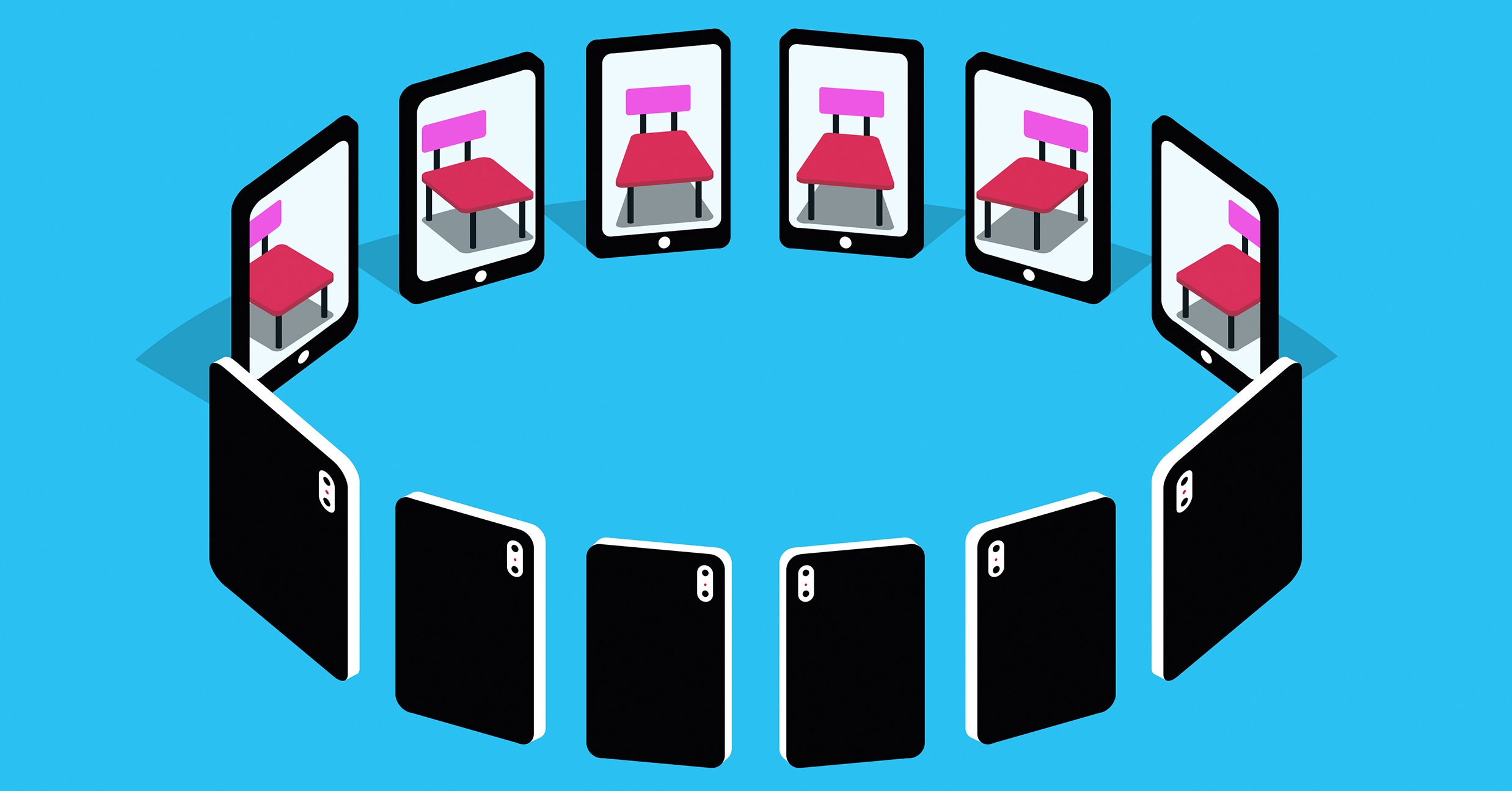 Most of the meetings of Internet and Technology Addicts Anonymous take place online, which is more sensible than it sounds. Colloquy via web-based conference call might help tech burnouts clear the first hurdle in recovery: asking for help. If your idea of social life is a four-day Twitch bender played under a codename, at least you don’t have to leave behind all the comforts of home—screens, anonymity—when you’re demoralized enough by digital compulsions to bust open a FreeConferenceCall.com tab.

Four English-language ITAA conference calls take place each week, Tuesday and Thursday evenings, and weekend days at noon. Live meetings, where addicts in folding chairs share wisdom and complaints with other addicts, don’t seem to last long; in-person groups meet for a year or so and then fizzle. Only the very first ITAA group, which started near Seattle around 2009, has been in continuous operation. That may be because it’s connected to an opulent residential program called reSTART ($37,000 for nine weeks) that heavily filigrees the 12 steps with behavioral therapy, classes in horticulture, and no end of physical exertion. Eclectic treatments, including something called “sand tray therapy,” address problematic texting, gaming addiction, and much more.

Like many who get sober in traditional AA, I tend to be skeptical of any therapy more sophisticated than meditating, making amends, and helping people. Still, reSTART intrigued me. Based in Bellevue and Fall City, Washington, it promotes not total abstinence from screens but “a sustainable digital lifestyle.” That sounded promising. On my virtual tour of the tranquil, woody facility, I began to imagine a nine-week getaway where my main obligation would be to steer clear of my phone and become a sporty Pacific-Northwest-before-Microsoft-and-Amazon person. In the rousing promo on reSTART’s site, a cadaverous-looking insomniac is shown quitting his videogame console; then a similar young man is shown mountain-biking down a brutal path to an existential victory no leaderboard can match.

That looked exhilarating, but too far away and too pricey, so I called ITAA as a turtle step toward smartphone relief. If I’m honest with myself, typing in conference-call codes (the worst) was probably a clue that I wasn’t remotely ready to drop my unsustainable online lifestyle. I was doing nothing new, after all; I could have been calling in to hear Twitter’s quarterly earnings report. What I really could use was “opposite action”: a jolt of something counter-habitual, like the moment seven and a half years ago when I spoke out loud the thing I was most ashamed of, to a room full of strangers: “I am an alcoholic.”

But even as I knew better, I checked out the idea of internet addiction from my phone. First up, the usual Polycom dissonance, where it was impossible to tell how many people were present. Then someone read the Serenity Prayer. Serenity, courage, wisdom. The prayer reader then announced that the meeting’s topic was “top lines, middle lines, bottom lines,” a fanciful geometry I came to appreciate as the framework for addressing tech addiction. Unlike in AA, where you strictly avoid intoxicants, ITAA has no universal fixed standard of abstinence. Tech is largely conceived of as something one cannot live without, the way food is in Overeaters Anonymous.

My blindness to the bodies of the addicts, and theirs to mine, inhibited, somehow, my compassion for them.

The other major program I know that uses top, middle, and bottom lines is the oft-mocked—but reportedly effective for some people—Sex and Love Addicts Anonymous. In SLAA, as in ITAA, top line is a behavior you’re trying to cultivate; a medium line is a behavior that leads to behaviors you’re trying to avoid; and a bottom line is a behavior you’re committed to avoiding absolutely. A member of SLAA once told me that, as a top line, she was trying to have sex with her husband more often. Her bottom-line no-no was: no more sex with strangers in libraries. (!) A middle line, which she didn’t have, is one that opens the chute to violating the bottom line. If the library libertine had blown past her top line by rejecting her husband, and then tucked her sexy library card into her car’s glove compartment, that behavior—the card-tucking—could be a middle line: a signal that she was on the road to self-betrayal in the stacks.

SLAA stories are a bit more thrilling than stories in ITAA, where members describe themselves as “recovering from the problems resulting from excessive internet and technology use.” (What people say in 12-step fellowships is confidential, so I’m changing identifying details.) Many of them recount watching too many YouTube video recs. One memorably berated herself for blowing her bottom line by skipping a night of sleep to scroll through slideshows of the daughter of Alec Baldwin. I heard people say that, as top lines, they were trying to meditate, paint, and write—activities considered superior to follies like “compulsive information gathering,” which for one man meant looking up divorce statistics from the 1940s. Dammit, he inadvertently made that topic sound so interesting that when the meeting ended I turned to the figures myself for a little taste of info-pamine. Did you know that divorces—as well as marriages—spiked right after World War II ended? (Out of consideration for those in info recovery, I will not post the link.)

Other bottom lines: No Facebook, ever. No more than two hours of gaming a day. No staying up online past 2 am. Some install blockers to prevent computer use in certain hours; these are supposed to work the way Antabuse, which interferes with the metabolism of alcohol, works for recovering alcoholics. Of course, addicts get around it. “I recently figured out how to hack the blocker,” one man said. “I’m mad at myself for doing that. Now I can’t rely on the blocker in the future.”

In the evening meetings, many people sounded exhausted, their voices in the dial-tone register. Missing sleep was a common complaint. Of course, I couldn’t see anyone. In AA, you stay sober and help others in part by scanning and being scanned for changes in body or mind: The yellowish cast that signals liver and pancreatic problems is the most alarming, but also telling are red eyes, weight changes, injuries, dishevelment. In a trusting and intimate AA in-person group, a member can approach another with concerns based on their self-presentation in ways that would ordinarily be considered intrusive. Not during the ITAA phoners. My blindness to the bodies of the addicts, and theirs to mine, inhibited, somehow, my compassion for them and, more worrying, my willingness to help.

We were still avatars, I realized. And then someone named a middle line that crystallized this thought. She was talking about her gateways to internet abuse: “sugar eating, unhealthy relationships, even extensive fictional reading.” The words “fictional reading” stayed with me. Did she just mean “reading fiction,” or is it “fictional reading,” when you pick up a virtual book in Roblox or barely skim headlines on Twitter?

The alcoholic, says AA’s Big Book, is often told he or she is “in full flight from reality.” That seemed to apply here. Whatever else you say about the elusiveness of an “addiction” definition, alcoholics prefer drunkenness to clarity. Tech addicts likewise prefer Metro Exodus over a nagging parent, or ageless online personas to this mortal coil.

The antidote is a flight to reality—however agonizing that feels. In AA that means a clear bloodstream; an inventory of mistakes, resentments, fears, and misdeeds; earnest amends for the harms done to others. But reality goes by other names too, and I can see how, for chronic texters, it might look like an antiscreen, maybe even like mountain biking: three-dimensional, muddy and brambly, invigorating, physically dangerous.

Addicts can mistake the disease for the cure—that’s another lesson of AA. The drinks you consumed for insomnia or heartbreak were actually the source of the problem. Likewise, an ITAA member confessed that his relentless search for adventure in MMORPGs had drained his life of actual adventure. As he admitted this, his voice changed; he announced a plan to go camping somewhere in the province of Alberta, and leave his phone behind. Then someone reminded him he’d need it for ITAA meetings. The conversation turned to portable chargers, until someone reminded us that “talking about devices—even chargers—can be triggering.”

Oh, for heaven’s sake. I had already put “hiking” and “Alberta” into Google—and was fantasizing about the Columbia Icefield. I wanted the gang to see these pictures of the Athabasca Glacier and to imagine, with me, zipping around in an Ice Explorer, but I was worried that sharing a URL might be triggering. I wouldn’t want anyone going down a glacier rabbit hole. On the other hand, my antidote to phone dependence has historically been adventure. I wasn’t sure that, with this particular addiction—if that was even the word for it—meetings, prayer, and service were the answer. Maybe it was glaciers.

The ITAA meeting was ending, and we were asked to shout the word “hugs!” as a way of closing. After several fake-hugs sessions, I had finally stopped judging them. But I did have something to say: I asked the guy planning the camping trip if he was afraid of being away from his phone. He said he wasn’t sure. He added that he’d tell us if it failed at the next meeting. But if it went well, he said, if the psychedelic blue icefields enchanted him more than Facebook, his plan was, no offense to anyone still struggling with tech addiction, never, ever to come back.

This article appears in the May issue. Subscribe now.