California’s Wildfires Are the Doom of Our Own Making 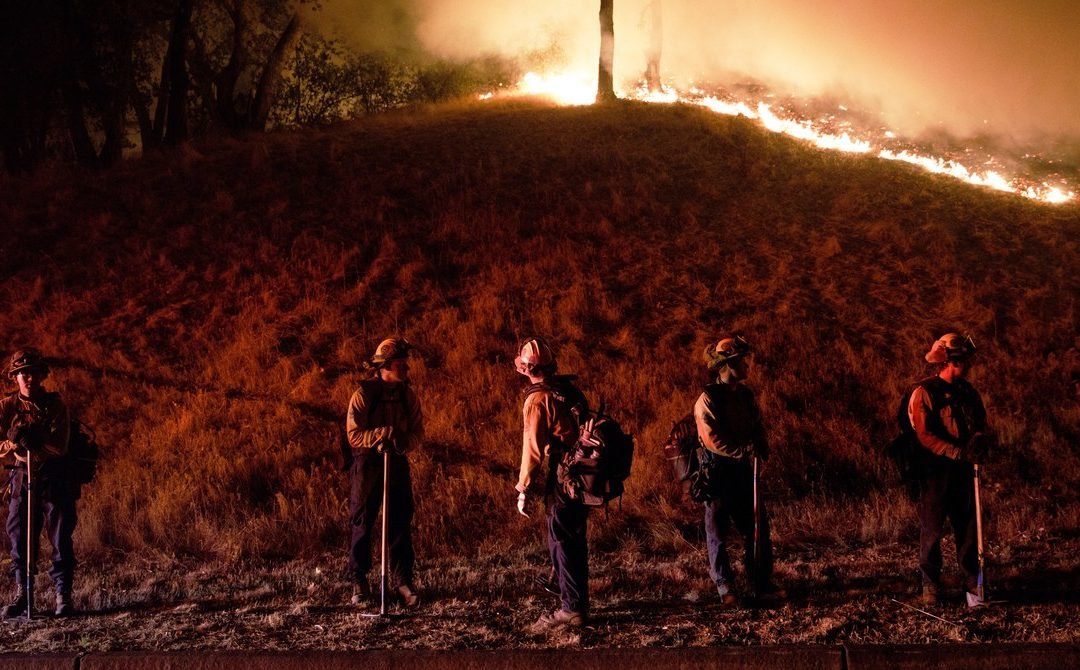 Every generation claims an event that defines it more than any other—winning a World War, or landing humans on the moon, or tearing down the Berlin Wall. But at this very moment, we have the dubious honor of living through an event whose impact will span generations: climate change. Never before has our kind faced such omnipresent peril, from supercharged storms to rising seas to drought to crop failure to biodiversity crises.

In California, the consequences of this species-defining peril are playing out with unprecedented drama before a populace in a state of downright disbelief. North of San Francisco, 100-mile-per-hour wind gusts doubled the size of the Kincade Fire to 54,000 acres over the course of a single Sunday afternoon, and the blaze now stands at 66,000 acres. The conflagration has destroyed nearly 100 structures and threatens 80,000 more, forcing 200,000 people to evacuate. Firefighters’ efforts at containment slipped over the weekend from 10 percent to 5 percent, with full containment not expected until November 7—it could well burn all the way to the coast, 25 miles from the source of ignition last Wednesday.

Just to the south, a fast-moving wildfire spewed an ominous cloud of smoke that enveloped the Carquinez Bridge. And down in Southern California, the Getty Fire broke out early Monday morning, rapidly consuming 500 acres and threatening thousands of homes. Not far away, the Tick Fire has seared thousands of acres, resulting in devastating scenes of families fleeing for their lives. All told, over a dozen simultaneous fires are turning paradisiacal California into a surreal kind of underworld, threatening hundreds of thousands of lives directly, and indirectly compromising the respiratory health of still more in metropolises downwind, like the San Francisco Bay Area.

It’s no coincidence that these wildfires are all burning at once. Climate change has stolen the rain that normally would rehydrate the state at this time of year. Seasonal winds blowing from the northeast have sucked out what little moisture that vegetation still holds after a dry summer, turning whole landscapes into tinder. A single spark can ignite a wind-driven wildfire that moves with such speed, firefighters can’t safely confront it, even from the air, as flame retardants dropped from planes and helicopters blow off course in the gusts. Mounting evidence is also suggesting that climate change is creating ever-fiercer windstorms that tear through California. The result is what fire historian Steve Pyne calls the Pyrocene: climate change and land misuse conspiring to create a unique period in Earth and human history, a sort of Ice Age, but with flames.