Can Being Reminded of My Death Improve My Life? 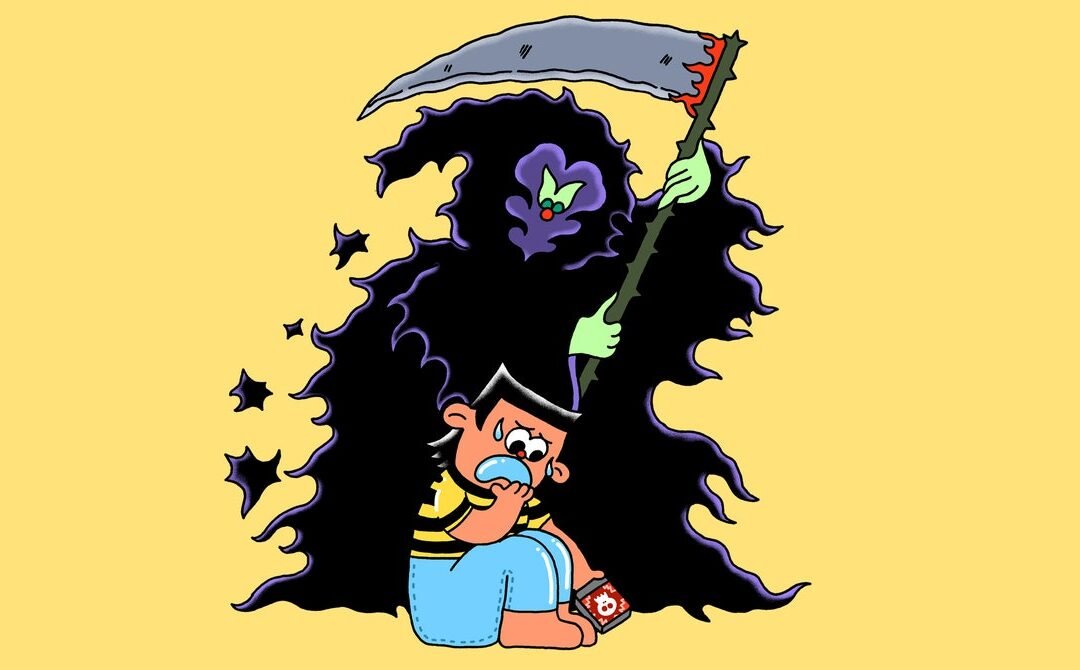 Lately I’ve been feeling like life is passing me by, so I downloaded an app that reminds me five times a day that I’m going to die. I thought it would help me accept my mortality and focus on what really matters, but it just makes me anxious. Is there something wrong with me? Is being anxious the point? Do you think these apps can be helpful?

I don’t think there is something wrong with you. Or rather, you seem to be suffering from a problem that is endemic to the whole of humankind, a species with an almost limitless ability to live in denial of the one inevitability. Even explicit reminders of our demise—be it the death of a loved one or a phone notification—fail to inspire a fear and trembling worthy of the abyss and instead suffuse our lives with a vague disquiet, an ambient dread. “Death,” as W. H. Auden put it, “is the sound of distant thunder at a picnic.” That is, incidentally, one of the quotes featured by WeCroak, the app I presume you are using, which accompanies its death reminders with nuggets of literary wisdom from Kierkegaard, Pablo Neruda, Margaret Atwood, and others.

We live in an age of slo-mo crises, those that unfold at a tempo that makes them easy to ignore. Social security dwindles year after year. The glaciers are melting faster, but still at glacial speeds. The seas are warming at a rate that could boil alive the proverbial toad. Death lurks behind all of them. Occasionally, the direness of our predicament is made real through a natural disaster or a UN climate report, but the alarm bells fade with the rhythms of the news cycle. The Doomsday Clock—arguably the most deliberate attempt to keep our focus on these threats—is currently perched at 100 seconds to midnight, putting us at roughly a minute and a half, in the timescale of existential risk, from our final demise.

Death-reminder apps are essentially a Doomsday Clock for the individual. In fact, some of them contain actual clocks so that you can watch, in real time, your remaining hours slip away. The Death Clock, a website that’s been active since 1998, predicts the day of your death, though its estimations are based on somewhat crude data points—your age, BMI, whether you smoke. Several years ago, the horror film Countdown imagined an app that was able to intuit, down to the second, the time of a person’s death, with the user agreement serving as a deal with the devil. (The film’s tagline: “Death? There’s an App for That.”) The movie inspired a real-life app built on the same premise—minus, obviously, the supernatural knowledge, but it freaked out enough people to get temporarily booted from the App Store.

WeCroak is not quite so morbid. Its inspirational quotes about mortality are meant to remind users to pause and take stock of what they’re doing, a sort of companion to the many mindfulness apps. Its cofounder came up with the idea while in the throes of a Candy Crush addiction, and many users have remarked that the app, which tends to interrupt those hours whiled away on Twitter or TikTok, has forced them to confront how much of their lives is wasted on social media. The product, in other words, belongs to that ever-expanding category of technology that is designed to remedy problems that technology has created. If digital platforms remain our most reliable distraction from the crude facts of our mortality—so the logic goes—perhaps we can channel the same tools to break through those psychological buffers and deliver us to a more enlightened comfort with our impending demise.

WeCroak, as you may already know, is partly inspired by a Bhutanese folk saying that claims that happiness can be achieved by contemplating death five times daily. Bhutan has often been ranked as one of the world’s happiest countries, and WeCroak seems to be trading on a casual exoticism that is not uncommon in mindfulness culture, presenting Eastern traditions as the antidotes that will finally free us from the trance of modernity. The fact that it has only increased your anxiety, however, is not at all surprising to me. It’s not so easy to simply will yourself to confront a truth that you’ve been acculturated to ignore. (If anything, the notion that we can reverse the entire current of Western mortality denial with a free app is more a symptom of our technological hubris than its tonic.) The Bhutanese practice of contemplating death has grown out of a larger cultural context that does not shirk from mortality, as evidenced by the country’s elaborate funeral rites and the tradition of observing a 49-day mourning period. Bhutan’s dominant religion, Buddhism, teaches that transcendence hinges not on escapism but on accepting the brute facts of existence—namely, the fact that life itself is suffering.