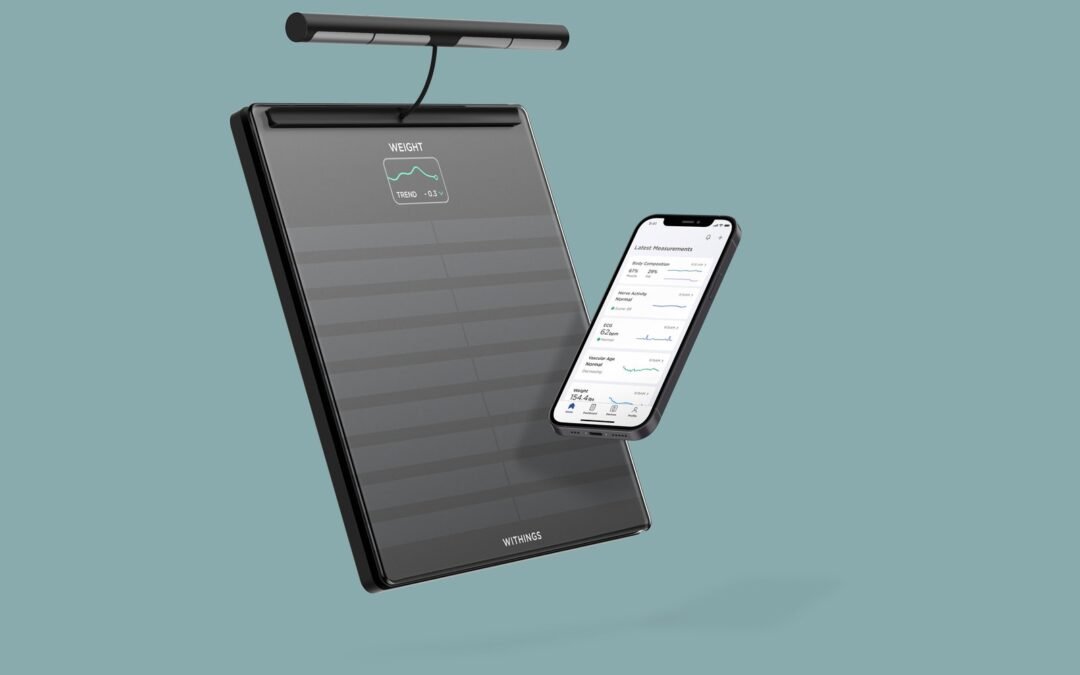 Late last year, Tile CEO CJ Prober accused Apple of becoming a runaway monopoly with the release of AirTags, saying that Apple had restricted Tile’s access to Apple’s Find My app. This year, rival company Chipolo announced a wallet finder that works exclusively with Apple’s Find My app. The slim, dark Card Spot is designed to slide in your wallet against your bank cards. In addition to Lost Mode, it also has a new “Notify When Left Behind” feature in iOS 15.

Tile isn’t taking this news lying down. This year, it announced that Lenovo’s new Thinkpad X1 line will be findable via Tile, which follows 2020’s announcement that HP would be introducing new PC devices that also incorporated Tile’s thing-locating technology. That begs the question: What do you need more, your wallet or your phone? And do you need to find your stuff in this reality, or an augmented one? Only time will tell.—Adrienne So

When I first tested the Amazon Halo, a fitness tracker which uses digital full-body scans to determine your body fat percentage, the concept seemed alarmingly invasive. However, we may all be viewing ourselves in much greater detail sooner than you think. Withings makes some of our favorite stylish and easy-to-use health equipment. At CES 2022, it unveiled the Body Scan, a piece of attractive, tempered glass that monitors biomarkers like your heart rate, vascular health, and (ahem) “segmental body composition.”

Body Scan is a glass platform containing four weight sensors and 14 ITO electrodes, and a handle with four stainless steel electrodes. The battery lasts for a year per charge and displays your stats on a high-resolution 3.2-inch LCD color screen. In addition to precise, granular fat/water analysis of all your favorite limbs, the Body Scan also measures your sweat gland function to see if your nerves are working properly, as well as heart health. If you want one soon, it may take awhile.

Withings stands out among health companies for applying for clearance from the U.S. Food and Drug Administration, instead of just selling equipment covered in disclaimers. If you’re going to get a full body scan, it might as well be from a company that you can trust that makes equipment that looks good. —Adrienne So

OLED (“organic light emitting diode”) display technology allows perfect black levels; because each pixel in the display acts as its own backlight, those pixels emit no light at all whenever they show a black tone. That’s why an increasing number of high-end TVs and mobile phones sport these advanced displays each year. One thing I’ve been waiting for are tiny, super low-power OLED screens for wearables and other devices. Scientists at the Fraunhofer Institute for Organic Electronics, Electron Beam, and Plasma Technology FEP have successfully made them.

These teeny tiny new OLED displays could usher in a whole new look for consumer electronics in the future, with more interactive buttons, instructions, and various other features that lack the backlight glow associated with current screens that size. As I write this I’m staring at an audio mixer that has traditional LED-backlit display, knowing how much sharper this technology could make it look when the lights go off. Here’s hoping for commercial applications soon. —Parker Hall

A Backpack You Can’t Lose

Apple’s “Find My iPhone” feature has been around for a while, helping owners locate misplaced or stolen phones using GPS to show their location. Targus is bringing the tech to its newest Cypress Hero Backpack. You can now use the Find My app to pinpoint the backpack’s exact location—and if you lose your iPhone, you can also press a button inside the backpack to ping it.