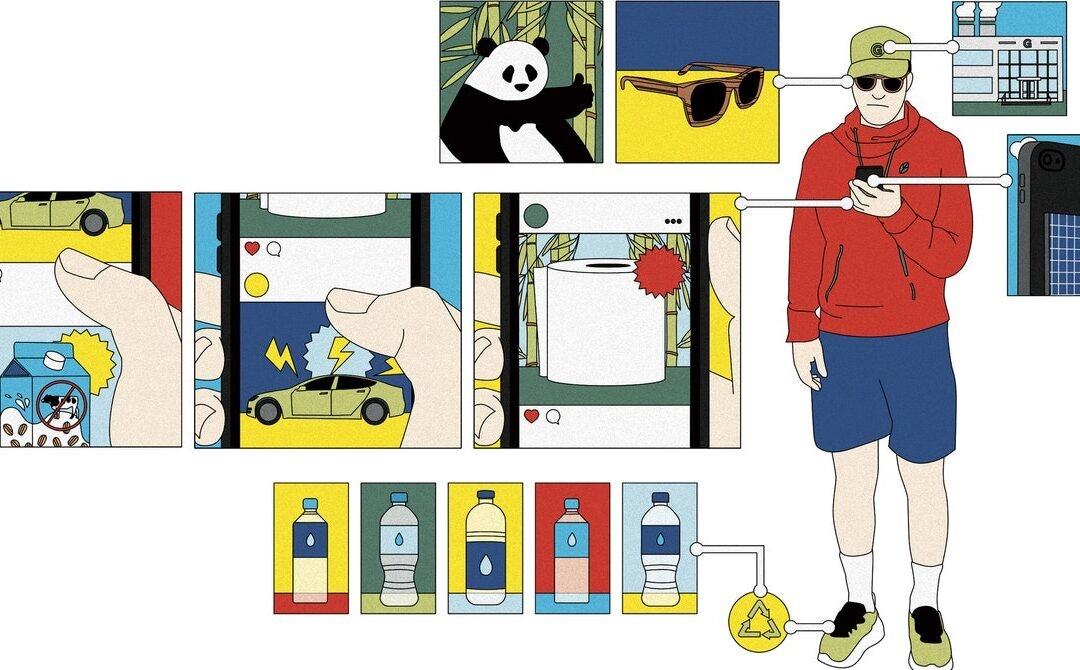 I had wondered what shape my midlife crisis would take. I don’t drive, so a convertible was out. I don’t want to learn the guitar or collect vintage tube amps. When I asked my wife whether I should have an affair, she just looked at the ceiling and then went back to helping me get my prescriptions refilled. That left the obsessive-nerd option: getting really, really into climate change.

It started with climate modeling. What the climate modelers do is use software to divide the atmosphere and oceans into imaginary cubes, then define what happens inside each of the cubes over time. Then they make the cubes talk to each other. It’s like a less enjoyable Minecraft. I don’t understand most of it.

But much of the data is free to download, and I love a bargain. I had a good time messing with the opaque sets of latitudes, longitudes, and scientific measurements, each variable representing at least a dozen PhDs. The inevitability of aging doesn’t sting so much when you can project a netCDF file onto a 3D-rendered globe so that it shows how many days per year a given location will be above 32 degrees Celsius (hot). Making the globe, I felt a sense of control. And isn’t that a kind of fun?

Going deeper into Climateworld, I read The Great Derangement and The Collapse of Western Civilization. I read Drawdown: The Most Comprehensive Plan Ever Proposed to Reverse Global Warming. I clicked through different organizations’ climate websites, from the United Nations to Chester County, Pennsylvania. What I kept finding were frameworks—and countless PDFs. So many nicely formatted, map-laden, chart-packed, grant-funded artifacts of bureaucratic love. My computer was bursting with them.

Well, all right, I thought. You can’t spend your midlife crisis reading books and PDFs. And humanity can’t fight off something this huge with a framework. Where’s the action?

I started to attend webinars, join Slack groups. People generally mentioned Patagonia as a good climate actor, then sort of trailed off. I looked where investors were funneling their money. The big dollars went straight to established players in clean energy—Tesla for its batteries, Plug Power for its hydrogen fuel cells. What about newer arrivals? I made a list of all the interesting climate startups, around 2,000 of them, and turned it into an ebook so I could read it on my phone at night.

Sometimes, as I scrolled down the list, a big investment would catch my eye—$60 million for a company that promises to take carbon dioxide out of the air, $68 million for one that will turn it into fuel and materials. But the funding thins out quickly. It’s easy for investors to get distracted; there are just so many butter knives we could wield against the dragon of global collapse. We have new strategies for recycling, new ways of keeping the sun out of the house, electricity from kites, analytics firms that use machine learning to fix insurance, companies that want to connect millennials with ecological brands. And every one seems sure that they are the solution, that they will help us cross the threshold into degrowth. They know the answer.

I began to feel a strong sense of déjà vu. I couldn’t place it until, one night, in the glow of the e-reader, I realized: It’s Web 1.0 all over again. We are in the Pets.com-puppet-mascot era of climate. The comedy of the technology industry is playing again as a kind of Ibsenian tragedy: Scientists and academics told everyone about this thing for decades, and almost everyone ignored them. But then enough people got interested, and now there’s a market. And as a result there are a million business models, a million solutions, huge promises of the change to come: We’ll pour everything we have into green-energy infrastructure. We’ll transact in carbon marketplaces. We’ll pull a trillion tons of CO2 out of the air every year. Never mind that today we can do about 0.0005 percent of that, which rounds to nothing.