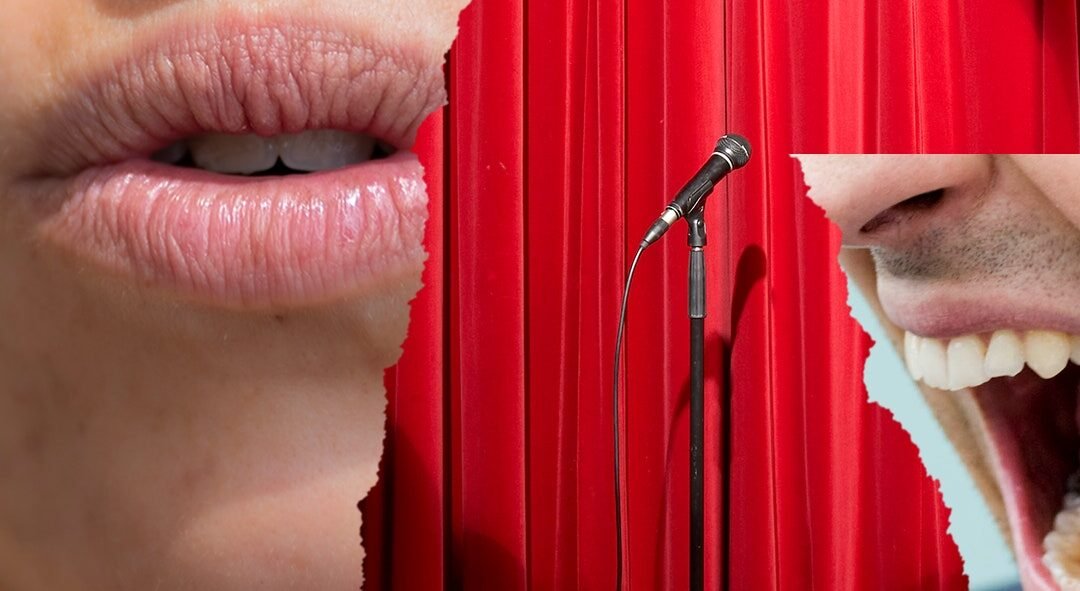 After just two months on Clubhouse, I finally understand how Theranos happened.

While articles, books, and films have covered the saga in excellent detail, some of my curiosity lingered: How could we be bamboozled by bullshit of that size and scope? I am curious no longer.

After surfing hundreds of rooms on the popular new social media app, I’ve been exposed to dozens of clones of Theranos and Elizabeth Holmes, some of them running companies that have (allegedly) raised tens or millions of dollars.

Clubhouse is a sort of audio Reddit, a throwback to the internet’s message board days, when exchanges were confined to singular spaces rather than the open-air experiences of Twitter and other platforms. Its distinct use of audio communication also creates unique opportunities and challenges.

Clubhouse users interact in “rooms.” In each room is a “stage,” where individuals can talk, and an “audience” full of people just listening, muted. Audience members can “raise their hand” and be brought onstage. Perhaps most important, rooms are started and governed by “moderators,” in charge of setting the stage, and ideally, curating the conversation.

The tech sector was the first to migrate to Clubhouse during the spring and summer of 2020. Though it has since expanded to many different subcultures and millions of users, the Silicon Valley signature remains strong. Among those who frequent the scene are the biotech companies that I’ve come across, the ones I call clones of Theranos and Elizabeth Homes.

On stage, these startup owners confidently utter things that either cannot possibly be true or are based on technologies with logical gaps so enormous that no informed person would bother investing as much as a Monopoly dollar.

I hear about reversing the aging process based on broken knowledge of cell biology, gene modification based on wild takes on quantitative genetics, artificial intelligence to cure Covid-19 without either a decent handle on the natural history of infection or the basics of how AI actually works.

When on stage during these exchanges—and able to speak—I mostly hold my tongue, even as my eyebrows undulate in skepticism or confusion.

Occasionally I’ll ask a C-level executive a probing (but friendly) question or two about basic, foundational things about how the technology works, and I’m greeted with a barrage of “I’ll get back to you,” “that’s a good question,” or the best: “Well, we’ll be able to address that after the next round of fundraising.”

The biotech sphere isn’t Clubhouse’s only arena of Theranos-level bullshit. Charlatanism lives in many rooms, including the ones that brought me onto Clubhouse in December: debates around Covid, and especially the vaccine. Since late fall, panels of physicians and scientists have utilized Clubhouse as a way to answer questions and keep communities informed. This is especially true for Black physicians and scientists, who spread information after early data that suggested that African Americans were relatively resistant to getting the vaccine.

Much of Clubhouse’s dynamism can be found in a lively Covid-19 discussion. There are eager and curious people with perfectly valid questions about the safety of the vaccine. There are skeptics who have been lost in a web of YouTube-inspired science fiction about vaccines infused with nano robots. And then there are people who actively attack medical and scientific expertise, and its purveyors. For example, I’ve been threatened with physical harm, criticized for pushing a “European education agenda,” and chastised for pushing a “Stalinist medical agenda.”

The misinformation and grifting doesn’t end there: On Clubhouse, there are “geneticists” whose main claim to fame is in putting a battery in the back of white supremacists, “quantum experts” who speak of alien intelligence, and “scientists” who argue that aging is a singular disease whose death burden can be compared to that of Covid.