Could Carbon Dioxide Be Turned Into Jet Fuel? 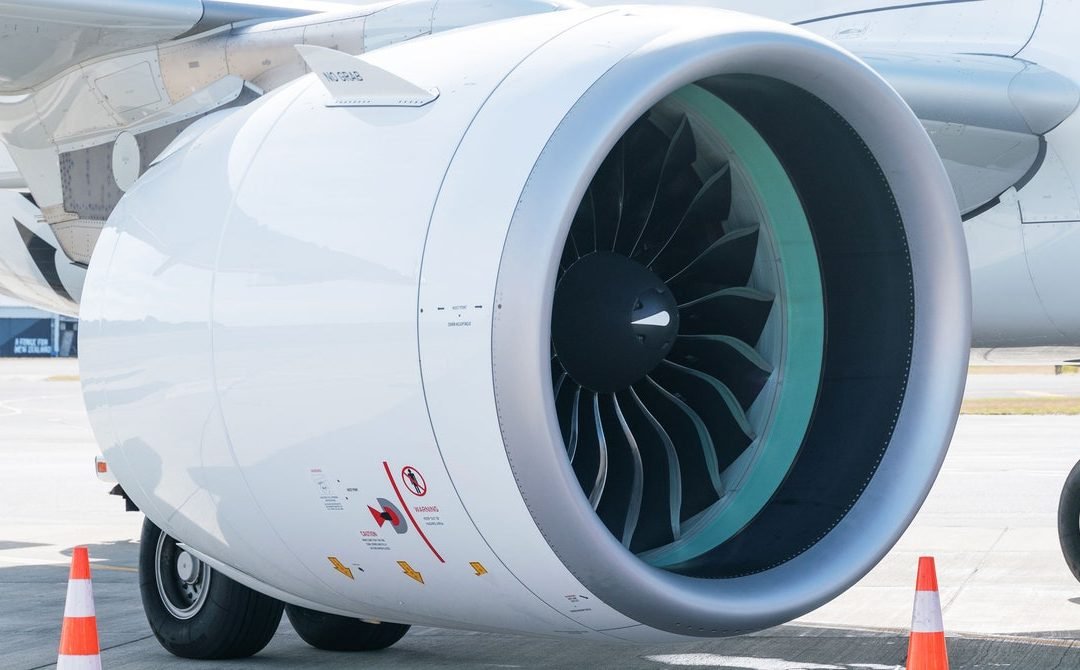 The aviation industry has been looking for ways to reduce its global carbon footprint for the past decade, such as purchasing so-called carbon offsets—like tree-planting projects or wind farms—to make up for the carbon dioxide spewed out by high-flying jets. At the same time, airports in San Francisco, Chicago, and Los Angeles, along with a dozen in Europe, are fueling planes with greener alternative fuels to help reach carbon-reduction goals.

Now a team at Oxford University in the United Kingdom has come up with an experimental process that might be able to turn carbon dioxide—a greenhouse gas emitted by all gas-burning engines—into jet fuel. If successful, the process, which uses an iron-based chemical reaction, could result in “net zero” emissions from airplanes.

The experiment, reported today in the journal Nature Communications, was conducted in a laboratory and still needs to be replicated at a larger scale. But the chemical engineers who designed and performed the process are hopeful that it could be a climate game-changer.

“Climate change is accelerating, and we have huge carbon dioxide emissions,” says Tiancun Xiao, a senior research fellow at Oxford’s Department of Chemistry and an author on the paper. “The infrastructure of hydrocarbon fuels is already there. This process could help relieve climate change and use the current carbon infrastructure for sustainable development.”

When fossil fuels like oil or natural gas burn, their hydrocarbons are turned into carbon dioxide, and water and energy are released. This experiment reverses the process to turn carbon dioxide back into a fuel using something called the organic combustion method (OCM). By adding heat (350 degrees Celsius, which is 662 degrees Fahrenheit) to citric acid, hydrogen, and a catalyst made of iron, manganese, and potassium to the carbon dioxide, the team was able to produce liquid fuel that would work in a jet engine. The experiment was done in a stainless-steel reactor and only produced a few grams of the substance.

In the lab, the carbon dioxide came from a canister. But the idea for adapting the concept for the real world would be to capture large amounts of the greenhouse gas from either a factory or directly from the air in order to remove it from the environment. Carbon dioxide is the most common of the planet-warming greenhouse gases, and it is produced by factories, cars, and wood burning, including forest fires and slash-and-burn agriculture. Keeping it out of the atmosphere might help reduce global warming, although the world’s carbon emissions have been rising for the past few decades and are on a path to warm the planet by 2 degrees Celsius by the end of the century.

Xiao and colleagues say the new method would also be cheaper than existing methods that turn hydrogen and water into a fuel, a process called hydrogenization, mainly because it would use less electricity. Xiao foresees installing a jet fuel plant next to a steel or cement factory or a coal-burning power plant, and capturing its excess carbon dioxide to make the fuel. The process could also involve sucking carbon dioxide out of the atmosphere, something called direct-air capture. The catalyst that does the trick is abundant on earth, and it requires fewer steps than other methods of synthesizing high value-added chemicals, the authors say.

One expert who was not involved in the experiment says the concept appears to be promising, as long as the authors can figure out how to go from producing minuscule amounts of the jet fuel in the lab to making larger amounts in a pilot plant. “This does look different, and it looks like it could work,” says Joshua Heyne, associate professor of mechanical and chemical engineering at the University of Dayton. “Scale-up is always an issue, and there are new surprises when you go to larger scales. But in terms of a longer-term solution, the idea of a circular carbon economy is definitely something that could be the future.”