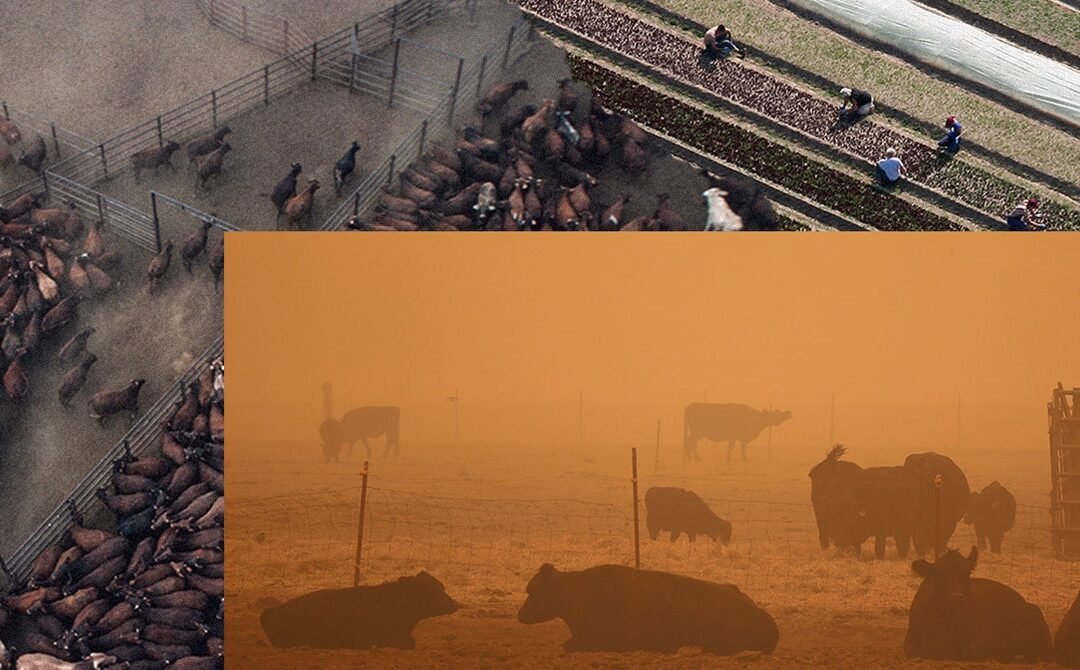 There are two problems with this approach. First, the promises of technologies meant to reduce emissions from agriculture often far exceed what they can actually deliver. For instance, as Matthew Hayek and I wrote in WIRED earlier this year, widely publicized claims that feeding cows algae feed additives could cut their emissions by 80 percent actually work out to be closer to 10 percent when you take into account when and under what conditions you can change a cow’s diet. Biodigesters, meanwhile, are very expensive and only address the 10 or so percent of agricultural methane emissions that come from manure. And whether either of these can be massively scaled is an open question. With these realities in mind, the modest 18 percent decrease in emissions from currently available technology outlined by the Breakthrough Institute’s report looks dubious. But even if its more ambitious goal of developing new technology that reduces beef’s methane by 48 percent were to work, the resulting emissions would still be higher than the currently worst-emitting pork and chicken, and well over twice as much as plant-based meats and four times as much as tofu. The clean cow, in other words, is a lame duck.

What good is investing in technologies to reduce emissions if their sources are industries that should be phased out rather than saved?

The second issue with this techno-optimistic approach is that even if these technological fixes are as effective as promised, they will perpetuate a food production system that will continue to be harmful to animals, workers, and the planet. There are scores of other impacts of beef production, including overgrazing of land, deforestation, harmful runoff and odors, animal welfare issues, and the treatment of workers in slaughterhouses. What good is investing in technologies to reduce emissions if their sources are industries that should be phased out rather than saved? Indeed, an exclusive focus on emissions reductions in food systems can lead to potentially far worse outcomes, like replacing high-emitting beef with lower-emitting chicken. Chicken production emits relatively little, but it does so at the cost of cramming animals into factory farms, where they suffer horribly, are more prone to disease outbreaks, and can be pumped full of antibiotics, contributing to the global crisis of antibiotic resistance.

Then there’s the technology-driven “solution” of alternative proteins such as plant-based and cellular meat. On the one hand, these products actually aim to create a more sustainable way of producing meat, both lowering emissions and removing many of the other harms of conventional meat production, including factory farms and slaughterhouses. Investing in the development of this technology might help usher in a far more ethical food system, one better for animals, consumers, and the planet. What the clean cow is to clean coal, clean meat is to renewables like solar.

But alternative protein still operates within the confines of existing, highly problematic systems. To realize its full potential in creating a better food system, we need to look beyond its advantages over conventional meat. The technology itself does little to address other major structural and ethical issues within the food system, including corporate concentration and the treatment of workers. As alternative protein companies break into the mainstream, many are being bought up by large incumbent food companies, including those they are ostensibly trying to disrupt. Most recently, the Brazilian cattle behemoth JBS invested $100 million in a Spanish cellular agriculture startup. Given JBS’s abysmal environmental record, this is hardly good news unless the company actively reduces its meat production to focus on alternative proteins.