‘Disruption’ Is a Two-Way Street 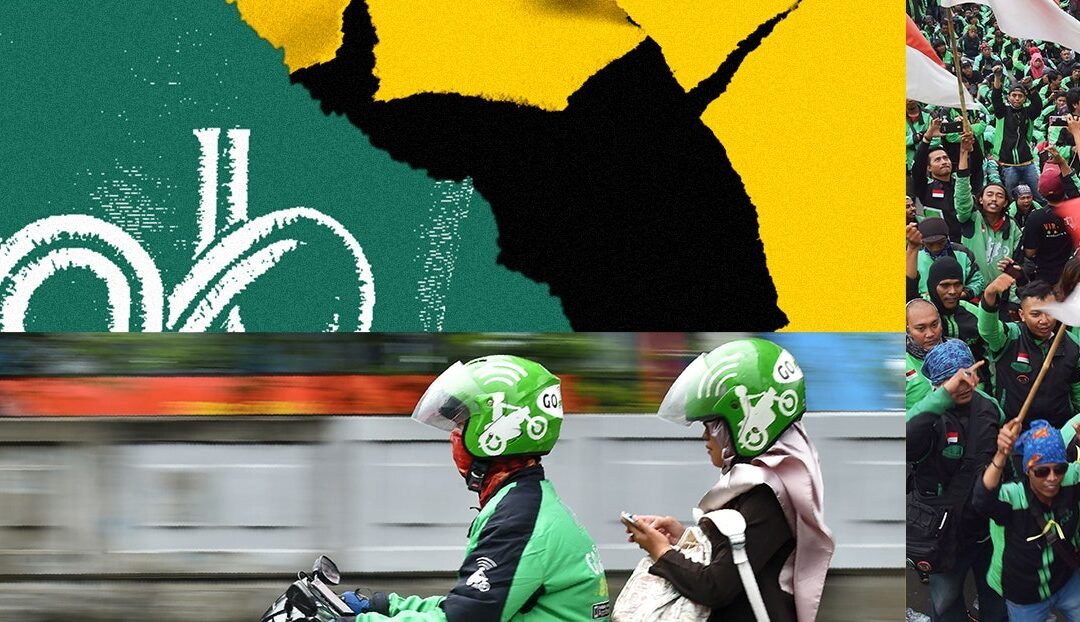 Big Tech as we know it was built on the ethos of subverting sanctity. Ideas, institutions, service delivery, how I make my chai—nothing could be beyond the reach of technological disruption. In this vision, the tech company was the lean, scrappy, innovative underdog taking on the powerful, entrenched status quo, freeing the consumer from the shackles of history.

But tech can no longer claim to be the underdog (if it ever could). So-called tech disruptors today have unchallenged access, funding, and regulatory support (or at least acquiescence). As the current hype of technological disruption reaches the markets of the Global South, it feels particularly distasteful for a group of Silicon Valley–trained, western-educated entrepreneurs with millions of dollars in funding to pitch themselves as the plucky innovators—and the auto-rickshaw drivers, delivery personnel, street vendors, and small corner store retailers (all earning less than $5 to $10 per day) as the mammoths that must be unseated.

Despite these glaring contradictions, the original myth of disruption is still alive, colonizing public discourse and reinforcing a techno-deterministic illusion. Companies evoke the image of a bloated, inefficient, or chaotic status quo. Technological intervention is framed as both necessary and good. Those “being disrupted” are reduced to passive recipients of whatever technological solution will be thrown in the mix. After all, if the social space is static, technology will have the power to change it, but never be changed in return. Disruption is sold as a one-way street and its positive connotations remain the sole preserve of the tech company.

But disruption does not just happen through venture capital and glitzy digital platforms. It’s happening through the users who build apps atop WhatsApp for their needs. Drivers who reverse-engineer a popular mobility platform’s matching algorithm to make their work life better. Farmers who strike against a smart city plan. The governments that place constraints on the use of a new technology. The streets that are too complex to be mapped. The physical infrastructure that restricts different types of connectivities. The scooters that get stolen from sidewalks.

In my own research on mobility platforms in Jakarta, I saw how users can develop rich social practices in response to new technologies, stamping their own identities atop the landscape of automation.

When mobility platforms Grab and Gojek launched, they were meant to disrupt the city’s existing motorbike taxi market by creating a driver workforce that was anonymized, efficient, and ever-circulating. Instead, Grab and Gojek drivers created thousands of vibrant grassroots communities using WhatsApp and DIY hangout spaces. Starting in 2016, drivers waiting for rides in the same areas started banding together to help each other through everyday crises of life on the road. Over time, these loose driver groups morphed into independent, cross-company communities, organized by drivers for drivers. Each boasts its own emblems, elections, uniforms, clubhouses, WhatsApp groups, vocabularies, and even emergency response services. Facing a technological intervention that tried to automate out relationships, drivers leveraged their identity as platform workers to build even more resilient relationships around the platform.

Local histories and cultures have always shaped pathways to tech adoption and success. Grab and Gojek driver communities too emerged from Indonesia’s local practices of mutual aid, community-centered DIY urbanism, and existing microcultures of motorbike taxi drivers. Such developments were completely unexpected by the designers and companies. Yet they have changed the way platforms function on the ground—not least by incentivizing drivers to prioritize community before work and anchoring them in their chosen basecamps.