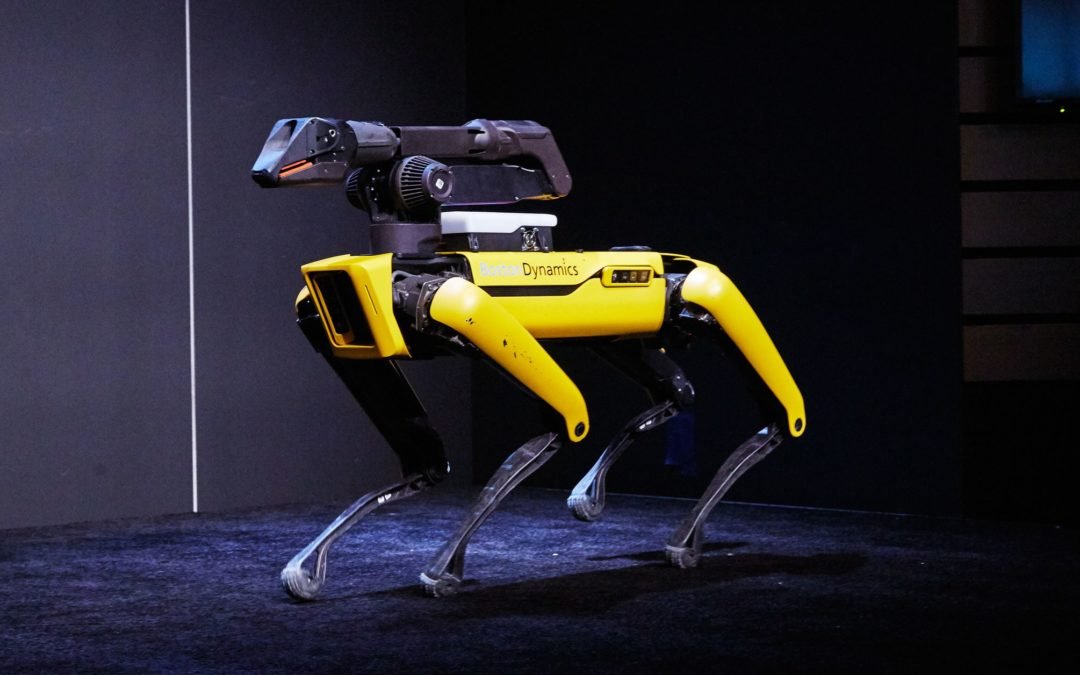 When Boston Dynamics shares a new robot video, my robophobia levels increase just a little bit. I don’t know why. There is something about these robots that get into the uncanny valley for me. This particular video is both fascinating and disturbing. It’s fascinating because here are a bunch of robots pulling a truck (not a pickup truck—a real truck). It’s disturbing because it shows a BUNCH of robots. That’s the beginning of a robot army.

Perhaps the best way to calm myself is to consider the physics. Analyzing situations such as this is exactly what I like to do. If I combine something I like (physics) with something disturbing (robot army) maybe I will be OK.

So, just how difficult is it to pull a truck like this? Is this something that only a robot can do, or could a small bunny rabbit also do it? The physics is mostly about friction. If you want to pull this massive truck, you both need high friction and you need low friction—yes, at the same time.

When you have two surfaces in contact with each other, there can be a lateral force that is parallel to their surfaces. This force is an interaction between the atoms in both materials. However, no one really wants to model in the interaction between 1026 atoms (or some huge number like that), so instead we just make a simpler model. A simple model of static friction works fairly well. It has the following features.

Mathematically, this frictional force can be expressed as the following:

OK, the less-than-or-equal part makes it pretty tough to deal with friction. But since we are looking at the extreme cases, we can say that the robots are at the maximum friction (or close to it). Here is a force diagram for the lead dogbot while it is pulling on the rope.

Yes, all of those forces should add up to zero vector force. That’s what you need to move at a constant velocity. Then why do you need to pull that truck at all? If you want it to move at a constant velocity, it shouldn’t need any pulling force? Right? Yes, in an ideal situation you wouldn’t need to pull the truck at all (once you got it moving). However, in this case there is also a frictional force on the truck. Also, this is not on flat ground (but I will get to that shortly).

Let’s estimate this maximum pulling force from one SpotMini robot (that’s what they are called). According to Boston Dynamics, the robot has a mass of 25 kg. This means the weight and the normal force (since it’s on flat ground) would be equal to 245 Newtons. Assuming a coefficient of 0.7 for the interaction between rubber and asphalt, the maximum frictional force would be 171.5 Newtons per bot. For 10 robot dogs, this would be 1715 Newtons. That’s fairly significant.

But why do you need to pull with any force? It’s not because the truck is heavy; it’s because there is also a frictional force on the truck. The truck isn’t sliding, it’s rolling. So we call this “rolling friction.” It basically works the same way as normal friction, but it’s actually due to the deformation in the tires and the friction in the wheel bearings as the truck rolls. It’s pretty tough to estimate the coefficients (because it depends on lots of things), but I can do it anyway. This site lists the rolling coefficient of friction at around 0.02 for a tire on asphalt. Notice that this coefficient is much lower than the static coefficient for the robots.

OK, I could draw the same diagram for the truck that I did for the robot. The only difference would the replacement of legs with wheels and the directions of the forces. In this case the frictional force is to the left and the tension in the rope is to the right. If you look at the video very carefully, you will see the GVW (gross vehicle weight) right there on the side of the truck. It lists a value of 26,000 (pounds) which is equivalent to 11793 kilograms. With this mass and rolling friction coefficient, you would have to pull with a force of 2311 Newtons. That’s pretty close to the estimated friction from the robot dogs (maybe my values for the coefficients are off).

What about pulling a truck uphill? Yes, that is much harder. However, going up hill has LESS friction. Let me draw an exaggerated incline with the forces on the truck.

But wait! The same thing happens for these ten robot dogs. They also have a decrease in the frictional force needed to pull the truck up the incline. So does this suggest that it’s just as easy to go up an incline as to go horizontal on flat ground? Nope. There is one other thing to consider. When going up hill, you don’t just have to pull against friction but you also have to fight against a component of the gravitational force. Yes, at a 1 degree incline it might seem tiny. But the component of the gravitational force from the truck would be 2017 Newtons. This is almost as much force as the robodogs need to pull to overcome the rolling friction.

OK, so how can we make it work? Clearly the robots are pulling the truck. Here are the things we could change:

With these new values, the 10 robots can pull uphill with a total force of 2204 Newtons (I’m ignoring the extra force the robots need to get themselves up the hill) and the truck needs 2442 Newtons. Close enough.

Hold on. Why am I helping the robots figure out this physics stuff? Shouldn’t the robots be helping me? Is this just the first step of the robopocalypse?!