Facebook’s Fall From Grace Looks a Lot Like Ford’s 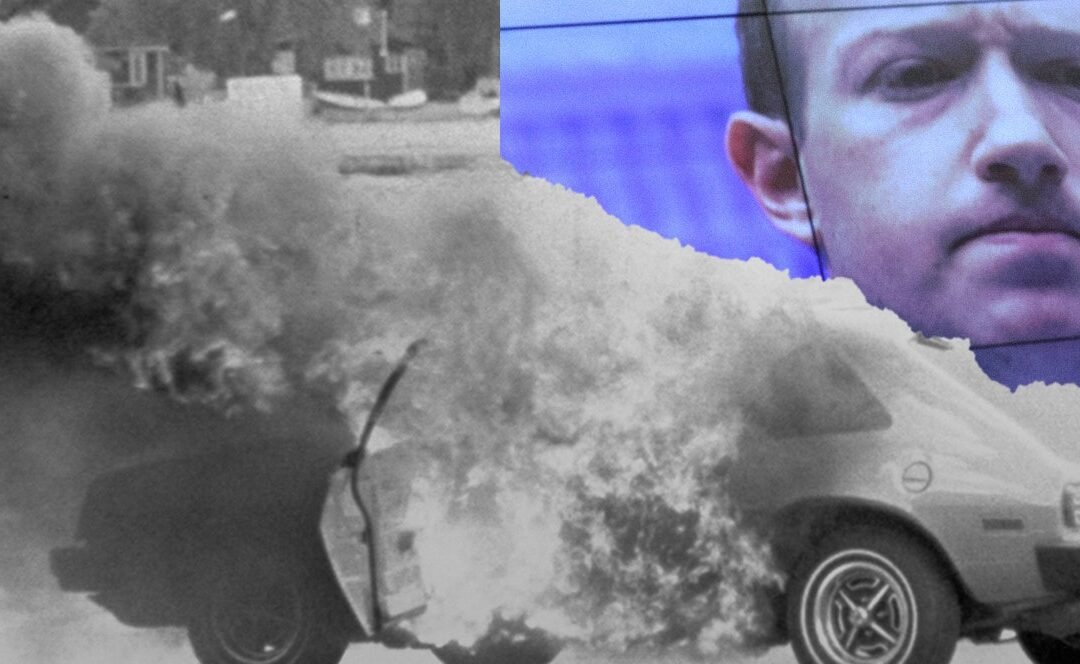 But the idea that Facebook’s technological underpinnings are supposedly so complex that they cannot be audited, and its business model so fast-moving that it cannot be slowed, is finally being overtaken by its undeniable dangers. A series of disastrous outcomes, from political manipulation of free elections to violence against minoritized populations to harm for young people, and even public health disinformation prolonging and worsening a pandemic, have destroyed the pleasant fiction that the company’s products produce a net positive for society.

In the case of the US auto industry, the need for not just regulation but also an enforcement agency to ensure compliance was similarly not immediately obvious. The necessity and wisdom of proactively regulating that infrastructural technology, instead of relying on the fiction that consumer choice was the primary mechanism for harm avoidance, was recognized only after decades of damage and years of whistleblowing and investigative journalism.

Like ubiquitous internet platforms, Detroit of the mid-20th century produced something most Americans felt they could not live without and quickly became dependent on. As suburban sprawl enveloped the areas around cities, racist resource allocation hollowed out urban centers and encouraged white flight. As a result, having one or more cars was increasingly a necessity to an ever larger number of Americans. State and federal government resources went toward creating ever more and wider roads to ensure that automobile traffic grew unchecked, even—or especially—at the expense of those who could not afford automobiles or who were structurally forbidden from moving out of neighborhoods increasingly cut in half and destroyed by eminent domain attempts to procure more land for the highways in and out of cities.

At this point in time, the Big Three also seemed unstoppable, rolling over the US landscape with the help of powerful business and government interests, while also illegally colluding with each other, and against public interest and public safety, for ever greater profits.

When the bombshell findings in lawyer and activist Ralph Nader’s 1965 bestseller Unsafe at Any Speed began to explode into US public discourse, auto executives lined up before Congress. They told the American public and those who represented them that they were doing their best to make cars safer and less polluting and that there was little they could do to immediately undo the harms produced by their product. Executives downplayed the scale of the public safety crisis and often claimed to be unaware of the extent of their products’ harms to consumers. Their answers were, of course, largely a charade aimed at saving profits and staving off regulation for as long as possible. The president of Ford at the time, Arjay Miller, recounted in vivid detail how his Lincoln Continental was safe enough to save his life when he got into a freeway accident—the doors didn’t jam, the gas tank didn’t explode, and Miller escaped unharmed. He pledged to ensure Ford did all they could in the coming years to improve safety even further.

But for years after that, Ford instead cut corners on safety, producing cars like the Ford Pinto that removed key safety features in order to get to market quickly and hold down manufacturing costs to reap maximum profit. In 1977, the infamous Ford Pinto “memo,” which was uncovered by Mother Jones investigative reporters, detailed the company’s horrifying cost analysis of past and future accidents. According to the memo, the gruesome deaths and full-body burns suffered by Pinto occupants in rear-end collisions amounted to an acceptable loss because, once lawsuits or other settlements were paid out, they would amount to less than the cost of fixing the Pinto design to prevent the gas tank from exploding. The cost of fixing the design was $11 per car. After public and governmental pressure, it was eventually implemented through a recall demanded by the recently created National Highway Traffic Safety Administration.

Today, a similar scenario is playing out in the realm of Big Tech—a term that has become shorthand for ad-driven platforms and internet-enabled arbitrage companies that lower the cost of goods and services by squeezing both workers and consumers. Whistleblowers from multiple companies, most of them women and many of them women of color, have stepped into the role Nader occupied in the ’60s—from Ifeoma Ozoma, who stood up to Pinterest and subsequently worked to create legislation to ban the abusive practice of nondisclosure agreements for whistleblowers in California, and Timnit Gebru, who alerted the world about Google’s lack of commitment to AI ethics in practice, to Sophie Zhang and now Frances Haugen. In each case, the companies have similarly attempted to silence, fire, or discredit these workers, reserving their harshest treatment for women of color.

The need for changing the power structures of this sector are critical not just for society but also for democracy: As Haugen’s testimony last week showed, Facebook marshaled its massive profits not toward fixing known problems but toward avoiding being perceived as having caused those problems. And just like Arjay Miller, Mark Zuckerberg has said whatever is needed to delay and deflect regulation.