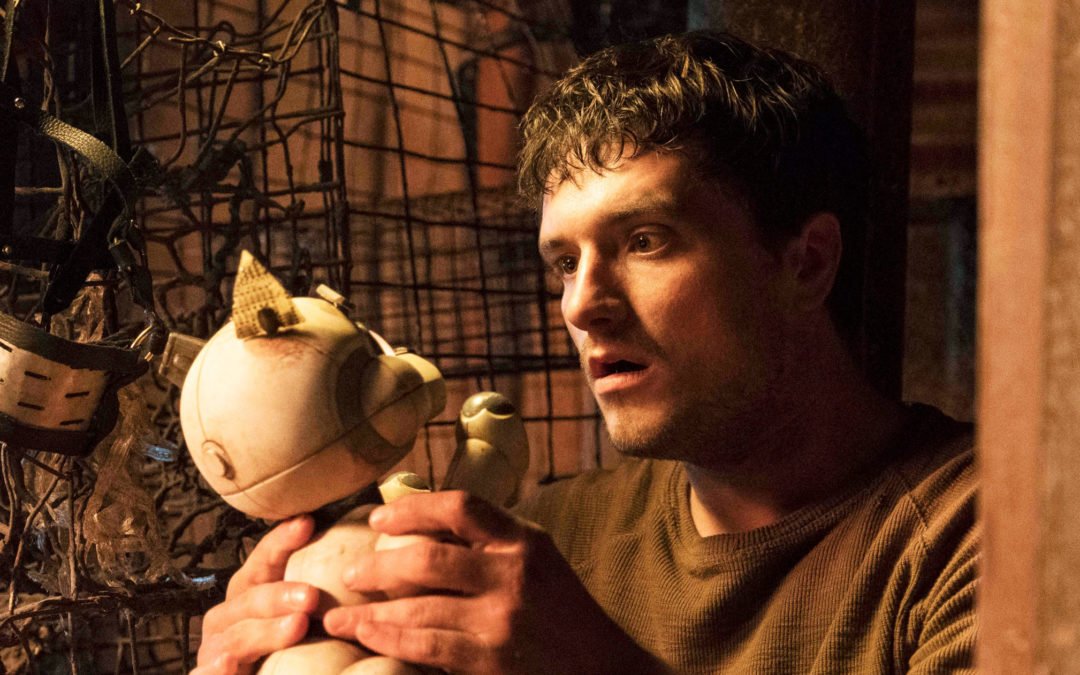 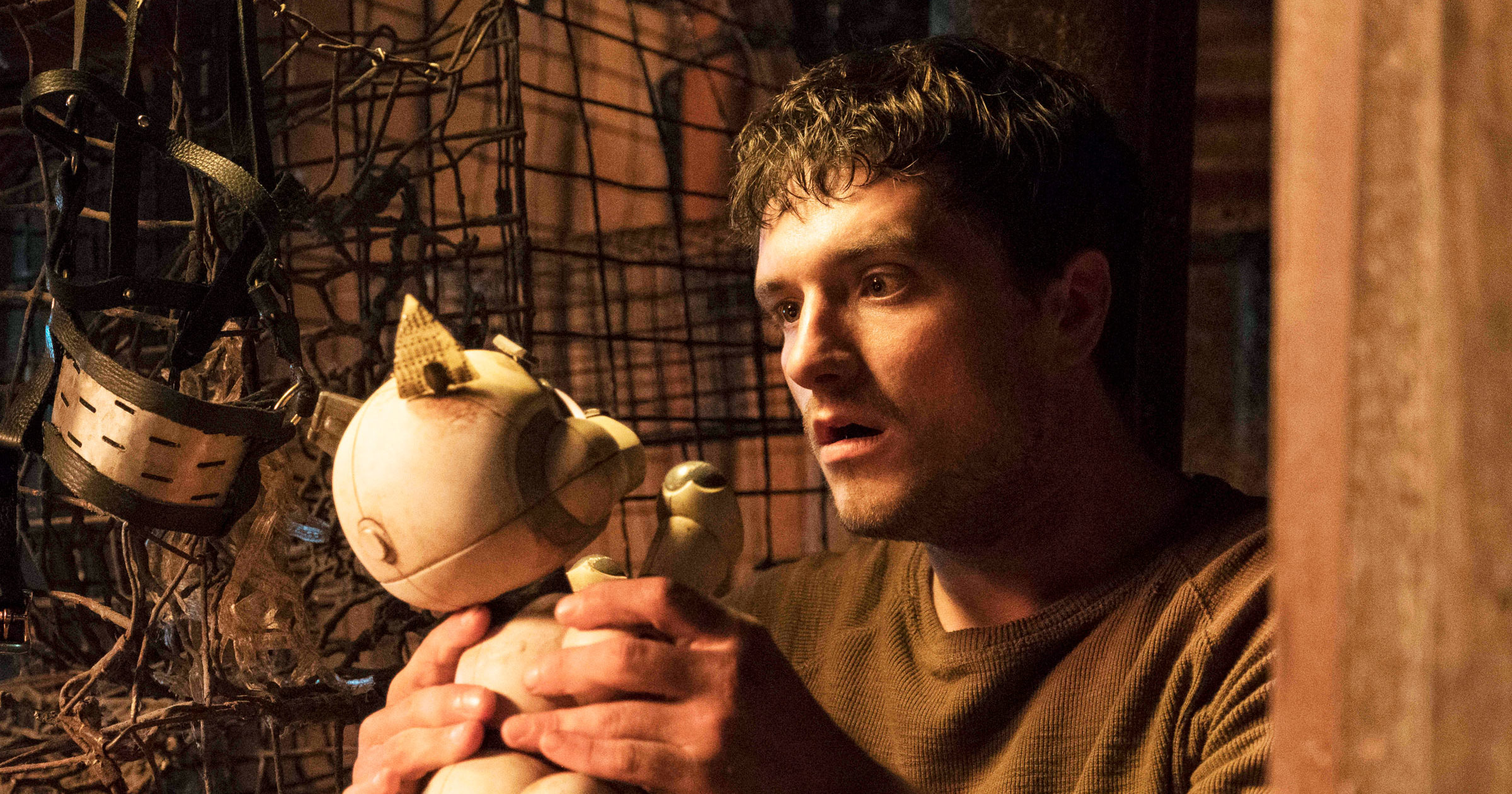 The Hulu series Future Man, about an underachieving gamer who gets recruited by soldiers from the future, combines the time-travel adventure of Back to the Future with the gross-out humor of There’s Something About Mary. Science fiction author Tom Gerencer was amazed by the show’s edgy humor.

Sci-fi comedy is hard to pull off, and recent attempts like The Orville are uneven at best. But Future Man is surprisingly consistent when it comes to delivering laughs episode after episode.

“In almost every comedy there are good jokes, and then there are jokes that totally fall flat,” says Geek’s Guide to the Galaxy host David Barr Kirtley. “And I didn’t feel like any of the jokes in this were totally falling flat. It felt like every joke was great or at least pretty good.”

One highlight of the series is Episode 7, “Pandora’s Mailbox,” in which the characters visit a futuristic smart house owned by James Cameron. TV writer Andrea Kail loved how the show skewers Cameron’s larger-than-life persona. “That was hands-down my favorite episode, for so many reasons,” she says. “I just imagine the writers sitting there, coming up with more and more ridiculous things in the writers room, and just dying laughing.”

Future Man’s main weakness is that the post-apocalyptic future it alludes to often feels sketchy or inconsistent. Science fiction author Anthony Ha loved the show, but found himself confused about some key details.

“You’re given these quick, rapid histories of the creation of the Biotics and the creation of the Resistance, and I have to admit that I didn’t quite follow it,” he says. “And so by the end of the [first season] I couldn’t actually tell you what distinguishes a human from a Biotic, how much free will they have, and why the Resistance decided to fight them in the first place. So a lot of that is kind of fuzzy in my head.”

Listen to the complete interview with Tom Gerencer, Andrea Kail, and Anthony Ha in Episode 350 of Geek’s Guide to the Galaxy (above). And check out some highlights from the discussion below.

“I thought the first episode, which is pretty much what we’re talking about here, was totally hilarious. I pretty much loved everything in it, but my main problem with the show is basically the whole premise. I don’t understand how these people from this world where they’re living in sewers and eating rats and have no electricity, how they made a game and sent it back through time, and why they thought that would be a good way to recruit somebody to be their savior, and why they needed a fighter—because they’re not going to have to fight anybody particularly in order to accomplish their mission. And why are they surprised when he can’t fight? My impression is that none of that makes any sense at all.”

“The whole show is references to various movies—not just Last Starfighter, Terminator, and Back to the Future—but in the first episode, where they kill all the bikers and ride off on their bikes, they’re all dressed like the characters in Easy Rider. And they do that through the entire show, there are these little jokes about different movies that are never really mentioned—if you get it, you get it. … I loved the episode where they go to the ’80s, and they do the volleyball scene from Top Gun, including the music. Wow was that hilarious. That whole episode, they make a reference to Silence of the Lambs, Midnight Cowboy, they have Spuds MacKenzie. And the sculpture that everyone keeps knocking into has got to be a reference to Beetlejuice.”

“We’re in this weird age of chefs and cooking and cuisine being a fetish. Do you know how many cooking shows and baking shows there are on Netflix? Quite a few. … [Wolf kidnapping customers] is a brilliant idea, not that I’m saying anybody should do it, but it’s such a wonderful, logically ridiculous extension of the stupid things people do in restaurants these days. And because I worked on a cooking show, I did a lot of research about crazy-ass things that people do their restaurants around. Honestly, they’re only about two rungs on the stupid ladder below that. There was a restaurant we found a few years ago that sold ‘gourmet water’ for $45 a bottle. I’m not kidding.”

“I’m going to remind myself here of a time in college where I sat through an entire bad fantasy movie with this group of guys, and at the end one of them said, ‘That was a pretty good movie, but in real life a wizard wouldn’t bleed.’ And so I’m about to sound exactly like that guy, I’m just going to warn you. But I really thought the time travel did make sense. I think within the logic of the story, within their rules, they were saying you always create a fork whenever you change anything. But sometimes in the fork you create, things are changed much more drastically. In some of the forks Josh still goes back in time, so when he comes back to his present, the other him is not there, because he’s gone back in time with [Tiger and Wolf]. But in some forks he’s changed it so drastically that when he goes back to the future, they haven’t taken him to the past, so he’s still there.”