Games Like Umurangi Generation Bring the Moment Into Focus 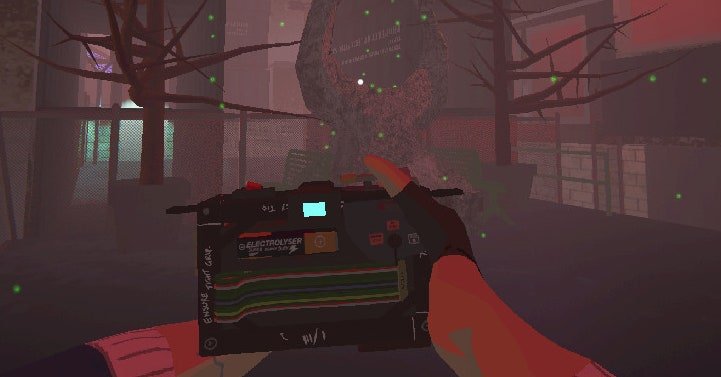 Video game photography is arguably enjoying a golden age. In recent years, the photo mode has exploded into blockbuster titles such as Spider-Man, offering intricate tools to pause the action, compose a shot, and tweak the finished result. You’ll find the results peppered throughout social media feeds thanks to the Share button found on modern controllers. Often these depict “cool” moments, sometimes even absurd glitches, but mostly such photos, like those of popular snapper and EA DICE screenshot artist Petri Levälaht, are concerned with the beauty of big-budget video games. With each like, retweet, and share, we collectively revel in the technical artistry of worlds now so visually detailed they appear to rival our own, enthralled by the sheer density and arrangement of their pixels.

If the DNA of this modern iteration of virtual photography can be traced back to video game marketing departments keen to promote their hyper-detailed wares, the speed and popularity of uptake reflects a grassroots longing to interact with game worlds differently. Stopping to take a picture can break a litany of tedious tasks. It presents an opportunity to observe rather than target, and to simply hang out in a space whose facades we tend to race through at an adrenaline-pumping clip. Like real-world photography, it’s also a way to document presence—to say “I was here” in whatever ephemeral digital environment we find ourselves.

Umurangi Generation, released last year for PC and scheduled for the Nintendo Switch in 2021, internalizes these disruptive principles of video game photography, and in the process builds its own rule set around them. Set in a violent neon future of battling kaijus, mechs, and break-dancing hipsters, you play as a parcel courier with a side hustle taking photos. Just like other games, there’s a checklist of menial objectives (“Take a photo with at least four robots in it” goes one), but this mostly feels like a prompt to get you looking at its world through the lens of its pleasingly mechanical DSLR camera. You won’t encounter an explicitly relayed narrative—there are no cut-scenes or dialog text; instead, the story is uncovered through the game’s lo-fi and maquette-like environments, each filled with sad, funny, and poignant details.

Umurangi Generation often asks you to photograph your crew of friends who congregate on busy street corners and the roofs of half-finished skyscrapers. You’ll see them surrounded by the paraphernalia of graffiti, skateboards, and boomboxes, all pastimes and objects with ties to claiming territory—just like photography. However, it’s not only these characters and the player asserting their presence but the game’s 28-year-old designer Tali Faulkner, whose Māori heritage is suffused throughout the world with visual cues like tāniko and raranga patterns. This, he explains over Zoom, is part of an effort to “solidify” the stories he’d been told about his background; like a graffiti artist, Faulkner painted his own perspective into the world.

The game’s surprising emotional range doesn’t end there; in a level bestrewn with candle-lit memorials, the camera becomes a tool of commemoration by the simple virtue of spending a few seconds isolating, framing, and photographing the wartime memorials. Taking their picture seems to uncover a melancholy—not just within them, but in other objects scattered throughout the environment. The lens, virtual or not, has a unique way of catalyzing significance.

This is where the game’s title derives from; umurangi translates as “red sky” in Māori, and its presence haunts the game’s grim landscapes.

It’s perhaps ironic that such acts of looking were inspired by startling acts of avoidance. The Australian bushfires of 2019 and 2020 destroyed the house of Faulker’s mother, and the game maker was struck by how little people seemed to care. “When you’re driving, one side of the road is fine and the other half is totally gone,” he says. “Then you turn on the TV and see that no one gives a shit, because the fire hasn’t reached Sydney yet.” This is where the game’s title derives from; umurangi translates as “red sky” in Māori, and its presence haunts the game’s grim landscapes. Alongside caustic billboards which seem to reference the climate crisis (one reads, “New Sydney: It’s like the old one but not underwater”), the glowing horizon is part of Faulkner’s critique of political and media classes that he suggests exercise willful blindness; giving the player a camera—a means to look closer—only highlights their shortcomings further.

A New Path for the Walking Simulator

Umurangi Generation isn’t the only photography game to make a splash in recent memory. Sludge Life was released within a week of Faulkner’s in 2020, and it bristles with a similar anti-establishment ethos, albeit with an emphasis on graffiti rather than photography. A year earlier, the serene Eastshade arrived, casting the player as a painter in a richly vegetated fantasy world; its compositional mechanics, however, resemble the framing involved in taking a picture rather than painting one. Most recently, Nuts asked players to film and photograph squirrels in a virtual forest. You’ll also find smaller titles on the indie game store itch.io: Shutter Stroll serves up pleasant, procedurally generated vistas for aspiring shutterbugs; solo developer Caves RD hands players a camera to snap an array of photorealistic spaces.