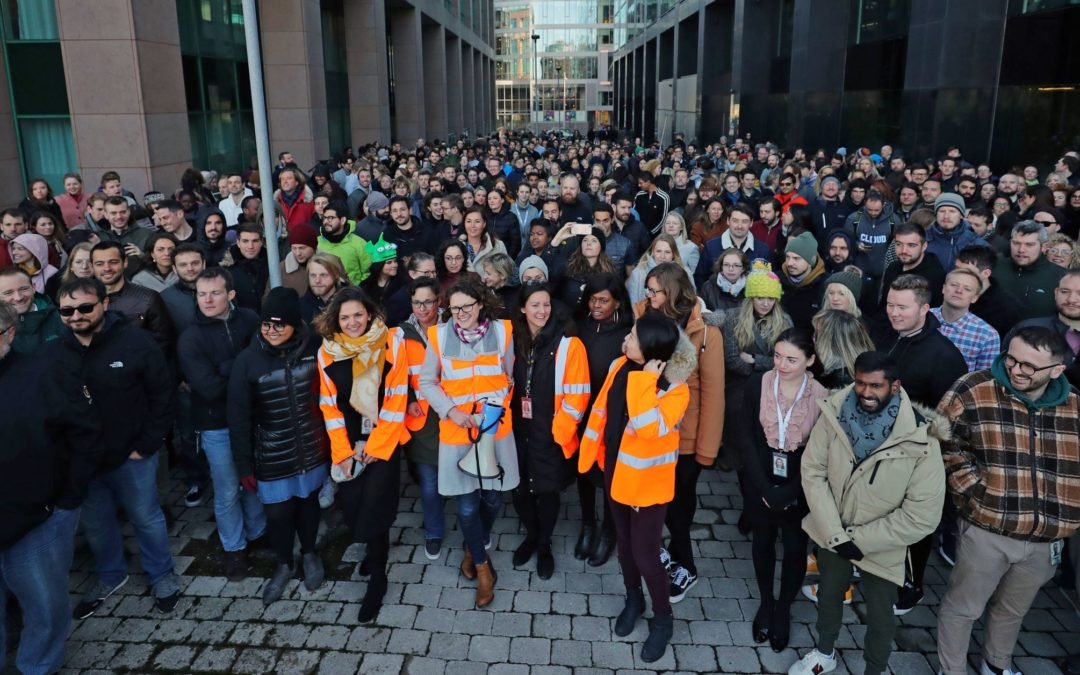 Remember last week when Samsung unveiled its “foldable” phone? Well, it appears there are still a few wrinkles to iron out. Meanwhile, Google walkout organizers say they’re facing retaliation from the company, a new Game of Thrones episode has come, and John Legend is putting Siri to shame. Here’s the news you need to know in two minutes or less.

Two Google employees who worked to organize a walkout of thousands of employees last November say the company is now retaliating against them. The employee claims range from demotions to forced medical leave. It’s not a great look for a company that just disbanded its AI Ethics Council this month.

Samsung’s much-hyped Galaxy Fold is on hold after review units sent out over the past couple of weeks failed fantastically. From flickering like a strobe light to bulges bubbling under the surface, it turns out making a usable foldable phone isn’t an open-and-shut process.

If you tell your Google Assistant to “talk like a Legend,” prepare for the smooth croons of Grammy-winner John Legend. It’s an interesting example of how digitally-copied voices can make computers more fun to talk to, but also opens the door to fake recordings meant to deceive. How accurate is Google’s attempt to recreate John Legend? Listen for yourself.

A big, juicy, controversial thing happened in last night’s Game of Thrones episode. We aren’t going to spoil it for you here if you haven’t seen it, but if you have and you need to talk, we have an episode review (and podcast) to get you through.

To celebrate Earth Day, we pulled together a list of our favorite upcycled and recycled products you can buy right now.

If you didn’t take this weekend to read the entire Mueller report, here are 14 overlooked takeaways you might want to know.