How Apps Commandeered the Age-Old Idea of Takeout 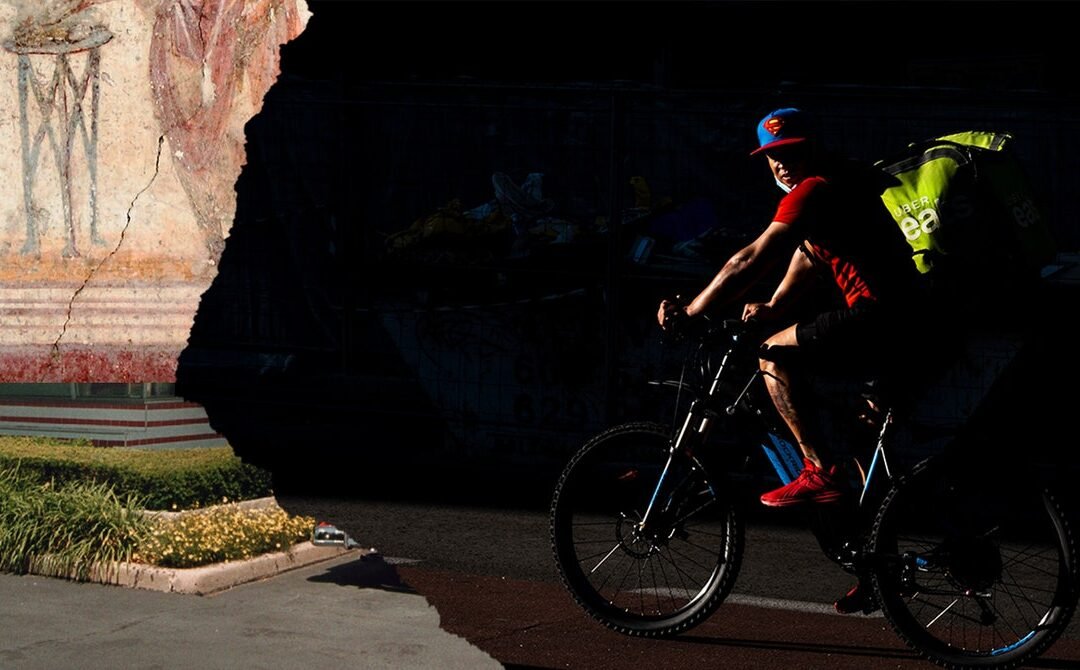 At the turn of this century, when Seamless was launched, mostly as a tool for offices to place large orders from restaurants and caterers, it didn’t register as a threat. Nor did Just Eat in Denmark (2001) or Grubhub (2004) or a host of others, which all began swallowing one another in a series of mergers and acquisitions that read like a tech version of biblical birth announcements: “And Just Eat acquired Hungryhouse from Delivery Hero, and Seamless merged with Grubhub, and Greylock Partners and Redpoint Ventures did invest in Just Eat, which begat SkipTheDishes.”

The arrival of the iPhone in 2007, followed by the 2008 recession and a whole generation of young engineers mobilized to create apps in a get-rich-quick land rush to be the next Facebook, was an indefensible assault on restaurants. A host with a reservation book and a landline was under-equipped to compete with order-placing technology that was suddenly in every diner’s pocket, feeding data into Silicon Valley app companies. Within a few years, these companies knew more about a restaurant’s customers—what we wanted, when we wanted it, how much we were willing to pay—than a small business ever could.

In 2016 a number of these companies made news by stopping their so-far-unobstructed growth. Before shutting down, Bento conceded that there was more money to be made in catering than on-demand delivery, SpoonRocket sold its technology to Brazilian food chain iFood, and Square tried to sell Caviar to Uber or Grubhub.

As word got out that third-party delivery was unprofitable, despite much-heralded sales, the conversation shifted. The problem wasn’t that the emperor had no clothes, that these companies—valued in the billions, with more investment cash pouring in every day—had hustled restaurants and investors. It was that of course delivering food wasn’t profitable. Not with human labor. When restaurant meals could arrive at our door via drones, robots, and self-driving cars, however, that’s when the sector would go from red to black. “If we don’t get the [autonomous car] software thing nailed, we’re not going to be around much longer,” Uber CEO Travis Kalanick told USA Today in 2016.

These companies skirt around the particulars of what service they actually provide, reminding you that you get food brought to you because of them, in some hard-to-quantify way.

All of these enterprises prefer to be known as tech companies, as opposed to taxi or restaurant businesses. That’s true. They don’t deliver food. Many of them farm out the physical schlepping to other agencies, like Relay, Homer Logistics (acquired by Waitr), and Habitat Logistics. Bike and car couriers are never employees but “independent contractors,” granting the company the maximum exemptions from labor and employment laws regarding scheduling, overtime, sick pay, and wages.

Committed to the legal fiction that their product is something other than delivery, and that couriers are not employees, these companies skirt around the particulars of what service they actually provide, reminding you that you get food brought to you because of them, in some hard-to-quantify way. “Grubhub helps you find and order food from wherever you are.” “Uber Eats is the easy way to get the food you love delivered.” “Whatever you want, we get it. Order delivery for yourself or with friends and watch in real time as your Postmate brings you all the things you love.” It’s an impressive feat of copywriting, implying that they deliver food without stating it and therefore avoiding the liability of identifying themselves as delivery companies.