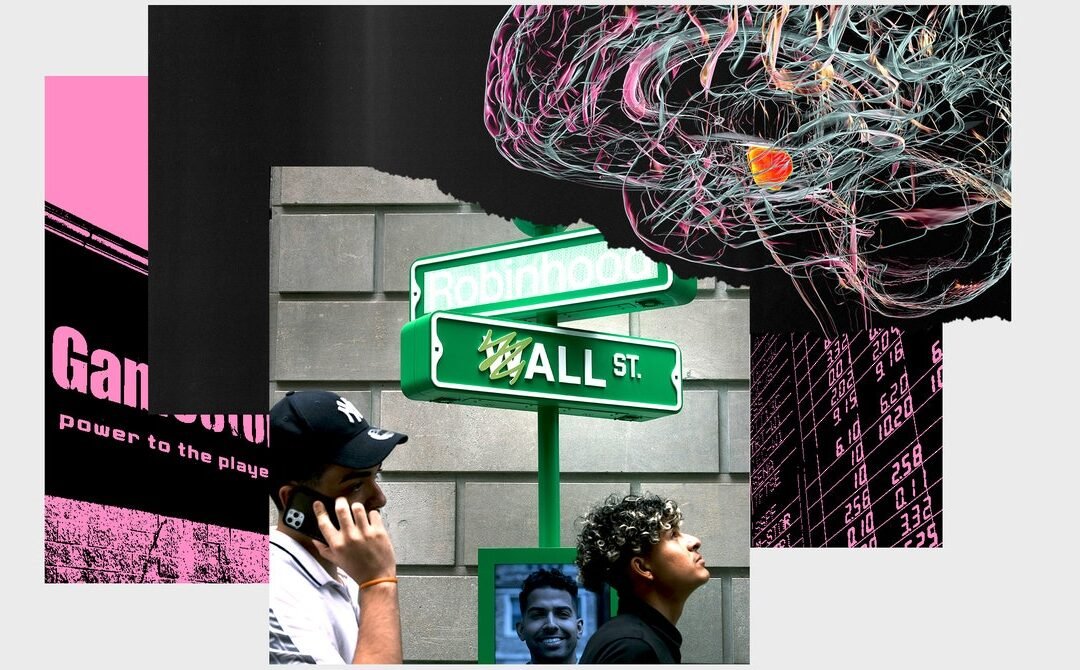 Because of another bias, the Dunning-Kruger Effect, people who know little about a subject tend to be more confident than those with average knowledge. In the pandemic bull market in which almost every stock rose, particularly those shunned by investing experts, newbies were more likely to attribute their good fortune to skill rather than luck.

Advertising for self-directed brokers has long targeted those human foibles while hinting at riches. Robinhood avoids the promise of extreme wealth in its marketing message, though. It targets a more cynical generation that came of age during the global financial crisis. The underlying message is similar, though—anyone can do it: “You don’t need to become an investor. You were born one.”

But we aren’t. The psychological biases that allowed our ancestors to avoid being eaten by lions also handicap us when it comes to buying and selling stocks. The more distance we can put between our hunter-gatherer brains and hitting “buy” or “sell,” the better. Making decisions more frequently is likely to cost us and benefit someone else.

Another distinguishing feature of Robinhood’s app is that it encourages activity. Stocks with big daily moves are displayed prominently, stoking FOMO. Before the feature was disabled amid a lawsuit accusing it of using “gamification” to lure inexperienced investors, winning trades would often trigger confetti showers.

It isn’t quite Candy Crush with money, though. The millions of mostly young, male users of apps like DraftKings who played daily fantasy sports and then began wagering after it was legalized in 2018 felt instantly at home with the colorful, intuitive app. Instead of being offered free bets when they signed up, Robinhood’s customers got a free, random share of stock.

“I highly suspect they took a lot of design features from sports betting apps—even the lottery-style mechanic of getting that first stock,” says Keith S. Whyte, executive director of the National Council on Problem Gambling. “There’s a similarity in the encouragement to play frequently.”

Confetti showers only went so far in drawing in new investors. A big part of the appeal was the choppiness of the market as the pandemic took hold. It coincided with an explosion in trading. “The volatility—it was the same sort of rush when I play poker,” says Seth Mahoney, who was 19 years old at the time he made his first trade in his new Robinhood account that spring. “You feel giddy.”

Like many new traders, Mahoney had some thrilling initial victories punctuated by setbacks. It turns out that winning occasionally, and randomly, like the payout of a slot machine, is even more alluring under the right conditions. The renowned behaviorist B. F. Skinner found that rewarding people with a “variable ratio schedule” to get them to do a task gets them to do it most consistently. He also found that the behavior then becomes “hard to extinguish.”

More addictive than betting on real games featuring top athletes, though? Less than a year before GameStop mania, Robinhood and its peers would have an incredible stroke of luck—some of the most thrilling conditions ever witnessed in the stock market coincided with the sports world going dark. Trading exploded, briefly lifting the values of companies with no profits. Literally worthless companies would double overnight before crashing again. Securities regulators were slow to intervene, if they did at all.