How to Live on the Precipice of Tomorrow 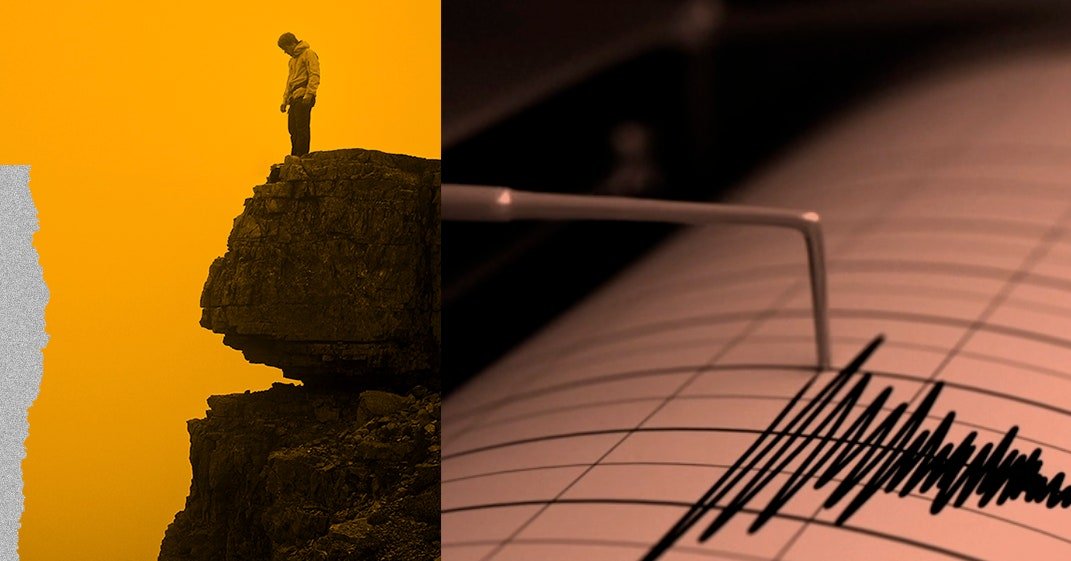 We are being pitched futures all the time. Every advertisement, every political campaign, every quarterly budget is a promise or a threat about what tomorrow could look like. And it can feel, sometimes, like those futures are happening, whether we like it or not—that we’re simply along for the ride. But the future hasn’t happened yet. We do, in fact, get a say, and we should seize that voice as much as we possibly can. But how? I’ve spent the past eight years making over 180 episodes of a podcast about the future called Flash Forward. Here, in a three-part series, are the big things I’ve learned about how to think about what’s possible for tomorrow. (This is part 2. Read part 1, and check back soon for part 3.)

It’s easy, and often quite fun, to laugh at past predictions about the future. In the 1905 book A Hundred Years Hence: The Expectations of an Optimist, author T. Baron Russell predicted the demise of stairs. “The plan of attaining the upper part of a small house by climbing, on every occasion, a sort of wooden hill, covered with carpet of questionable cleanliness, will of course have been abandoned,” he writes. “It is doubtful whether staircases will be built at all after the next two or three decades.” There are hundreds of listicles online full of incorrect predictions—everything from Time magazine confidently declaring that remote shopping will never succeed to The New York Times claiming that a rocket could never leave Earth’s orbit.

It’s also easy, although perhaps less fun, to feel as though we ourselves, right now, are just on the cusp of something worth predicting. And if you believe the people who get to hold microphones and make speeches, or go on podcasts, or tweet viral Tweets, we are indeed right on the edge of something revolutionary. What that revolution is changes—maybe it’s apocalypse, or the singularity, or war, or a cure for Alzheimer’s. It doesn’t really matter, exactly, which cliff we’re leaning off of. The important part is that we’re always a half-step away from whatever is on the other side.

But are we? Can we actually know if we’re in the moment of change? Some historians and philosophers argue that it is impossible to know whether future people will care about our current events, because we don’t know what happens next. Others say that no, it’s absolutely possible to know in the moment if an event is historic. “Most of us have had the experience in our own lives—unfortunately, maybe too regularly lately—where things happen in the world and we think, wow, that’s a big deal,” says Matt Connelly, a historian at Columbia and author of the book The Declassification Engine. For Americans, moments like the planes hitting the Twin Towers or the uprising on January 6 come to mind. “Moments where you think to yourself pretty quickly, ‘I’m going to be telling my kids about this.’”

But those big events are rare. And for every one of them there are smaller events that wind up being critically important only in hindsight. When Van Leeuwenhoek showed people the first microscope, nobody really cared. When Boris Yeltsin picked a guy named Vladmir Putin as his successor in August 1999, most people—even in Russia—didn’t think it would be a globally historic choice. When Alexander Graham Bell pitched his new invention, the telephone, to Western Union in 1876, the company laughed him off and called the device “hardly more than a toy.”

So which side of this argument is right? And how would one even figure that out? This is what Connelly set out to do in 2019 with his paper called “Predicting History.”

Tracking past predictions to see whether they turn out to be correct is hard to do. One way to figure out how good (or bad) we are at predictions would be to start polling people now about current events, and then wait 30 years and go back and see if those polls were correct. But nobody is doing that, Connelly says, because that experiment would be impossible to get funding for.